A Brief History of Ceylon Tea, from Lipton to Teaeli 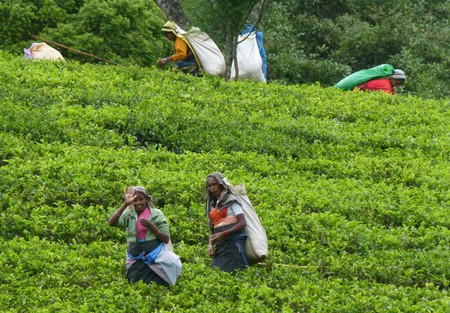 Sri Lanka is currently the fourth largest tea producer in the world. However, the history of tea in this country isn’t marked by how much is produced, but by the influence it has had on the nation and the tea culture as a whole. Each one of us, at some point in our lives, has heard of, seen, or drank Ceylon tea. Sri Lanka was know as Ceylon during the British colonial era, thus so was their tea. Read on to learn about its history.

The history of Ceylon tea ironically starts with coffee. Tea was first introduced to Sri Lanka during the British colonial era along with other crops (like coffee and sugar cane) for testing in different parts of the island. In 1867, the first official tea plantation was created by the Scotsman James Taylor who had originally come to the island to grow coffee. It wasn’t until was two years later that the promising coffee production was undermined by a leaf fungus. It was then that tea was put on the crop pedestal and the rest is Ceylon tea history.

The first shipment of Ceylon tea arrived in England in 1873, paving the way for the worldwide spread of the locally grown leaf.

A few years after the Taylor estate started doing well, he was joined by Thomas Lipton, the founder of Lipton Tea. For many years to come, Lipton remained the most famous brand in the UK. Nowadays, it’s not as highly ranked as it used to be, but it sure made its mark. Lipton was the first to add brewing instructions on tea bags and lower the cost of tea so that it was attainable by everyone. In Sri Lanka, the tea brand Lipton Ceylonta is one of the favorites when making pots of sweet, strong tea to have with short eats. 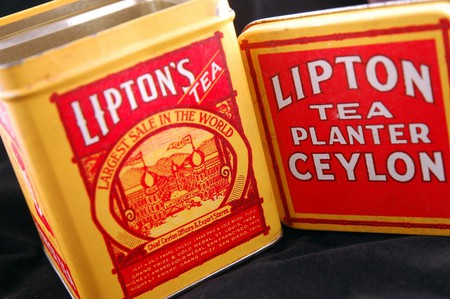 After Taylor and Lipton, the tea plantations expanded all over the hill country around Kandy, then Nuwara Eliya and some other higher altitude areas of the island. The planters built comfortable bungalows in the mountains where they could watch over their crops and enjoy the crisp mountain air with their families.

In recent years, the best bungalows have been refurbished and turned into boutique hotels and private villas. Spending a weekend in a planter’s bungalow is a great way to escape the heat of the capital and breathe some fresh air while you take in the history of Ceylon tea in its epicenter.

The Sri Lanka Tea Board

In 1976, the Sri Lanka Tea Board was funded, in hopes of controlling the quality of all teas being exported from the island, including both private and those belonging to the government. They established a seal of authenticity with the lion from the national flag as a way to help manufacturers and exporters show that their tea is the real thing.

Let’s fast forward to the time of independence from the British and the rise of some of the most influential tea families in Sri Lanka. Mackwoods Tea started as a family enterprise but was sold to local managers, maintaining the name. The real tea family of Sri Lanka is Dilmah, funded my MJ Fernando over 30 years ago. Dilmah Tea can be found all over the world, in hotels, airplanes and homes everywhere. The range of tea flavors is unprecedented and their community efforts to help their workers is admirable. Dilmah Tea is the one to follow if you want to know all about tea in Sri Lanka.

The ‘original’ Ceylon tea is black tea, but now Ceylon includes green and white teas as well. Green tea was introduced to the plantations in the 1980s and is quickly becoming one of the largest exported products on the island. White tea is a special tea, also called silver tips. This tea consists only of the tea leaf buds at the tip of the plant, generally picked at dawn and rolled by hand. When brewed it seeps into a delicate yellow color and is considered to be one of the finest teas in the world.

The future of Ceylon tea

As tea culture evolved around the world, so did Ceylon tea. Infusions with flowers and flavors made their way into the collection of classics like Earl Grey and English Breakfast. Organic tea manufacturers like Amba and Organic Life joined the long list of Ceylon tea manufacturers. Dilmah has created tea inspired menus in their restaurants and hold tea competitions. A relatively new name in the Ceylon tea realm is Teaeli, and this brand is creating innovative mixes such as ‘after dinner mint chocolate’ and ‘cherry marzipan’.