Haemin Sunim on Living Mindfully in 140 Characters or Less 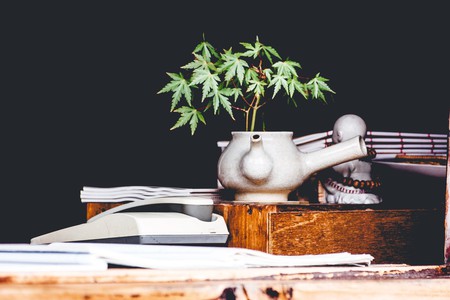 Haemin Sunim, one of South Korea‘s preeminent Zen Buddhist teachers and the author of The Things You Can See Only When You Slow Down insists that mindfulness can be practiced anywhere, at any time – even in a world as busy and as connected as ours. In fact, he utilizes our connectedness – primarily through social media – to encourage others to slow down and take a closer look at their surroundings to rediscover the joy in what they do. His Twitter account has attracted over 1.2 million followers, who find inspiration from his relatable words of wisdom, which are eloquently conveyed in 140 characters or less. The following ten tweets are among his most inspiring.

On dealing with negative emotions…

Allow your difficult emotion to be there and see what happens. It isn't the emotion itself making you suffer. It is your resistance to it. pic.twitter.com/XtWtF8FPLq

If you love him, don't try to change him. Just be there and listen to his story. Loving presence is more healing than correct words. pic.twitter.com/BjB6aHhxsI

On enjoying the little things…

Find a micro-moment of happiness. Enjoy spring flowers or favorite songs. Have chocolate or tea. What matters is your intention to be happy pic.twitter.com/fq9mdHu8yQ

A large boulder teaches us
not to waver and to stay true
even when the waves of praise or criticism rush over us. pic.twitter.com/HKq1lJYJRC

Measure your self-worth not with the balance of your bank account but with the frequency of your generosity. pic.twitter.com/6Z1nmunevz

Tell it to your anxious thought, always worrying about the future, that "I will worry about it when that actually happens." pic.twitter.com/L0W0Bw3qUm

Your only sin is that you have forgotten who you really are. You are not just a dangling fragile leaf but the entire tree. pic.twitter.com/mn5H3sHC9a

On getting things done…

Write down all the things you have to take care of. Then find the easiest one you can do and do it. You will feel much less overwhelming. pic.twitter.com/T644H70YPp

When there is love, there is beauty. When love is drying up in your life, look for the beauty around you. That is where love can be found. pic.twitter.com/8I2hfyt3zR