Why the Philippines is Obsessed With Basketball 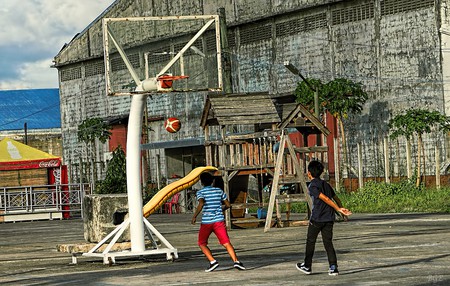 Basketball is everywhere you look in the Philippines: in tiny fishing villages on the islands of Palawan, on gritty street corners in Manila and Cebu, and on television screens from north to south of the archipelago. Where does this passion for the game of hoops come from? Find out as Culture Trip explores the Philippines’ continuing love affair with basketball.

There’s no doubt about the origins of basketball on the Philippine islands. In 1898, American colonizers introduced the sport as part of revisions they made to the official Philippine school system. Although the Americans also attempted to teach baseball, basketball was the sport that took off, and just 15 years later, the Philippines won gold in the 1913 Far Eastern Games. 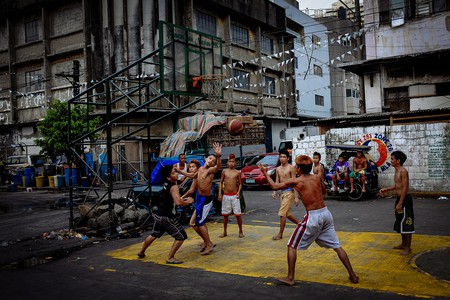 The Filipinos’ love for basketball may begin at any time, but it is definitely nurtured by the school system, from primary school up to the collegiate level. In 1938, the University Athletic Association of the Philippines (UAAP) was born. This varsity league is still alive and kicking, and many non-players get roped into the passion and excitement of the game during their university years, as long-standing rivalries come to a head and thousands of students troop to the Araneta Coliseum for the heated finals of each UAAP season.

Many visitors to the Philippines wonder about the roots of the Filipinos’ adoration for the sport, considering that Filipinos are not known for their height (a major asset in basketball). Experts point to the basketball’s accessibility, its entertainment factor, and its fast pace as the main reasons why it has merged so well with Filipino culture.

Since it requires little space, no maintenance, no expensive gear, and no required number of players for a social game, basketball carries well across the poverty-stricken Philippines, where it staves off boredom for countless Filipino teenagers. Besides being easy to learn, the sport also fits well in the Philippines because of its strategic and dynamic nature, making the game rewarding for both players and spectators. Filipinos, who love being entertained, enjoy being kept on the edge of their seats by the game’s unpredictable twists.

Beyond this, the game has become a source of national pride for the country. The Philippines won bronze at the 1960 FIBA World Championship, the highest finish to date of any Asian nation in the games (now the FIBA World Cup.) By 1975, the Philippines had established the Philippine Basketball Association, the first pro basketball league in the world outside of the United States. Despite their small stature, Filipinos are surprisingly adept at the sport, and the country holds countless gold medals from regional competitions.

The country’s love for the game continues. The National Geographic documentary Pinoy Hoops takes a deep look into how the sport is played in the Philippines. The government has been known to postpone elections rather than have them clash with dates of the NBA Finals. Nike reports that the Philippines is its third largest basketball market after the USA and China. It’s safe to say that nothing unites Filipinos of every social class on 7,107 islands more than what happens on the basketball court.