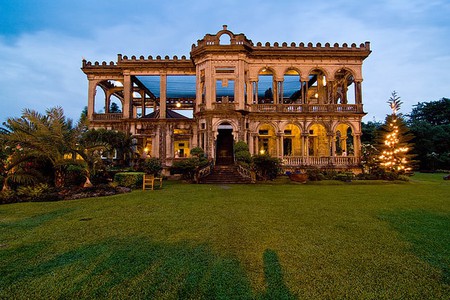 In the middle of a vast sugarcane plantation lies a skeletal frame of what used to be a massive family mansion. It may be stripped of what made it an opulent abode, but its size and details give hints of its luxurious past. It was built by Don Mariano Ledesma Lacson, a sugarcane baron. Built in the 1900s, The Ruins serve as the top attraction of Negros Occidental in the Visayas region of the Philippines. Beyond its aesthetics, it is adored for its tragic history.

The youngest of eight siblings from a rich family, Mariano Lacson loved to travel, and in one of his travels to Hong Kong, he met a Portuguese lady named Maria Braga from Macau. Smitten with her, Mariano asked Maria’s father, who was a ship captain, for his daughter’s hand. Due the similarity in their names, Maria’s father believed they were a match in heaven. 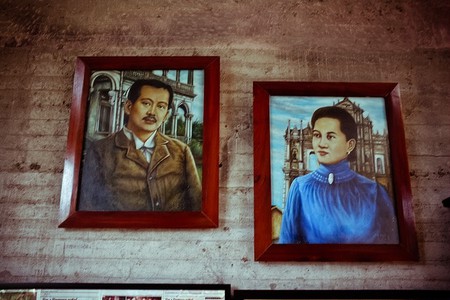 The couple settled in what is now Talisay City, a few minutes from the capital city of Bacolod. Since having many children was the norm in those days, the couple had 10 children before long. Soon, Maria was pregnant with their eleventh child, but she slipped in the bathroom and bled profusely. Mariano asked one of his servants to fetch a doctor in the nearby town of Silay, but the doctor came too late. Maria was dead.

The Taj Mahal of Negros Occidental

Mariano decided to build a new mansion in honor of his late wife where he and his 10 children could live. Maybe their current family home – not too far from where The Ruins stands – reminded the sugar baron of his wife and her death.

Informing his father-in-law, he was given consent along with money to help with both the construction and the Italian architectural design for his new mansion. Unlike other grand mansions of those days, the Lacson mansion was made of pure concrete. For finishing, egg white mixture was used giving the mansion its white marble-like finish. Metal columns used in railways were used to reinforce the mansion’s pillars. 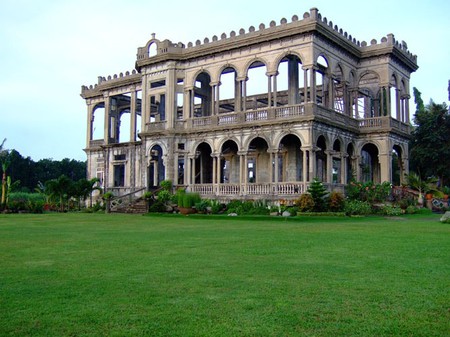 Don Mariano Lacson Mansion also known as, The Ruins | Courtesy of The Ruins

Current visitors of The Ruins love the small details of the house, like the shell-inspired decor spotted around the top edges of the mansion, a tribute to Maria Braga’s father who was a sailor. The posts of the mansions are lined with what looks liked engraved letter “Ms” turned on their side. They stand for ‘Maria’ and ‘Mariano’.

Mariano’s mansion has a total of 10 bedrooms, covering an area of more than 900 square meters. For years, it must have been a gem, but, during the war, this grand house was set on fire by Filipino rebels to prevent the Japanese from using it as a command center. For three days, the Lacson Mansion was an inferno, resulting in its current form. Its framework still intact along with its original tiles.

Direct descendants of Mariano and Maria Braga-Lacson manage The Ruins. It’s a not-to-be-missed attraction and, no doubt, a certified Instagrammable place; its romantic ambiance is still felt by its visitors. True love endures.