The Finest Filipino Chefs You Should Know 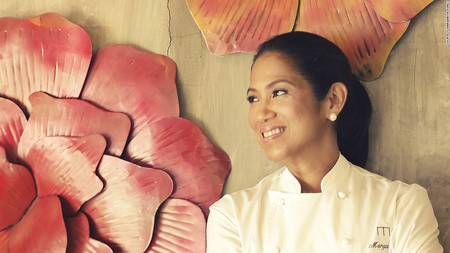 The world knows so little about Filipino cuisine, it may come as a surprise that the country actually has a strong culinary tradition and has produced some outstanding chefs. And right now, the food of the Philippines is experiencing a renaissance both at home (take Toyo Eatery, for example) and abroad – think Romulo Café in the UK and Purple Yam in New York. Here are five top Filipino chefs you should know.

Claude Tayag’s restaurant Bale Dutung has been the keeper of Pampanga’s many recipes for a long time now. For those who are in the dark, Pampanga is the leading province in the Philippines when it comes to food and traditional cooking. At Bale Dutung, which was visited by Anthony Bourdain for his No Reservations TV series, Tayag and his wife serve vibrant Kapampangan dishes like you’ve never had them before.

Tayag is also an artist and writer, but it’s his self-taught culinary chops that have won him national and international attention. On the restaurant website, he calls his cooking, ‘celebratory food that’s meant to be shared’.

The head of Antonio’s Group of Restaurants, Tony Boy Escalante has carved a culinary niche for himself in the cool hillsides of Tagaytay. Escalante chose a rural setting for his artisanal farm and, later on, Antonio’s Tagaytay. The restaurant is on the 2015 list of Asia’s 50 Best Restaurants, and was named San Pellegrino Best Restaurant in the Philippines. Originally from the Visayas region of the country, Escalante worked as an airline steward and a dentist before turning his attention to the kitchen. He now has four elegant restaurants in Tagaytay, serving produce from his own farms in impeccable dishes such as Lechon de Leche – slow-roasted organic suckling pig rubbed with herbs and spices.

Winner of Asia’s Best Female Chef in 2016, Margarita Forés is a renowned chef and restaurateur, with several establishments to her name, including high-end catering company Cibo di M, Filipino comfort-food haunt Café Bola and contemporary dining venue Lusso. Forés studied to be a public accountant, but her love of cooking was sparked on a food tour of Italy, from where she draws many of her culinary influences. At her farm-to-table restaurant Grace Park, the self-taught chef showcases organic, home-grown ingredients in her Filipino and Italian menu. She also recently launched a Manila branch of Italian culinary school Casa Artusi.

Cristeta Comerford is the first woman and first person from an ethnic minority in the States to become executive chef at the White House, a position she’s held since 2005. One of 11 children, Comerford grew up in Manila. Her mother was a passionate home cook, and her family dined on organic ingredients from their own livestock, rice field and fish pond.

Comerford studied food technology at the University of the Philippines. When she was 21, opportunity took her to the United States, where she worked her way up in hotel kitchens, all the while honing her technique. When she and her husband, also a chef, moved to Washington, they were often called on to help cook for state functions. And when a position opened up in 1995, Comerford joined the staff as sous chef. At 42 years old, she out-cooked 450 applicants for the title she now holds.

Born and raised in Manila, Manzke started cooking in her parents’ restaurant and, later on, a resort kitchen just outside the capital. She went on to earn her culinary stripes at Le Cordon Bleu in London and The Culinary Institute of America in New York. She met her husband, Walter, now one of LA’s most well-known chefs in the States, and together they’ve opened a string of highly regarded cafés, bistros and eateries in California. Manzke was semifinalist for the James Beard Award for Outstanding Pastry Chef, and her exquisite bread and pastries are a key component in the success of bakery-bistro République and four Wildflour cafés in Manila, where they sell out over 1,200 cronuts a day.