The Curry Trail: The Roots of Indian Flavours in the Philippines 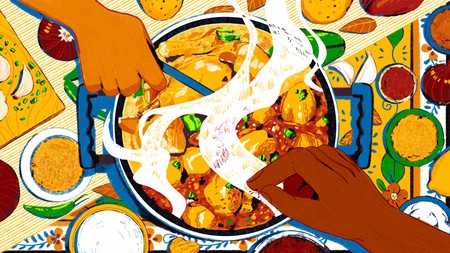 Our home is an intriguing blend of both Filipino and Indian cultures. My mother and father come from distinct food backgrounds, stubbornly persistent and hard to please – especially in the kitchen. After a lifetime of eating the hot and sour flavours of sinigang and sisig, my Filipina mother learned how to cook Indian food from scratch to make my dad happy.

The differences between Filipino and Indian food are vast – and the addition of heat is a point of great contention in our household. “Put in a few more chillies,” you’ll often hear my father say. Mother will pretend to chop more into the boiling pot. An argument will ensue during dinner over the lack of spice. But just like any family, learning how to compromise is key in keeping the peace. In the end, we settle for a slightly numbing chilli level that works for all.

The Filipino palate is big on sour, salty and sweet flavours, with a strong aversion to spice. When served chicken curry in Manila, you’ll find it a mild, pastel-hued dish that is closer to a stew, the meat mixed with carrots, bell peppers and sweet potatoes. It’s miles away from the chilli-infused gunpowder I am used to at home. It took time for my mother to adapt to the bolder, complex elements of Indian food. But she has since perfected the techniques that make dad happy.

It wasn’t so easy for me to reconcile my Indian heritage with our Filipino neighbours. As I got older, it was challenging to explain that ‘Bombay’ is a city and not a collective (and some would consider racist) term for Indians and that we don’t put curry powder into everything we eat. But the option of having two cuisines under one roof highlighted the distinctness of each ingredient during dinner. I unwittingly became an expert on two food worlds.

Filipino cooking relies heavily on soy sauce, fish sauce and vinegar. In India, fresh chillies and the holy trinity of garlic, ginger and onions are the base of most curries – a multitude of masalas (ground spices) defines each dish. Then there are the additional dried and ground spices that vary from region to region. In the Philippines, bay leaves and peppercorns count as spices, and chillies (if ever) are only introduced towards the end of the cooking process.

Over years of practice, the spices used in our Indian dishes at home have influenced the way we prepare Filipino food. We adjust recipes to accommodate the mild addition of spice to classic Philippine-style soups and stews. But Indian influences on Filipino cooking, as it turns out, stretch far beyond the walls of my family home – the two cuisines have been married for centuries. 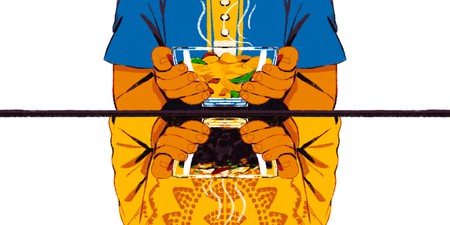 The birth of Filipino curry

The Spanish may have distinctly influenced Philippine cuisine through centuries of colonisation, but Indians were trading with the Philippines since the ninth century BC. Indeed, 25 percent of the Tagalog language is based on ancient Sanskrit words. Also, Hindu kings ruled the country 2,000 years before the arrival of the Spanish – long before the national dish, adobo, was first documented.

The birth of Filipino curry is traced to the 18th century. The British, along with 500 sepoy troops (army privates from Madras, India), occupied the capital of Manila during this time. When the British withdrew in 1764, the sepoys formed a mutiny against General William Draper’s fleet and refused to return to England. They took residence east of Manila, in Cainta, Rizal, assimilated with locals and intermarried. When their madras curry powder ran out, they improvised and used readily available ingredients found in the local markets as substitutes for the Indian spices. Annatto replaced turmeric, while coconut milk became a substitute for yoghurt. The celebrated Philippine dish kare-kare – a yellow-orange, peanut-based stew – is inspired by the Madrasi curry.

The name of the roadside food stalls in the Philippines that we now call karinderia has its roots in kari, or karehan, where the newly settled Indians sold curry dishes to local pilgrims who were travelling through Rizal to reach the Antipolo Cathedral.

Curry traditions of the Philippines

There are two kinds of curry traditions in the Philippines. On the northern island of Luzon, residents use chicken cooked with bay leaves, garlic, onions, ginger and curry powder. Fish sauce, instead of salt, is added to elevate the taste, with coconut cream poured in at the end. The use of pork, bird’s eye chillies and lemongrass are optional.

In comparison, during my travels throughout Mindanao in the south, I found the island uses bolder flavours in its curries, with heat levels comparable to its Asian neighbours Indonesia and Malaysia. These areas have retained an Indian-Malay influence through centuries of trade, which can be sampled in the kulma, a take on the Indian korma; rendang, similar to Malaysian and Indonesian curries; and tiyula itum, a beef curry blackened with burnt coconut meat and a speciality of the Tausug people (an ethnic group in the Philippines).

On a recent trip to Lanao del Sur in Mindanao, street stalls served up large vats of chicken and coconut stew. Chicken piaparan, from the Maranao tribe, is made with garlic, onions, ginger, turmeric, chilli and various vegetables before it is stewed in coconut milk. Once cooked, the chicken is taken out from its broth and combined with grated coconut and spiced with a local chilli-based condiment called palapa. The levels of spice are close to what my Indian dad and I are accustomed to. 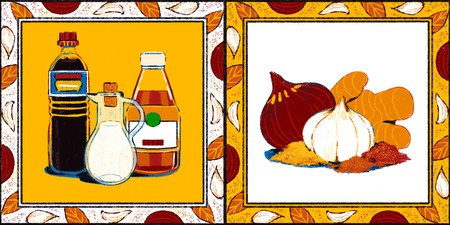 A fond reminder of home

Our weekly curry sessions are still a fond family tradition at our home. My mother is now in her mid-70s, which makes her movement in the kitchen limited. I’ve taken over the cooking duties and know her recipes by heart. But like my dad, I still get into trouble for adding more heat to the stew.

Beyond my Indian-Filipino household, Philippine-style curry is a welcome part of all regional Filipino cuisine. Whether your family adds fresh chillies and grated coconut or throws in a few potatoes or a vibrant cup of green peas, India’s influence has married so seamlessly with Philippine culinary history that most of us forgot it was there at all. The addition of fish sauce may raise the eyebrows of a few Indian grannies (and my dad), but in the end, there is no universal recipe.