The 10 Best Waterparks in The Philippines 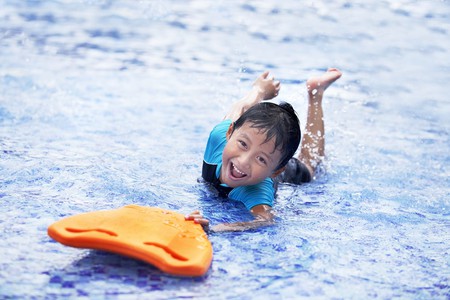 As the Philippines has only two seasons, namely wet and dry, locals and foreign travelers take advantage of the summer season to get into the waters and spend an entire day cooling down at the beach or nearby swimming pool. Tourists regularly head over to the country’s many waterparks to make a splash, explore thrilling slides and rides, and escape the heat of the sun. Here’s our pick of the best. 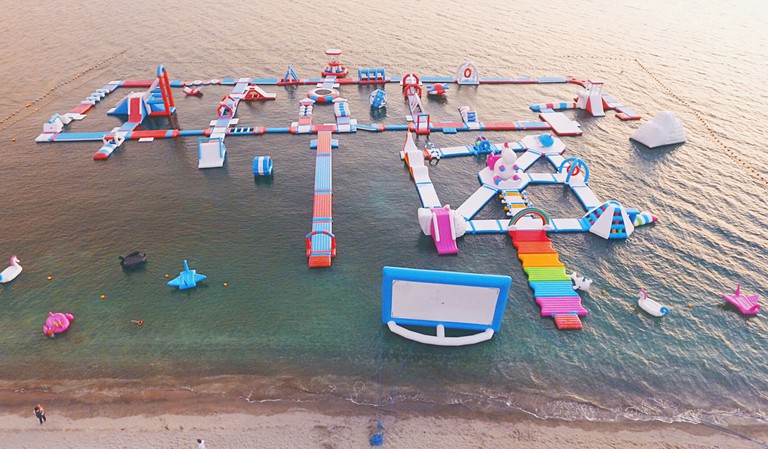 For a whimsical summer treat where you can run, bounce around, and make a splash, head over to Inflatable Island and have fun in an exciting aquatic playground that spans nearly 45,000 square feet. Known to be Asia’s biggest floating playground, the inflatables range from kid-friendly to more challenging – a human launcher, trampoline, and giant Tarzan swing, to name a few. The most irresistible part is the Unicorn Island that features a giant unicorn surrounded by rainbows and adorable creatures. Enjoy a day at this floating zoo and take lots of Instagram photos for your feed! 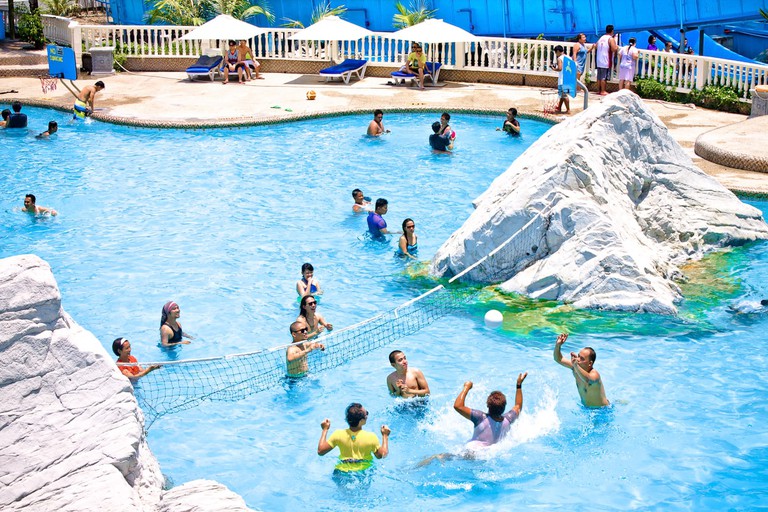 Located only twelve minutes away from Subic Bay Freeport, this seven-hectare park-like property boasts a wide beach area, and recreational facilities such as their waterparks that are both kid and adult-friendly. Make sure to try all their amazing waterslides and their inflatable waterpark, too. The property’s convenient location allows you to enjoy the panoramic view of the sunset, and nearby scenic mountain ranges. Plus, they have a lot of room accommodations to choose from so if spending a day splashing with the waters is not enough, you can book their rooms for a night or two. 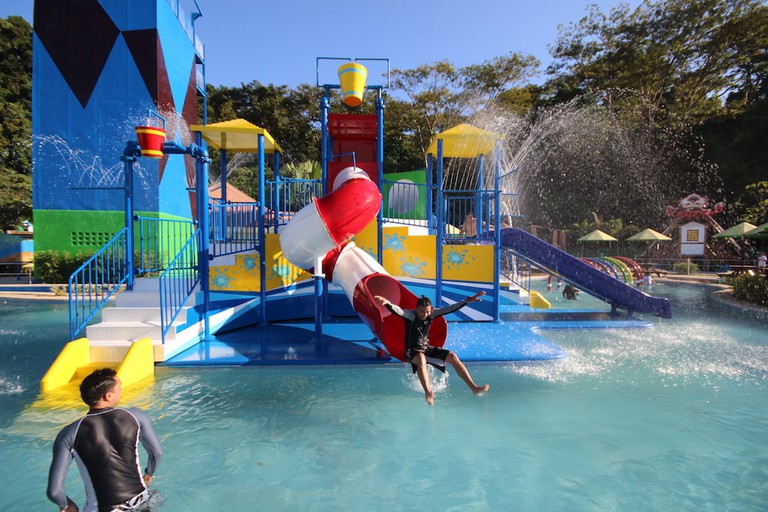 This newly-opened waterpark occupies an area of 7, 442 square meters and can accommodate up to 700 guests. While it’s smaller than the usual giant parks found in the country, adventure-seekers love the place because every attraction in the waterpark is within easy reach. All of their waterslides are child-friendly so families with small kids don’t have to worry about any unfortunate incidents. With a fixed entrance fee, visitors have the chance to explore their twin-twister slides (with spectacular views of Subic from the top), splash all day, and try a thrilling ride that mimics whitewater rafting! 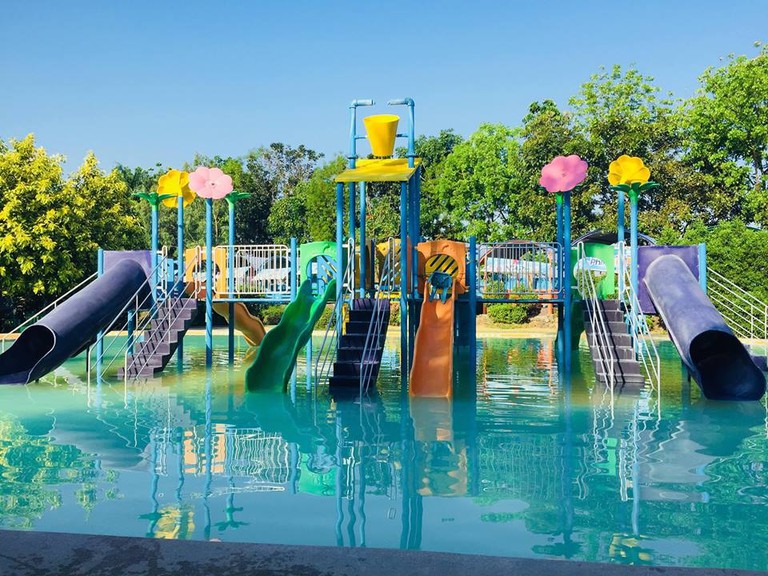 Rated by Google as the second-fastest-rising summer destination in the Philippines, Amana Waterpark takes pride in having a 3,500 square meter wave pool that produces the biggest kind of wave in the country called Tsunami Wave. Apart from their Tsunami Wave, they also have 13 other kinds of gigantic waves that anyone will want to experience! Kids will love the many life-sized Hollywood movie character statues in their various character-themed pools such as Batman Pool, Avatar Pool, Jurassic Pool, and Interactive Pool that features the minions from Despicable Me. 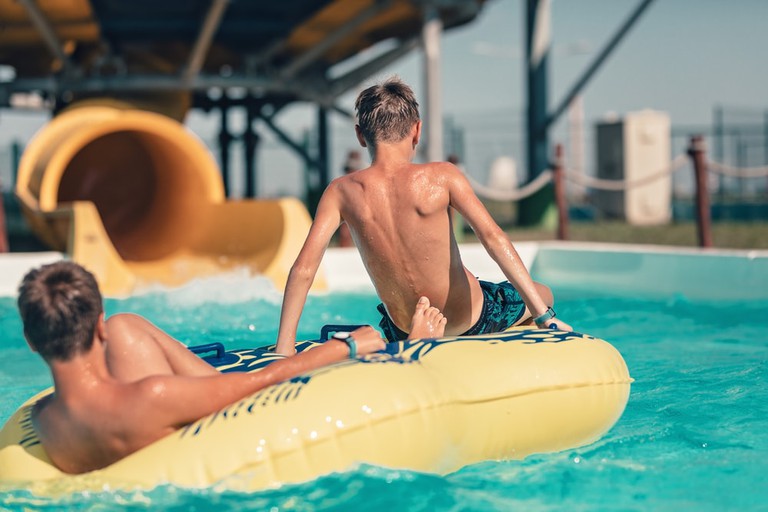 Young people having fun on the water slide | © MAD.vertise / Shutterstock

Torn between going for a swim at the pool or at the beach? Aquaria Water Park lets you get both. Only three hours away from Metro Manila, this waterpark takes pride in their 525 meters of fine white sandy beach and state-of-the-art facilities featuring a sunken pool bar, a giant three-story-high pool slide, and five different cove pools. Aside from splashing in the waters all day, there’s plenty more to do – enjoy beach volleyball or soccer, experience the banana boat ride, try kayaking and jetskiing, or feast on their specialty seafood dishes. 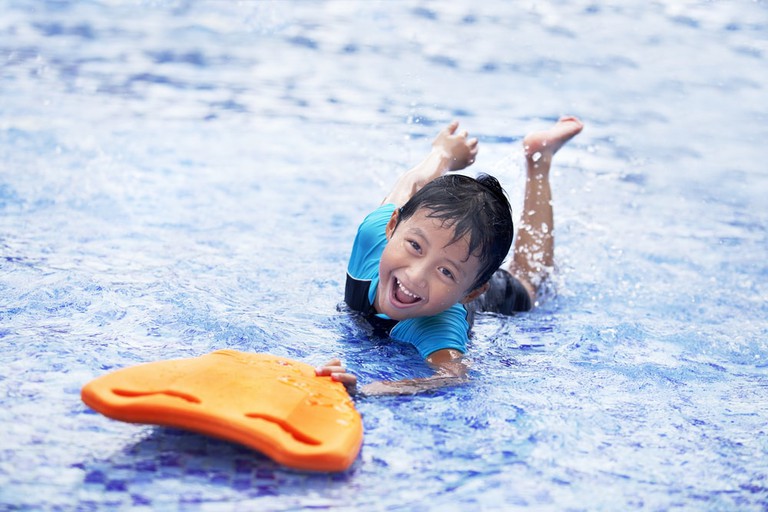 One of the main attractions of this business-friendly resort is a water theme park that features giant slides and fun water facilities. They have a world-class Wave Pool that electronically produces six different kinds of waves that can go as high as three feet tall. Their slides facilities are also a must-try namely the Three Giant Agua Thrill Slides, Big Horn Slide, and Water Cottage Slide. For those who prefer to take it slow and chill, try the Lazy River to enjoy a relaxing, long trip in their 500-meter-long pool. 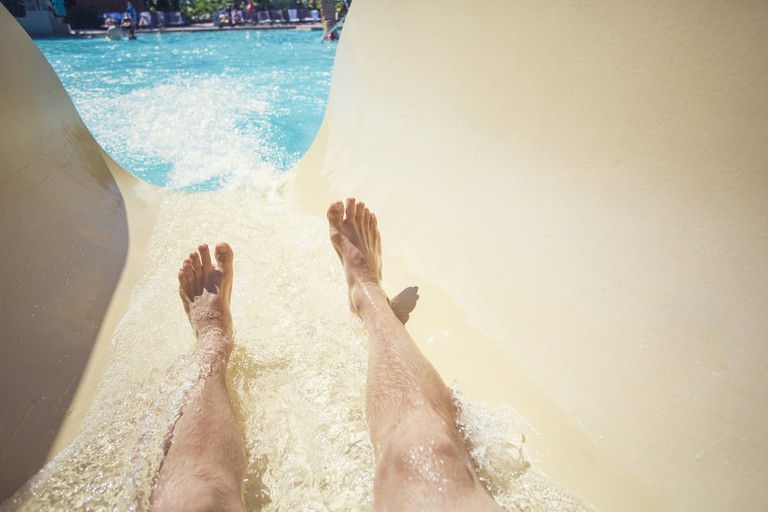 Riding down a slide at a waterpark | © Brocreative / Shutterstock
View Rooms

Apart from having five swimming pools and three water slides, the five-star resort’s waterpark also features a private beach where you can spend an entire day under the sun. They have an Island Pool which features tempting blue waters, mini-waterfalls, and a swim-up pool bar. Their Beach Pool is connected to other attractions namely the Wave Rider (an artificial tide pool) and the Amazon River (for those who’d like to take a leisurely ride in the pool). Plus, you can post all your photos and updates at any time of the day because their public areas have wireless Internet access.

Before the surfeit of waterparks in the country, 8 Waves Waterpark & Hotel was already one of the most commonly suggested places for family getaways, company outing, and barkada out-of-town trips. At the heart of the relaxed resort and hotel, there lies a gigantic 2,788 square meter wave pool, making it one of the largest of its kind in Asia and in the Philippines. It has been called such because the owner of the resort has eight children and its main attraction, the wave pool, produces eight different kinds of waves. Within the waterpark, you’ll also find numerous slides, a mini golf course, and hydro-jet bubble pools. 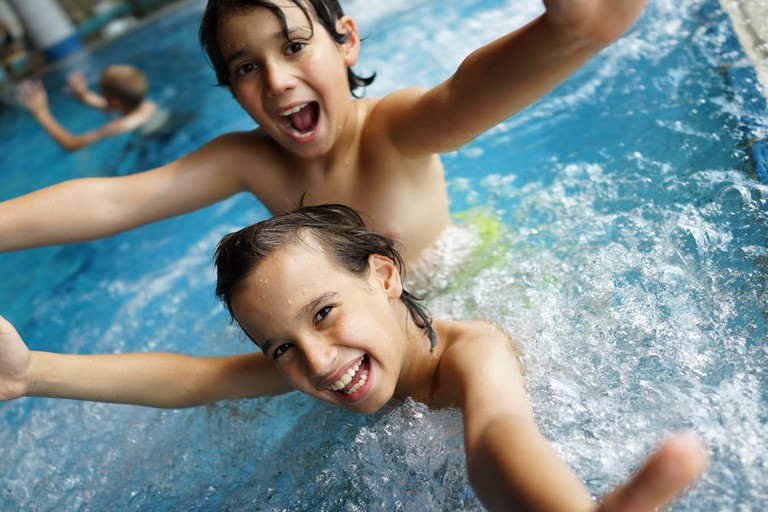 This waterpark is found within the premises of Island Cove Hotel and Leisure Park in Cavite. Oceania Swim and Splash Park’s main highlights are its 3,000 square meter lagoon-shaped pool with a depth ranging from three to six feet, four giant fiberglass slides, mini jacuzzi-like pools, and giant inflatables. It’s perfect for kids and kids-at-heart who love to play around and chill in their refreshing pools! As the largest kid-friendly waterpark, guests are guaranteed maximum safety and many fun hours under the sun.

Aqua Planet is the newest waterpark in the Philippines that instantly gained attention on social media for its exhilarating rides and 10,000-hectare size. Considered one of the largest waterparks in Asia, Aqua Planet has two nine-feet-deep wave pools and 38 water slides where you can slip and slide all day – giving you a one-of-a-kind adrenaline rush. Plus, there are over 25 attractions for families of all ages including the Octopus Races, Aqua-loop, Tornado, and more! And no need to worry while having fun because 80 well-trained lifeguards are within the area to ensure your safety.