How To Survive Traffic in Manila 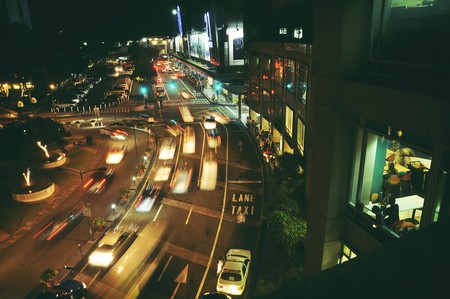 Many locals advise foreign visitors to leave Metro Manila out of their itineraries and to head straight for the islands instead. This advice is due, in large part, to the unbearable traffic situation that everybody must work around, day in and day out. But should you find yourself having to deal with Metro Manila traffic, it might help to ask, “How do the locals do it?”

Unless you’re a local who learned to drive in Metro Manila, avoid driving at all costs. Not only is it frustrating to be driving bumper-to-bumper for over an hour, but Metro Manila routes can also be very confusing, with its traffic schemes including a number-coding system, frequent re-routings, rule variations depending on the day of the week… and the list goes on. So if you have a choice, choose not to be behind the wheel. 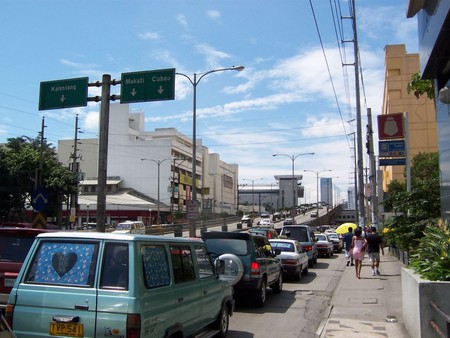 Perhaps the most convenient way to commute in the Metro is through ride-sharing apps like Uber and Grab. Have these apps downloaded and ready to go on your smartphone, and you’ll be fine. Whenever possible, book rides in the middle of the morning or the middle of the afternoon to avoid rush-hour traffic and the surge charges these services apply when the demand for drivers is much higher than the supply. The worst hours are when people leave for school and work in the morning and return home in the evening, which fall around 7 AM – 9 AM and 5 PM – 9 PM. However, this advice is not to say that it’s smooth sailing during all other hours. As the joke goes, in Manila, every hour is rush hour. 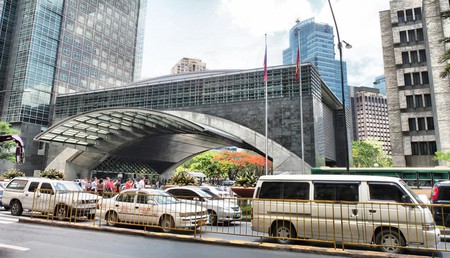 Taxis are next in line in terms of comfort, but they don’t have the cleanest record. Cabs tend to have a bad reputation for cheating the meter or charging more than agreed on. Locals won’t tell you they’re the safest mode of transport either. Save yourself the worry, and book a Grab or Uber car if possible.

To avoid Manila’s congested roads completely, another option is the Metro’s commuter trains. There are three light rail transit lines within the Metro: LRT-1, LRT-2, and MRT-3 (or simply “MRT”). The LRT-2 is the most comfortable of the three, as the other two lines run through busier areas of Manila and therefore, get much more crowded. While taking the train allows you to avoid road traffic, you’ll be standing shoulder-to-shoulder with fellow commuters on busier hours of the day. Another downside to Manila’s trains is that unless your point of departure and your destination are close to a metro station (there aren’t many), then you will likely have to combine this with another mode of public transport such as a jeepney, bus, or tricycle ride. 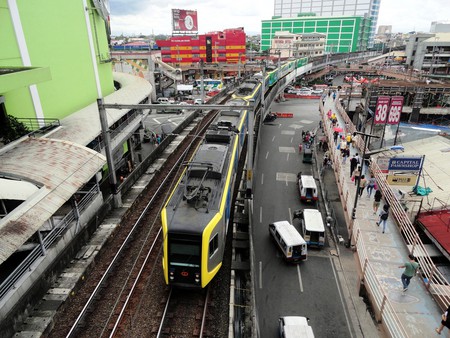 Upside: very affordable. Downside: not the most comfortable. The infamous jeepney is recognized as the Philippines’ “King of the Road,” and traveling via this colorful national symbol is a cultural experience in itself. If you don’t mind being exposed to Manila’s dust and smoke amidst the country’s heat and humidity, then you might enjoy a jeepney ride. If you opt to go down this somewhat tricky road, make sure you read our guide to riding a jeepney in the Philippines. 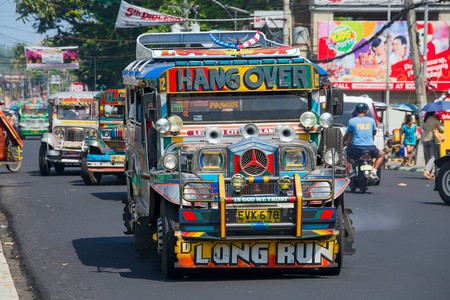 You’ve been warned: Do not drive in Metro Manila. But if for some reason, this option becomes unavoidable during your trip and you absolutely must drive, here are some tips and reminders to keep in mind.

In an attempt to alleviate road congestion, most of Metro Manila implements a number-coding scheme that prohibits vehicles (except motorcycles) from traveling for most of the day, once a week, depending on their plate numbers. In a nutshell, from 7 AM to 8 PM, vehicles with plate numbers ending in one and two aren’t allowed out on Mondays, those ending in three and four are prohibited on Tuesdays, five and six on Wednesdays, seven and eight on Thursdays, and nine and zero on Fridays. 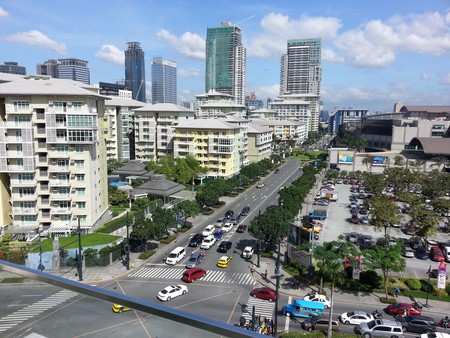 This system is made more complicated by some roads where the coding scheme doesn’t apply at all and things like “window hours” (a few hours in the middle of the day when prohibited vehicles are allowed out), which some cities allow, while others don’t. These window hours vary depending on the city. The traffic schemes change so frequently that unless you live in the Metro, where staying current is vital to your daily commute, then it’s nearly impossible to keep track. Ask about these hours upon arrival to learn about any recent traffic advisories.

In Manila, making the mistake of leaving for your destination even just a few minutes into rush hour can affect your travel time drastically. The roads are usually at their worst from 7 AM to 9 AM and again from 5 PM to 9 PM. It’s so bad that it’s completely normal for motorists to spend at least an hour on the road for a one-way trip. Some suffer up to three hours in bumper-to-bumper traffic. So, it’s important to take this into consideration when planning your days out in Manila. You wouldn’t want to waste most of your trip stuck in EDSA (Epifanio de los Santos Avenue) traffic. 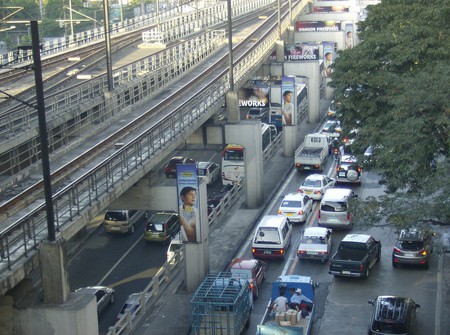 Use a traffic and navigation app

If you ask Manila motorists, chances are they have the application Waze downloaded on their phones. Waze is a traffic and navigation app that takes into consideration real-time road traffic to direct users down the quickest possible route to their destination. Knowing what this app does and how it works in a place like Metropolitan Manila will make you wonder how the area ever survived without it. Make sure you have it on your phone if you decide to take over the wheel. It will cut your travel time significantly. 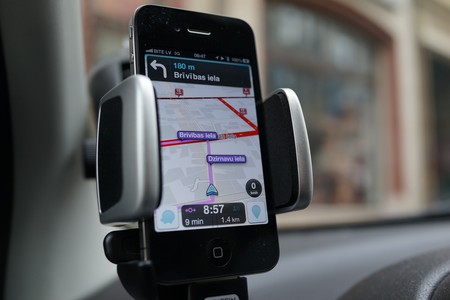 Keep your distance from jeepneys

They aren’t called the “Kings of the Road” for nothing. Jeepneys are notorious for stopping wherever and whenever they want, to pick up and let off passengers. Despite the careless swerving and sometimes even stopping in the middle of the road without warning, they are hardly ever reprimanded, so these actions have become routine behavior that other motorists have simply learned to maneuver around. 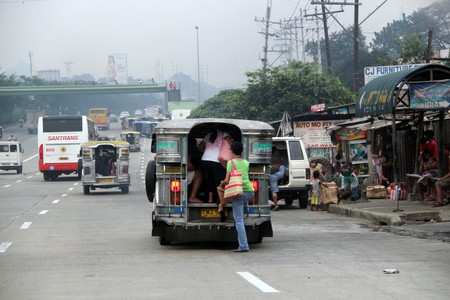 If you can get a local to carpool with you, all the better. Not only will you have someone to talk to in case you hit heavy traffic, but he or she will know the unwritten rules that run Manila’s roads: where you can park, where you can’t, and which lanes to stay on (the signs aren’t always clear). Also, watch out for counterflow-ers. When one lane is at a standstill and the opposite lane is free flowing, people counterflow to get ahead. Another tip is to have a good playlist on hand. Don’t underestimate the power of good music; it does wonders in lifting a bored and impatient mood. Finally, take a trip to the bathroom before a trip down the road. If worse comes to worst and you find yourself stuck in traffic for two hours, at least you won’t have to pee.