The Most Romantic Filipino Movies You'll Never Tire of Watching 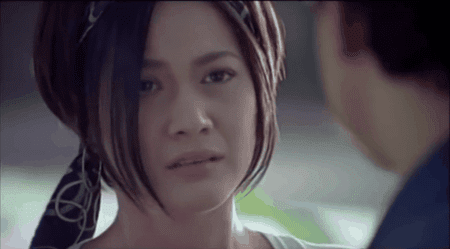 The Filipino movie industry is filled with romantic love stories. That’s because locals often want to get moments of kilig – a Filipino slang word for excitement or exhilaration towards romantic situations. We round up the most romantic Filipino movies that you’ll want to watch again and again.

Got 2 Believe highlights the ‘opposite attracts’ theme in the field of romance. Toni (Claudine Barretto), who believes in the magic of true love, is in a hurry to find a man she’ll marry soon as she doesn’t want to end up being an old maid, which kind of runs in their family. As she’s always a bridesmaid, she always crosses paths with wedding photographer Lorenz (Rico Yan), who, on the other hand, fails to believe in love and marriage. The story brings moments of laughter and kilig as it brings together two different people.

A popular hit during the ’90s, this movie still manages to capture the hearts of teens these days. Centered around two childhood best friends Ned (Marvin Agustin) and Bujoy (Jolina Magdangal), the latter realizes she has fallen in love with her best friend. It tackles the best and worst parts of choosing between friendship and romantic relationship, thus giving you feelings of kilig and heartbreaking moments.

Another popular hit during the ’90s, veteran actor Aga Muhlach and award-winning singer Lea Salonga play the characters of Jerry and Agnes who had to endure a long-distance relationship and face the consequences of it. As Agnes had to move to California, Jerry pushed her to go for it so he could focus on building his career. This movie posits the question: should you choose career over love (or vice-versa)?

Torn between two lovers, that’s the central theme of the movie, Dahil Mahal Na Mahal Kita. Mela (Claudine Barretto) is a popular college student known for having a bad reputation, yet all the boys fall madly for her, including Ryan (Diether Ocampo) who’s also a troubled soul yet accepts Mela the way she is. As Miguel thinks negatively of Mela’s attitude and the way she dresses, he didn’t expect to fall for her, too. In order to prove her love for Miguel, Mela had to change her attitude and appearance but will it be worth it?

In this film, pop singer Sarah Geronimo plays the role of Laida Magtalas, an average girl who has been in love with Miggy (John Lloyd Cruz), who comes from a well-established family. Her dreams of being closer to Miggy finally come true as she becomes his editorial assistant. While most of her co-workers loathe Miggy for his bad attitude and bullheadedness, Laida always manages to see beyond his imperfections. Because of this movie’s success, it was even followed with two sequels – You Changed My Life and It Takes A Man and A Woman.

This movie revolves around letting go of heartaches and moving on. Mace (Angelica Panganiban) and Anthony (JM De Guzman) meet at an airport in Rome and they travel to places just so Mace can clear her head and cope with her recent failed relationship. On the other hand, Anthony recalls his struggles and difficulties. What happens when two broken-hearted people meet and bond together? Find out in this breakout film of 2014.

This isn’t a typical Filipino film as it delves away from overused storylines and cliché tandems. The story revolves around Lea (Alessandra De Rossi), who is a Filipina tour guide in Sapporo, Japan. After she caught her then fìancè flirting around with one of her Filipina-Japanese friends, she suffered from a stress-induced yet temporary blindness. Her next-door neighbor, Tonyo (Empoy Marquez), makes an effort to befriend her, cook for her, and take her to places he’s never been to – serving as Lea’s eyes. While Tonyo isn’t the handsome charming man (usually portrayed as the main lover in Filipino films), Lea falls for him for his kind heart.

A timeless Filipino film is how most locals would describe this movie. Here, Basha (Bea Alonzo) begins to question her almost five-year relationship with Popoy (John Lloyd). She breaks up with him and starts to rediscover herself whereas Popoy goes to his lowest point. The movie is filled with notable break-up lines which since then, have been used or referred to in everyday conversations — including a ‘three-month rule after the break-up.’ This movie was even referenced in the 2014 hit, That Thing Called Tadhana. After its release in 2007, the movie got a sequel in 2015, entitled A Second Chance.