Pugad Baboy, one of the longest running and most successful comic strips in the Philippines, is an affectionate satire of the idiosyncrasies and eccentricities of Filipino society and culture. Its continued popularity can be attributed to its ability to reflect the political and social issues of the day in an ironic, yet humorous way. One of the Culture Trip‘s writers, Maria Soriano, analyses the comic’s enduring appeal. 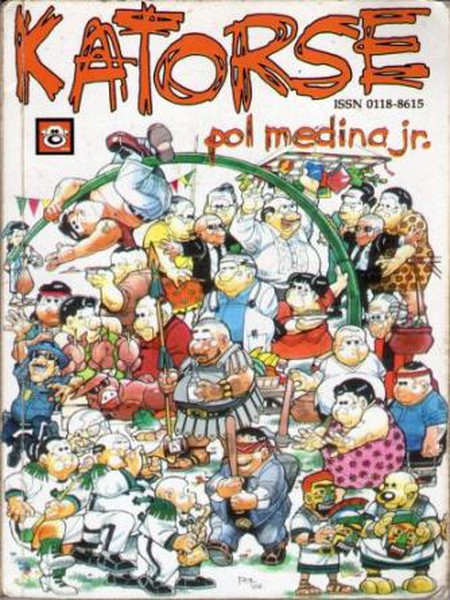 Pugad Baboy, meaning ‘swine’s nest’ in Filipino, is the comic brainchild of Apolonio ‘Pol’ Medina Jr., one of the leading cartoonists in the Philippines. Medina originally came up with the idea for his fictional community of obese people while he was working for an Italian construction company in Iraq in 1986. After his stint abroad, Medina pitched the strip to one of the country’s English broadsheets, The Philippine Daily Inquirer, making its comic strip debut in the paper’s Entertainment section on May 18th, 1988.

Medina gradually developed a following amongst the paper’s regular readers for its satirical spoof of Filipinos and their idiosyncrasies, catapulting him into fame as one of the country’s prime cartoonists. In 1998, Medina released the first ever Pugad Baboy comic book, which was essentially a compilation of the strip’s long run in the Philippine Inquirer. It became a huge success and garnered an audience beyond the usual readers of The Inquirer, which has continued to feature Medina’s comics exclusively since his debut. After publishing 23 comic books and four stand-alone graphic novels, the long-running spoof of life in the Philippines and its people as set out by Medina is still basking in its huge success.

Much of its appeal comes down to its well-known eccentric, obese characters, its resident anthropomorphic dog and their zesty hijinks of community and home life. Medina states in an interview that characters in the strips are based on relatives and neighbors who are ‘horizontally challenged’. The residents of Pugad Baboy are identifiable by the families that they belong to: The Sungcals, The Lamouns, The Tangeres and The Tangs. Each family and its members have unique characteristics, but the central characters are the patriarchs of each family — the innovative Chef Dagul, the tough Sergeant Tomas, the communist rebel Ka Noli, Bab the lazy, unemployed hipster and Mao, the money-tight Chinese businessman. This eclectic bunch is often featured drinking and conversing together, their personal differences cast aside. Polgas, their dog, acquired human abilities as a result of eating one too many experimental rice cakes from his master Dagul and from overexposure to TV radiation. He has since become Dagul’s drinking buddy and moonlights as a superhero dog for the OCB, or Organized Canine Bureau, by the name of Dobermaxx. Polgas has long been the face of Pugad Baboy merchandising.

The concept of a community of obese residents and an anthropomorphic dog initially served as Medina’s platform from which he could lampoon the quirks of typical Filipino attitudes and behavior but before long, Medina broadened his skill as a comic writer by broaching social issues. Medina followed a long line of much-loved Filipino cartoonists such as Larry Alcala, Mars Ravelo and Tony Velasquez in exploring the Filipino psyche using this particular medium. With the subsequent follow-ups to the first compilation book of Pugad Baboy, Medina novelized the comic strip into book form, adding story arcs, continuous narratives and character sub-plots that stretched far beyond three to four panels of comic strip.

Politicians, celebrities and other public figures are often the butt of Medina’s gags, though his attacks on pop-social culture and public personalities are rarely direct, instead drawing on general caricatures and ironic commentary. Medina’s political and social affiliations are evident through the sarcastic wisecracks and loaded remarks he includes in the strips, which are generally aimed at ‘no one and every one’.

What separates Medina as a cartoonist and his work on Pugad Baboy from the rest of contemporary Filipino cartoonists is his ability to keep his writing consistent, relevant and fresh by chronicling day-to-day working- and middle-class customs. This medium is generally considered low brow entertainment which mainly evokes instantaneous laughter, as it does not demand sharp intelligence from the readers to convey the meaning of the jokes. However, Medina credits his readers with intelligence and the cursory knowledge to resonate with the relevant, topical issues in pop culture that he addresses. To date, no contemporary cartoonists have been able to match Medina’s skill in developing a comic strip, like his famous Pugad Baboy, into a vehicle for both satire and social commentary.