Meet the Man on a Mission to Save the Philippine Tarsier 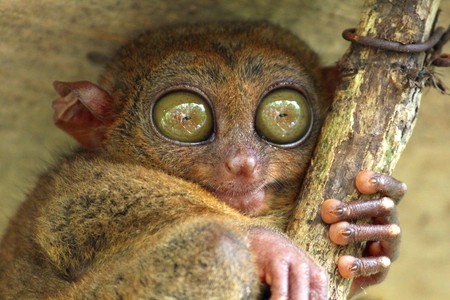 On the island of Bohol in the Philippines’ central Visayas region, Carlito Pizarras has worked for more than 30 years to understand and protect a tiny primate, on the verge of extinction. Here’s the story of ‘The Tarsier Man’, and his quest to save the Philippine Tarsier.

Just about every visitor who comes to Bohol has the tarsier on their must-see list. The tarsier is a curiosity for good reason: it’s tiny, softly furred, and undeniably cute, but strange and alien-like at the same time. The nocturnal creature clings to branches with long spindly digits, and when it opens its enormous google-y eyes in your direction, the spellbinding effect is complete.

Carlito Pizarras’ father was a taxidermist, who stuffed and sold animals that were then plentiful in the island’s forests. The unusual tarsier was his most popular request. Through trial and error, the younger Pizarras learned to keep these delicate animals in captivity. He spent hours in the forest observing them and hunting for the insects and small animals that make up their diet. By the time Pizarras was in his twenties, it was clear to him the tarsiers were under threat. Realizing the creature he’d learned so much about was disappearing fast, Pizarras decided to stop trapping them, and use his skills to protect them instead.

Pizarras’ love for the tarsier made him a bit of an anomaly in Bohol. But as the years passed, and he amassed more and more knowledge about the creature and its habits, he was often sought out by researchers and scientists from abroad. When Bohol’s tourism industry began to take off, demand for tarsiers increased again. Locals kept tarsiers in cages as attractions for visitors to pet and photograph, and the sensitive animals often suffered a short life span in these stressful conditions.

After a time, concerned citizens in Bohol banded together to form the Philippine Tarsier Foundation. They named Pizarras their field officer, and established a breeding and research center in a forested area in Corella. This center is still the only place on the island where travelers can see tarsiers in their natural habitat. Tickets cost just over 1USD, and include a short walk through the trees where spotters point out where the tarsiers are hidden, often sleeping.

Pizarras had a moment of recognition in 1997, when he presented two tarsiers to Britain’s Prince Charles at the presidential palace in Manila. Since then, things have improved for the tarsier. Its image has become synonymous with the Philippines’ unique biodiversity, and often appears in tourism brochures. 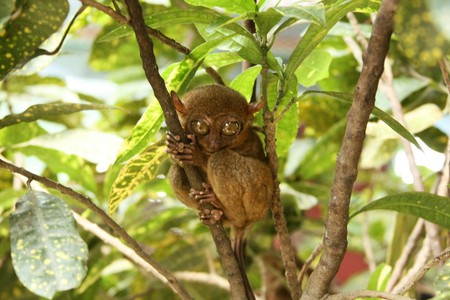 However in late 2015, the Philippine tarsier joined the list of the top 25 most endangered primate species in the world. The list – which names species on the brink of extinction – is complied by the Bristol Zoological Society, International Union for Conservation of Nature, Conservation International and the International Primatological Society. Tarsier numbers are still unknown, and as its popularity grows, so does the need to protect the animal from poachers and animal traffickers.

Pizarras, soft-spoken and middle-aged, has fully embraced his role as The Tarsier Man. The Philippine species of the tarsier, Carlito syrichta, has officially been named after him. He can often be seen at the center in Corella, where travelers emerge from the forest enthralled by their glimpses of the shy but endearing creatures. And the work continues.