How a Baby Jesus Doll Converted the Philippines to Catholicism 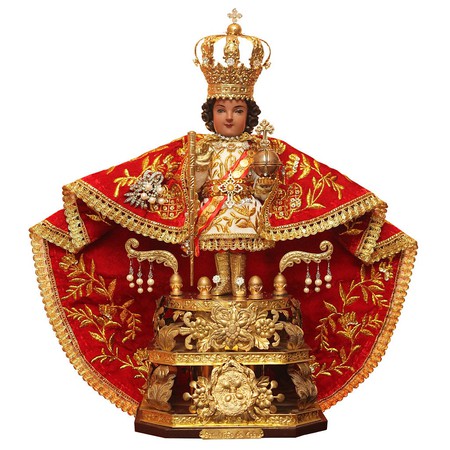 A dominantly Catholic country, The Philippines has at least 76 million baptized Catholics. With almost 500 years of presence, the Catholic Church in the Philippines directly links to the country’s history. Will it come as a surprise that the stronghold of Catholicism in the country was brought about by an adorable curly-haired statue of the child Jesus?

It all began when an image of the Holy Child, called the Santo Niño, was given as a baptismal gift to the local chief’s wife by Spanish explorers led by Portguese-born Ferdinand Magellan. When Magellan arrived in Cebu, he was received positively by the local chief, Rajah Humabon. They were baptized to Catholicism together with his 800 subjects.

Rajah Humabon earned a new name, Carlos, after the grandfather of the reigning monarch, King Philip II (from where the name Philippines comes), and his wife was baptized as Juana, after King Philip’s grandmother, Queen Juana of Castille. 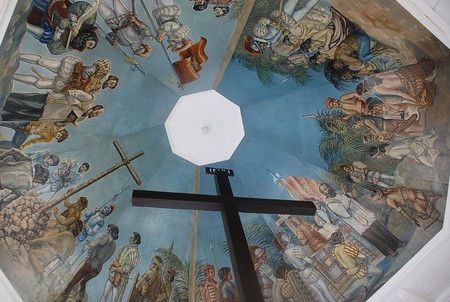 When Magellan died and the remaining crew returned to Spain, the natives returned to their old beliefs and made the image into a pagan idol. Under Miguel Lopez de Legazpi, the Spaniards successfully colonized the Philippines in 1565. While raiding the villages, they saw the image again underneath the fires. Legazpi ordered that a shrine be built for the Santo Niño.

The oldest religious icon in the Philippines

The Santo Niño is as old as the Catholic faith in the country. Made by Flemish artisans, the statue, now known as the Santo Niño de Cebu, is enshrined in a chapel within Basilica Minore del Santo Niño de Cebu, or simply Santo Niño Basilica. The statue may be a diminutive figure, but it stands regal with its left hand holding a cross-bearing orb (a symbol of Christian authority), while its other hand is in a priestly blessing gesture. It has a red cape with intricate embroidery and on top of its head is a crown. 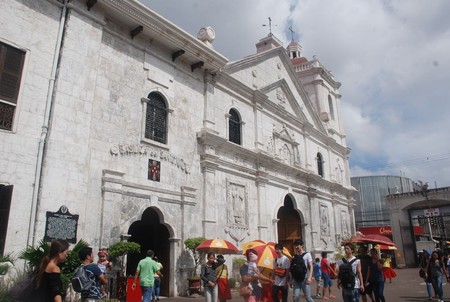 Venerating the child Jesus was widespread in Spain during Magellan’s time with European wood sculptors having the child god as their subject in the 1300s. Thus, it’s not surprising that they gave it as a gift during the baptism rites of Rajah Humabon. (A similar Infant Jesus icon is the Holy Child of Prague.)

The original statue brought by Magellan is still found in Cebu. Devotees can see it encased in bullet-proof glass. Santo Niño is highly revered in Cebu and in other places in the country and its popularity resulted in other versions of a Holy Child dressed in ways people can relate to, from a policeman to a wandering child. 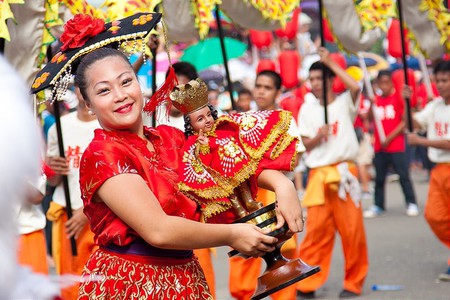 From Cebu, Santo Niño is venerated all over the country with festivals celebrated every third Sunday of January. Cebu holds the annual Sinulog festival, the Philippines’ main religious festival in the child god’s honor, attracting millions of devotees and tourists annually for decades. Other festivals celebrated during the feast of the Holy Child are Kalibo’s Ati-Atihan and Iloilo’s Dinagyang.

All thanks to a little boy.