Emerging From Obscurity: The Rise of Pakistani Literature

Following independence, Pakistan has struggled to create a literary tradition which reflects the distinctiveness of its culture. As Pratiek Sparsh Samantara discovers, the writers who emerged in these formative years of Pakistani literature created a legacy for successive generations of authors, all of whom were eager to portray the mindset and spirit of their nation.

Pakistan has sometimes been considered a land bereft of world-class authors. However, with the growing number of educated Pakistanis who pride themselves in their ability to look within and convey their cultural distinctiveness, the literary ethos of the country is undergoing a massive transformation. As the young Pakistani author Daniyal Mueenuddin puts it: ‘we live much more social lives than in the West. Everyone is tied to everyone. It is like puppies lying on top of each other. People live very entangled interlocked lives. They are joking and often engaged in wordplay. The other side of the coin is that there is a very slippery sense of morality and integrity. Pakistanis are willing to cut corners in a way my very Lutheran American grandfather wouldn’t understand’. The writers below all offer a perspective on this unique Pakistani society and culture, and have thus contributed to the development of a thriving literary tradition in Pakistan.

Possibly the most renowned of Pakistani authors, Manto was born in a time and place of turmoil, namely the pre-Independence era of Punjab (a region that was later split between India and Pakistan). This volatile period served as inspiration for many of his short stories including Tamasha – based on the Jallianwala Bagh massacre of Amritsar. His upbringing also resulted in him penning largely secular works. He achieved great fame in script-writing for the Indian film industry as well, before leaving for Pakistan where he found his true calling. It was here in 1955 that he published Toba Tek Singh, his most famous short story. A satire, it tells the tale of inmates in a Lahore asylum who are transferred to India following the partition. The story is a metaphor for the incongruous sentiment that a large number of sub continental citizens shared on the day of the partition – of not knowing which country they belonged to anymore. The story, amongst others, features in his short-story collection, Mottled Dawn.
Watch a discussion on Saadat Hasan Manto below:

His writing has been characterized by the selection of very controversial subjects; so much so, that he was once famously called the DH Lawrence of Pakistan. His story Thanda Gosht had even provoked obscenity trials in Pakistan. Manto’s stories were known for their lucidity and often their caustic humor. This style of ‘tell it as it is’ is reflected throughout the 250 short stories he published in a career spanning 42 years. The centenary of his birth was celebrated across Pakistan in 2012. 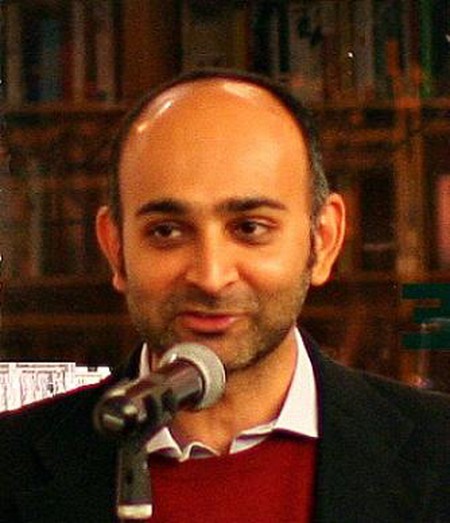 Amongst the new generation of young Pakistani authors is Mohsin Hamid, born in Lahore and educated in Princeton and Harvard. He has garnered widespread acclaim following his novels Moth Smoke (2000) and The Reluctant Fundamentalist (2007). Moth Smoke, his debut novel, dealt with the conflict of cultures that modern-day Pakistan faces between the nouveau-riche, the traditional elite and those operating in the seedy criminal underbelly of the country. The book is set against the background of Pakistan becoming a nuclear power. The name of the book is drawn from a beautiful Urdu allegory in which a moth is attracted to fire — succinctly explaining the self-destructive predilections of the protagonist, Daru Shehzad, a banker and drug-addict. The novel was nominated for the PEN/Hemmingway award and was a New York Times Notable Book of The Year.

His second book, The Reluctant Fundamentalist, tells the story of its ominously named hero, Changez, who is an idealist torn between Islamic radicalism and American capitalism. The novel was an international bestseller in 2007 and was shortlisted for the Man Booker Prize. It was heralded for its unconventional structure wherein Changez constantly addresses a non-participative American listener, thereby reflecting upon the readers’ unconscious assumptions. The book was also adapted into a much-acclaimed film by Mira Nair. Hamid has testified to having been influenced by Hemingway, Ishiguo and Nabokov. Throughout his taut, exciting and flamboyantly realist works, he has revealed the complexities of Pakistani society to a wider audience. 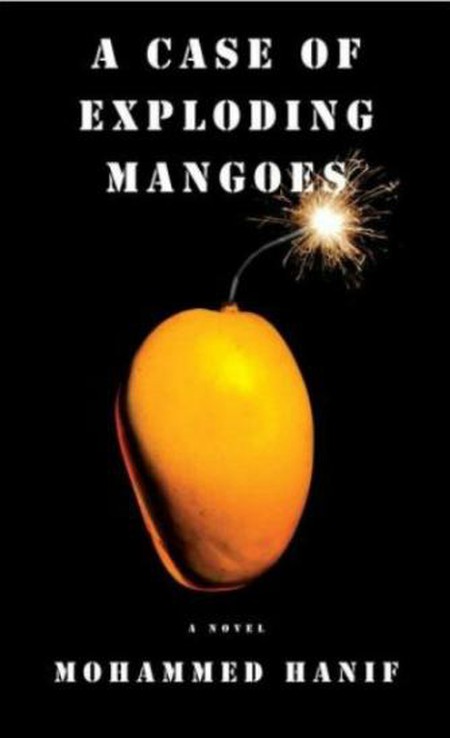 The second in line among new-age Pakistani writers is Mohammed Hanif, whose hard-hitting writing style (attributed to his work with the BBC) translated into a spellbinding debut novel — A Case of Exploding Mangoes (2008). The book is a satire on the many conspiracy theories surrounding the death of Pakistani ex-President General Zia-ul-Haq; the book is titled after one such theory that suggests mangoes loaded with nerve gas were taken onto his airplane to knock out the pilot and cause the plane to crash. It took the literary world by storm, as a rare example of a humorous book which won numerous awards including the Commonwealth Book Prize. It was also nominated for both the Guardian First Book Award and the Booker.

His second novel, Our Lady of Alice Bhatti, was released in 2011 to rip-roaring commercial success. It told the story of a Christian nurse in a Karachi hospital as she treated and worked with a wide assortment of eccentric characters. An allegory for the plight of religious minorities in Pakistan, the book is interspersed with genuinely funny lines. A case in point is one of the characters’ take on love: ‘It’s futile to predict what love will make of you, but sometimes it brings you things you never knew you wanted. One moment all you want is a warm shower, and the next you are offering your lover your chest to urinate on.’ The author has been internationally praised for his wit and humor. Hanif is also a playwright, an occasional documentary-director and is currently employed in the BBC’s Urdu division in Karachi.

Being a female author in Pakistan can be a jarring experience, but 39 year old Kamila Shamsie from Karachi has stood tall after having published as many as five books since the new millennium. Like her compatriots in the list, she was educated abroad and has carved a niche for herself writing about the perpetually thriving, sporadically squalid and always entertaining life in Pakistan. Her first book, In the City by the Sea was shortlisted for the John Llewellyn Prize and received numerous awards back home. It is an endearing tale of a young boy’s coming-of-age in a murky neighborhood, set amidst a palpable political instability that touches his life.
Watch an interview with Kamila Shamsie below:

Her most recent book, Burnt Shadows, was published in 2009 and was the recipient of the Anisfield-Wolf Book Award and an Orange Prize finalist. It narrated a Japanese woman’s accounts of her travels around the globe in the aftermath of the devastation in Hiroshima. The novel’s success was attributed by critics to its highly inventive imagery and lyrical prose, reminiscent of other realist mystical narratives such as Salman Rushdie. In fact, Rushdie himself had this to say of Burnt Shadows: ‘This is an absorbing novel that commands in the reader a powerful emotional and intellectual response’

Daniyal Mueenuddin was brought up in Lahore, Pakistan and Elroy, Wisconsin. A graduate of Dartmouth and Yale, many of his stories have appeared in The New Yorker, Granta, Zoetrope and The Best American Short Stories 2008 (selected by Salman Rushdie). He was a legal practitioner in America for quite some time but had to return to Lahore to look after his family’s farm as it was in danger of being taken over. He was based on the farm in Pakistan’s southern Punjab for quite some time, which inspired his collection of short stories In Other Rooms, Other Wonders (2009). The book was a recipient of The Commonwealth Writer’s Prize among other awards, and described life in his native Pakistan through the eyes of individuals from different walks of life – electricians, woman servants, and even farm managers. It looks at class conflicts within a differentiated Pakistani republic and also comments on the feudal structure that still exists in some parts of the country. The author commented that many of the essays of Leo Tolstoy and Anton Chekhov have had a tremendous effect on his writing — a fact substantiated by the thematic choice for his debut.
Watch below Daniyal Mueenuddin discussing Other Rooms, Other Wonders: