The Revival Of Leo Tolstoy: The Great Russian Writer 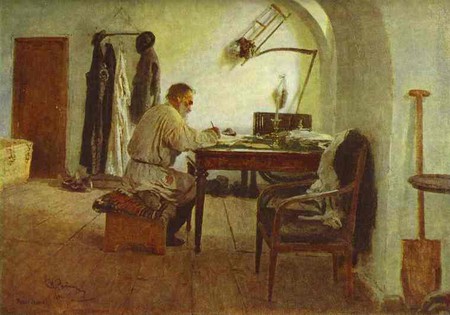 2012 saw the release of Joe Wright’s blockbuster Anna Karenina, a re-imaging of Leo Tolstoy’s 19th century novel. Tolstoy is an iconic figure in Russian Literature who has influenced literary culture on an international scale. With the recent trend of British classics being rejuvenated on our big and small screens, Reece Choules looks into the work and life of Tolstoy, and questions whether a Russian revival is next in line, with Tolstoy leading the way. 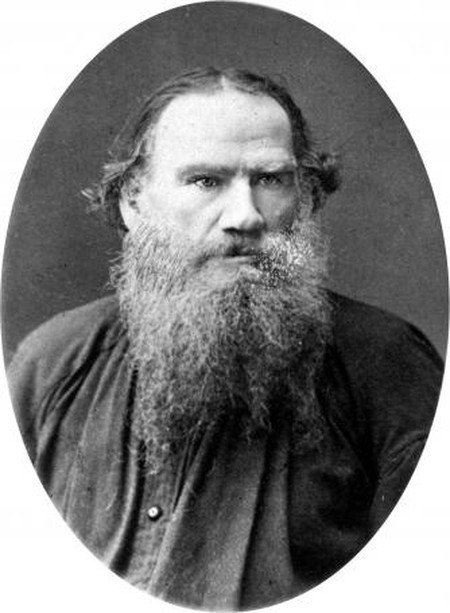 Are we witnessing a second coming? The BBC has announced the production of a six part mini-series of War and Peace. The Last Station, released in 2009, depicts the last years of Tolstoy’s life, as he battled with ill health and attempted to control his legacy. 2012 saw the release of Anna Karenina starring Keira Knightley. Could we be forgiven for thinking that this is the beginning of a trend, a sign of things to come? In recent years we have seen no less than three stage, television and film adaptations of Charles Dickens’ Great Expectations, as well as a mini-series of Bleak House. We have had adaptations of Thomas Hardy’s Tess Of The D’Urbervilles, Jane Austen’s Pride and Prejudice, and Charlotte Brontë’s Jane Eyre. Is it possible that having drained this particular well dry, that we may now be set to enjoy a host of adaptations from Russian literature’s 19th century Golden Age? Will Dostoyevsky’s The Idiot be next? Can we expect to see Turgenev’s Fathers and Sons, Pushkin’s Eugene Onegin, or is Tolstoy the exception? In the BBC’s 2003 Big Read survey, of all the greats from Russia’s Golden Age only Tolstoy appeared in the top 200, with War and Peace and Anna Karenina. So if a wave of Russian adaptions aren’t coming, could this just be appreciation for the work of an exemplary writer, considered by everybody from Virginia Woolf to Thomas Mann to be the greatest of all?

Born in 1828 in Yasnaya Polyana, Count Lev Nikolayevich Tolstoy – known to us as Leo Tolstoy – was a novelist, essayist, playwright, and towards the end of his life a renowned moral thinker and social reformer. A Second Lieutenant in the Crimean War, a founder of schools, a husband and a father to no less than thirteen children, his writing has influenced everyone from Mahatma Gandhi to Ernest Hemingway. It began in 1852 with Childhood, the first part of a well-received autobiographical trilogy that also included Boyhood and Youth. Already in the army by this time, Tolstoy had dropped out of Kazan University and joined his brother in the Caucasus. This time in military service informed much of his early work, such as the short story Sevastopol Sketches (1855) and The Cossacks (1863). The Cossacks was widely praised, especially by Tolstoy’s contemporary Ivan Turgenev, but it was Sevastopol Sketches that formed the basis of one of his most highly praised works: War and Peace. 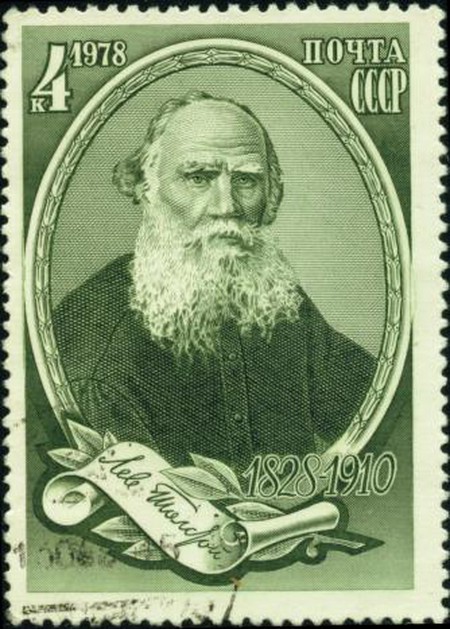 Before work began on War and Peace however, Tolstoy embarked on two travels around Europe that were to be as equally influential, firstly in 1857 and secondly during 1860-61. On his first visit Tolstoy witnessed a public execution in Paris, which breed a deep mistrust of the state, and a belief that it was only created to exploit the people. After this trip he vowed never to serve any government. On his second visit Tolstoy met Victor Hugo, who’s novel, Les Miserables, he highly praised. Some have even looked to compare the battle scenes of the two works in order to measure its influence on Tolstoy. Also during this second visit Tolstoy met Pierre-Joseph Proudhon, a French anarchist who had been exiled to Belgium. It was from Proudhon that Tolstoy borrowed the title War and Peace.

Returning from Europe inspired, Tolstoy married Sophia Andreevna Behrs, 16 years his junior. He set up independent schools in his home province and began work on War and Peace. He also completed The Cossacks, which he had started ten years earlier to pay off a gambling debt. Not published in its complete form until 1869 – first in The Russian Messenger in periodical form as ‘1805’ – War and Peace is now regarded by many as the best novel ever written. It was instantly popular with readers, although criticized by the literary left for lacking in social critique, Tolstoy however did not regard War and Peace as a novel, but as more of an epic in prose. It was Anna Karenina that he would regard as his first true novel.

Described by Dostoyevsky and Vladimir Nabokov as ‘flawless’, and by William Faulkner as ‘the best ever written’, Anna Karenina was for many Tolstoy’s greatest novel. Through the life of the title character and the contrasting fortunes of the semi-autobiographically inspired Levin, the story explores a multitude of themes including jealousy, hypocrisy, marriage and society, as well as agrarian connection to land. It is seen as the first step in a transitional phase from the realist to the modernist novel, with James Joyce, Virginia Woolf and William Faulkner as just a few of those embracing some of it’s stream of consciousness style.

What should also be considered is the affect that War and Peace and Anna Karenina had on Tolstoy’s contemporaries. Fyodor Dostoyevsky, who many consider Tolstoy’s only true rival, had already had Poor Folk (1846) and The House Of The Dead (1860) published, and had completed Notes From Underground by the time the first installment of War and Peace arrived. However it can be no coincidence that his most celebrated works came directly after each of Tolstoy’s masterpieces, firstly Crime and Punishment (1865-66) and then his final work – often regarded as his magnum opus – The Brothers Karamazov (1880). Like the modernists or the beat writers that were to follow, every movement has its great works that other artists look to rival or surpass. It is this inspiration that could be the true measure of War and Peace and Anna Karenina, and their worth not only to Russia’s Golden Age but to the arts in general. 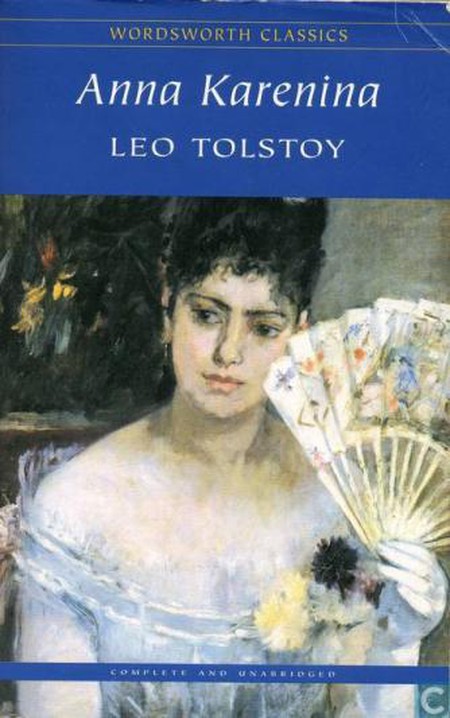 So should we expect Anna Karenina as the first of many adaptations? Joe Wright’s film received mixed reviews. With tension from critics about Kiera Knightley playing the title role, the film’s costumes received more praise than the film itself. Wright’s film re-imagines the piece in a fantasy theatre. Having previously worked on an adaptation of Pride and Prejudice, plus The Duchess, both with Knightley, he may have felt a fresh approach was needed. This had worked for Bernard Rose who had adapted Tolstoy’s The Kreutzer Sonata and The Death Of Ivan Ilyich into modern day settings. Coincidentally he also adapted Anna Karenina but this literal retelling was less successful. The problem critics had with Wright’s film was a simple one; in striving so hard for style the film was accused of lacking substance. It is a common one in literary adaptations. It is also one which may affect the planned six part mini-series of War and Peace. This adaptation intends to focus less on the historical aspects of the novel, and focus more on the families. Considering the importance of history to the novel, and the idea that the individual is insignificant within it, one wonders what the audience will be left with. The large scale of these Russian masterpieces may deter more adaptations, but by cutting too much out there is every possibility of losing the essence of these great works.

What should also be considered are the latter texts themselves. After Anna Karenina, Tolstoy became a prolific essayist and non-fiction writer, with much of this work inspired by a spiritual reawakening that occurred after reading German philosopher Arthur Schopenhauer’s The World As Will And Representation. Tolstoy became a devout Christian anarchist and Anarcho pacifist. Of all of Tolstoy’s proceeding fiction only The Death Of Ivan Ilyich, a novella, could be considered in the same high esteem as his earlier pieces. Like Dostoyevsky, much of his late fiction relied heavily on religious symbolism. It was Tolstoy’s non-fiction writing, such as The Kingdom Of God Is Within You (1894), published in Germany due to its censor in Russia, which proved to be the most inspiring in the latter stages of his life, in particularly with Mahatma Gandhi. So whether or not this recent adaptation will inspire a host of others is unknown, but hopefully it will inspire old readers to revisit these Russian masters and new ones to go and find them, leaving Tolstoy no longer the exception.