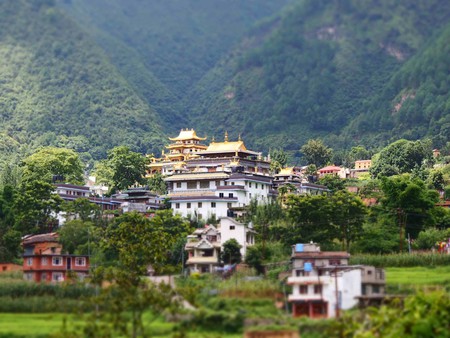 Those who spend an extended time in Nepal’s capital soon start to crave fresh air, open spaces, and a bit of greenery. Although the city of Kathmandu provides none of these things, you fortunately don’t have to go very far to find them. Here are some of the best weekend getaways from Kathmandu.

Located about 45 kilometres from the capital city, just east of the Kathmandu Valley, Panauti is one of the oldest towns in Nepal. Built on a large rock, it is known to be somewhat ‘earthquake proof’ (it did, in fact, escape two major earthquakes, including the one in 2015).

The main temple, the Indreshwar Mahadev Temple, has been standing since 1294, making it the oldest surviving temple in the country. Apart from this historic site, the town includes the beautiful Durbar Square, ghats beside the river, restored mansions, picturesque farmland perfect for casual walks, and defined trails for longer day hikes.

How to get there: Buses run from Kathmandu’s Ratna Park bus stand and take up to two hours.

Where to stay: Find accommodation at one of the Community Homestays run by a network of women in Panauti (and across Nepal). These homestays give local women an independent source of income and guests a unique experience. 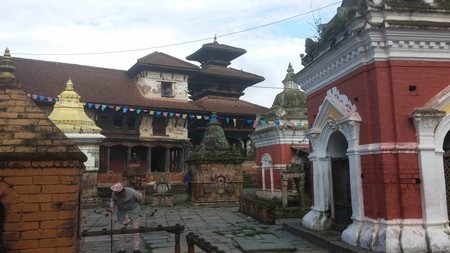 The temples of Panauti | © Elen Turner

Nagarkot: Stunning views of the Himalayas

Nagarkot, 32 kilometres from Kathmandu, has been a popular place for sunrise views of the Himalayas for quite some time, which means you won’t have the town to yourself. But there’s no denying that the views are great on a good day, with Annapurna, Manaslu, Ganesh Himal, Langtang, Jugal, Rolwaling, Everest and Numbur Himal visible.

Getting there: Those on a budget can get to Nagarkot by bus, first from Kathmandu (Ratna Park or Lagankhel) to Bhaktapur, then onward to Nagarkot. Visitors on a more relaxed budget, or those travelling with some friends, can hire a taxi for around NPR 2500 (US$25). The return trip might be more expensive because there is less competition between taxis.

Where to stay: Hotels and rooms facing north are more expensive, as they have the better views. Stay at the aptly named Hotel at the End of the Universe for cosy charm, or the more upmarket Club Himalaya with private balconies. 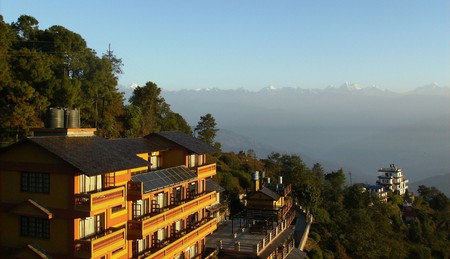 Dhulikhel is a bit more ‘local’ than Nagarkot, but the views are every bit as good and it’s still close to Kathmandu, just off the Arniko Highway to the east. Dhulikhel is notable for being home to one of the finest resorts in Nepal, Dwarika’s Dhulikhel Resort. If your pockets are deep and you’re in need of a luxurious weekend outside the city, you really can’t go beyond this accommodation. If you’re there for the weekend, you probably won’t want to leave the resort, but there are nice walking trails nearby.

Getting there: If staying at the resort, they can arrange transportation. Otherwise, buses go from Ratna Park and take about two hours.

Where (else) to stay: If Dwarika’s isn’t quite within your budget (or even remotely close), another great option is the Dhulikhel Boutique Hotel. 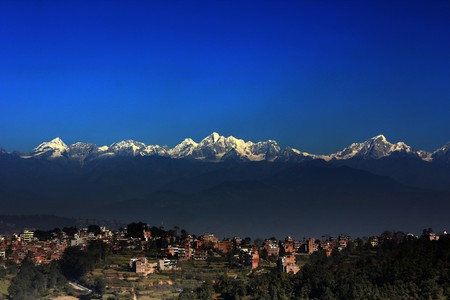 Namo Buddha is one of the holiest Tibetan Buddhist pilgrimage sites outside of Tibet, as Buddha himself is believed to have visited here. The town has two main points of interest: the Thrangu Tashi Yangtse Monastery, and the Namo Buddha Stupa, down the hill from the monastery. This little place gets particularly lively during Buddhist festivals.

Getting there: Take any bus from the Ratna Park bus stand that’s passing through Banepa; get down at Banepa and change to a Namo Buddha-bound bus. It should take around two to three hours. You could also hire a taxi.

Where to stay: The gorgeous Namo Buddha Resort is so good that people travel here all the way from Kathmandu just for lunch. Even better if you have time to stay for a night or two. The individual Nepali-style cottages are surrounded by pretty gardens, from which the all-vegetarian meals are sourced. Views of the Himalayas are also spectacular, rivaling those from Nagarkot or Dhulikhel. 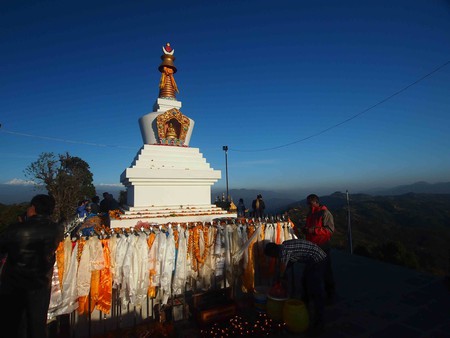 A stupa above Namo Buddha, with the Himalaya in the distance | © Elen Turner

The Trisuli River runs parallel to the Prithvi Highway for much of the first half of the journey between Kathmandu and Pokhara. After a couple of hours you’ll start to see colourful flotillas of rafts bobbing up and down the river. White water rafters ply the stretch of river between Fishling and Mugling, along which are a number of campsites and low-budget resorts catering to groups of rafters. If you want to give rafting a try, a weekend on the Trisuli River is a good idea, as it’s a fairly easy run, with fun and bouncy rapids that aren’t too big.

A good day excursion from the towns along the Trisuli River is the Manakamana Temple which you can get to via a cable car. It’s just up the highway from both the Riverside Springs Resort and Gorkha Beach. A return ride will cost around US$20 for non-Nepalis, but it’s well worth it.

Where to stay and getting there: To stay at a beachside camp in perma-tents, book a package with a company such as Equator Expeditions. You’ll get transport to and from Kathmandu, rafting opportunities, overnight accommodation at a camp (such as Gorkha Beach in the village of Buttar), and hot meals.

If rafting isn’t on the cards but a riverside escape still sounds appealing, head to the Riverside Springs Resort in Kurintar. It’s easy to reach as the Greenline buses from Kathmandu stop here. The cabins are comfortable, and the beautiful pool is fed by fresh spring water, making it icy cold even in the sticky summer heat. 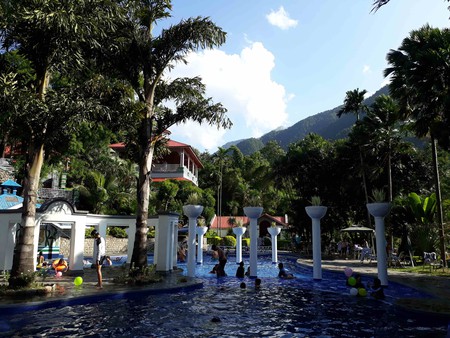 The Riverside Springs Resort on the Trisuli River | © Elen Turner

The other raftable river within easy reach of Kathmandu is the Bhote Kosi, to the north-east. The Arniko Highway that runs all the way to the Tibet border isn’t nearly as busy as the Prithvi Highway to Pokhara, so the rafting camps along the Bhote Kosi (such as Rafting Star) are a little more peaceful (if your visit doesn’t coincide with groups of Kathmandu students, that is).

If you’d like to try some other adventurous activities, head to The Last Resort, further up the highway. Upon arrival at the site, you’ll have to cross a long suspension bridge over the Bhote Kosi River to get to the resort in the woods on the other side. You can bungee jump or try the canyon swing from this very bridge, there’s a high ropes course on the grounds, and they also run canyoning trips to nearby waterfalls for some splashy abseiling fun.

Getting there: The Last Resort and other rafting outfitters have private buses for their guests, which usually leave from, or around, Thamel. 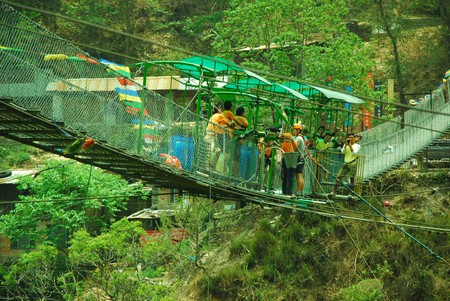 Nuwakot Bazaar: For a historical visit

Nuwakot means ‘nine forts’, and is historically a very important place. It was from Nuwakot Bazaar that Prithvi Narayan Shah launched his attack on the Kathmandu Valley in 1768 that would lead to the unification of Nepal as we know it. It’s north-west of Kathmandu, and was badly damaged in the 2015 earthquake – all the more reason to visit and help the local economy and restoration efforts.

The seven-storey, late 18th-century Nuwakot Palace is the main point of attraction, with its intricately carved wooden doors and windows. There are also lovely views of the Trisuli River from the town, and a number of hiking trails.

Getting there: A private vehicle (rented in Kathmandu, usually with a driver) is the best way to reach Nuwakot Bazaar. It takes around three hours.

Where to stay: Like Panauti, there’s a Community Homestay in Nuwakot. Alternatively, The Famous Farm, a renovated Newar house with unbeatable views of the Nuwakot Durbar and palace, is highly recommended. 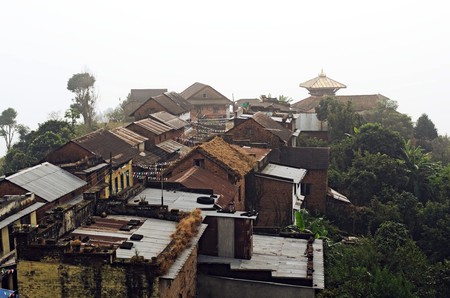 A weekend in Pharping doesn’t actually require leaving the Kathmandu Valley, though it certainly feels like it. About an hour south of central Kathmandu, in the hills on the southern edge of the valley, is this small settlement surrounded by rice terraces, numerous Tibetan Buddhist monasteries, and containing some very important Hindu and Buddhist religious sites. Pharping itself is a Buddhist pilgrimage site because of its holy cave where Guru Rinpoche, or Padmasambhava, is said to have meditated. A bit further up the road from Pharping is the Hindu Dakshinkali Temple, where animal sacrifices are made. The two towns can be seen in one visit, and the hills and farmland are lovely for hiking.

Getting there: Buses leave from the Old Bus Park in Kathmandu (which, rather confusingly, has a new location) to Dakshinkali; ask to be dropped off in Pharping.

Where to stay: The Neydo Monastery Hotel is a comfortable guesthouse attached to an impressive Tibetan Buddhist monastery. Here, you can learn about Buddhism from the monks in the ornately decorated halls. For a more secular experience, we recommend the Haatiban Resort. Kathmandu-based yoga studio Pranamaya Yoga often organises weekend yoga retreats in Pharping, held at the Neydo Monastery or Haatiban Resort. 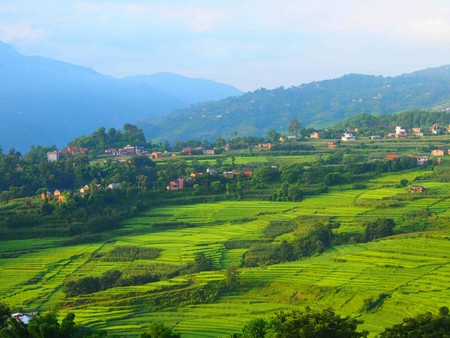