How to Meet and Interact With Locals in Nepal 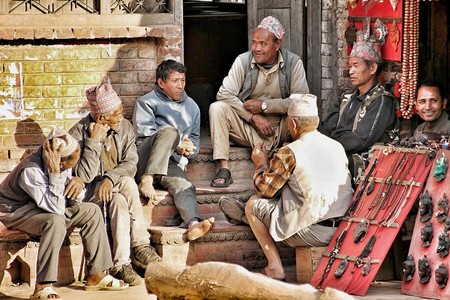 ﻿﻿﻿﻿﻿﻿﻿﻿﻿As a traveller, sometimes you just want to skip the hyper-touristy activities and chat to the locals, to hear about their lives and learn something new. But, it’s not always that easy when there are language barriers and cultural differences, and when people are just busy going about their daily lives. Here are a few ways to reach beyond those barriers and meet and interact with the locals in Nepal.

If you’re planning on staying in Nepal for more than a couple of weeks (it allows foreign travellers to remain in the country for up to five months in any calendar year), it’s worth signing up for language lessons. While it’s easy to get by in Kathmandu with English, Nepalis in rural areas seldom understand or speak foreign languages. Even just mastering the basics will get you a long way as the locals will be appreciative of your efforts to speak their language. Many private teachers operate in the capital and the Kathmandu Institute of Nepali Language offer courses of 1, 4, 12 or 24-week duration.

Nepali is the country’s lingua franca, but it’s not actually the first language of 55% of the population. There are 123 recorded mother tongues in Nepal, from Maithili on the Terai to Sherpa in the Everest region, and many in between. But, it would take a lifetime to learn all of these, so Nepali is a good place to start.

Stay at a homestay

Travellers seeking an alternative to hotel accommodation can instead live in women-run community homestays, giving them the perfect opportunity to interact with a local family, help prepare food and become involved in other household chores. Not only is it a chance to get a unique insight into their neighbourhood, it will also help support women earn an independent income. Many of these accommodation options can be found in Patan, Kathmandu, Panauti (just outside Kathmandu) and a couple of locations near the Chitwan National Park. 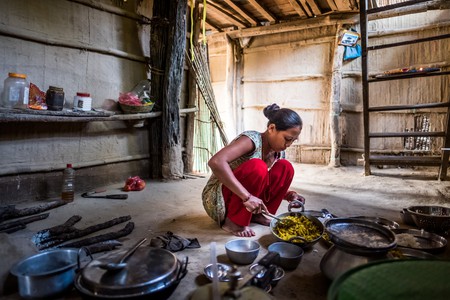 Nepal seems to be celebrating some kind of Hindu or Buddhist festival every other week, from Buddha’s birthday to the festival of lights. Tourists are always welcome to observe or participate, but as they are normally quite crowded affairs, full of worshippers going about their business, it’s unlikely that Nepalis will pay much attention to travellers participating in their festivals.

However, there are some notable exceptions. During Holi, the festival that ushers in the warmer weather, foreigners are usually considered fair game for some coloured paint or water bomb fun. During Teej, a festival celebrated by women for the health and longevity of their husbands, foreign women are often forcibly encouraged to join in the dancing and revelry. And participating in Ropain, a rice-planting festival, is good messy fun and is sure to lead to many shared laughs with the locals. Kathmandu-based Social Tours runs organised day trips in June to nearby villages, for some Ropain fun. 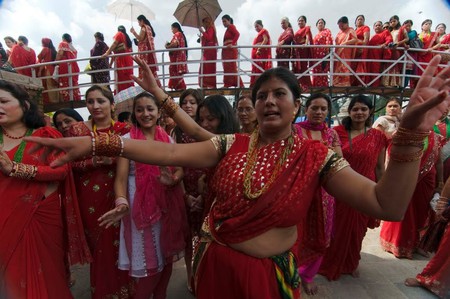 Volunteer for a worthy cause

While voluntourism is certainly a contentious topic and travellers should be really careful to ensure that their intentions are not actually doing more harm than good, Nepal is not short of worthy causes. It’s one of the poorest countries in Asia, its economy relies upon remittances from Nepali workers abroad and in 2015, it suffered a devastating earthquake from which many communities have not recovered.

Travellers with specific skills – whether medical, educational, artistic or otherwise – can lend a hand with any number of Nepal- or foreign-based organisations working with the less fortunate in Nepal. Make sure to do adequate research to ensure that any organisation you volunteer with is not merely exploiting you. This is going to be a great opportunity to meet many ordinary Nepali people, both those working within the organisation and those being assisted.

Eat at a local stall

Those with very sensitive stomachs would be advised to skip this one. Otherwise, grabbing a stool and a bite to eat at a hole-in-the-wall frequented by Nepalis is a good way to meet the locals. People will likely be surprised to see a foreigner eating at such a place and be curious to know where you’re from, how you like Nepal and so on. All the better if you know some Nepali language. 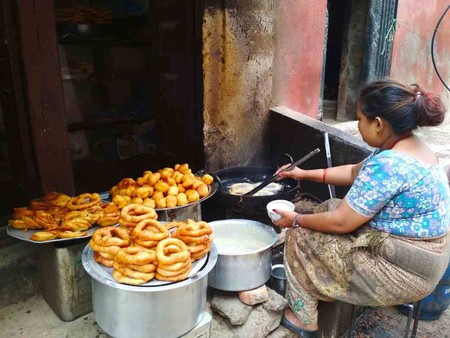 Hire a trekking guide and/or porter

If you’re travelling on a budget, it may be tempting to think you don’t need a guide or porter to go trekking in the Himalaya. But aside from the safety issue, hiring one is a great way to get to get to know more about local life in Nepal. Because you’ll be walking with them all day, every day, you’ll have plenty of time to chat. Many trekkers end their trips good friends with their guides and stay in touch long after they’ve returned home. Just keep in mind that while guides generally speak decent English, porters usually don’t. 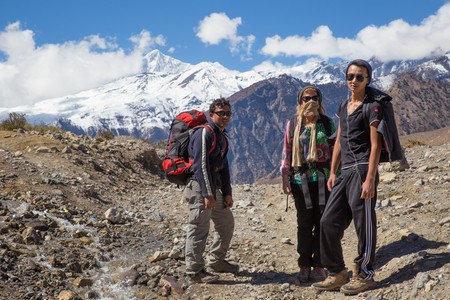