How Nepal is Working to Eradicate Dangerous Period Shaming 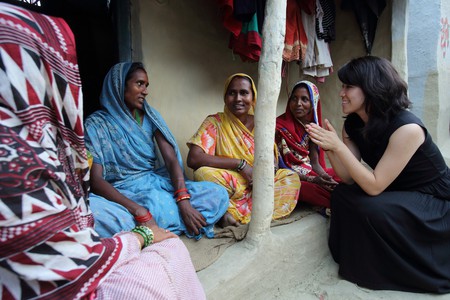 Talking about periods is something that’s considered taboo, to varying degrees, across the world. But in Nepal, some communities have traditionally kept women and girls isolated and apart while they’re menstruating. Add poor education and lack of access to sanitary products to the mix, and Nepali women and girls can find that time of the month more of a pain than it already is for all women. But, a number of steps from the Nepali government and initiatives from non-governmental organisations are working to eradicate this dangerous period shaming.

In many parts of Nepal, but particularly in the remote far-western region, some communities isolate women and girls while they’re menstruating, as they’re considered unclean. This practice, called Chhaupadi, can, directly and indirectly, lead to a huge range of problems, including missing school, humiliation and even injuries, rape and death. At ‘best’, women may be allowed to stay inside their homes at this time but will be unable to touch other people or prepare food or enter the kitchen; at worst, they have to stay in a small hut by themselves (or with other menstruating women) while they bleed.

Aside from the personal fear of being considered unclean and attracting the wrath of God through breaking menstrual taboos, these practices continue because of societal pressure. Even if individual women or families don’t want to comply with the practice of isolation, the fear of being shunned by other people in the community, of getting a bad reputation or having people refuse to visit their home, stops many people from breaking these restrictive traditions. 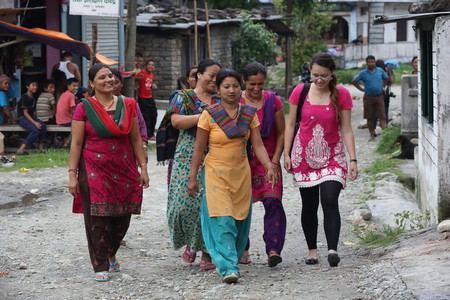 Chhaupadi was banned by the Supreme Court in 2005, but it continued. Partly due to the isolation of many communities with a lack of external law enforcement and partly because law enforcement considered this a private matter.

In 2017, the government went a step further and crimialised Chhaupadi. The new law was part of a wider bill intended to improve the safety of women in Nepal. Anyone enforcing Chhaupadi will face a three-month jail sentence and a fine of NPR 3,000. While this only translates to about US $30, this is quite a large sum for many Nepalis.

These laws haven’t been, and won’t be, strictly enforced for the first year, as it has been recognised that greater education and more awareness campaigns need to be rolled out first.

Another problem with encouraging women and girls to remain active in their everyday lives while on their periods is the lack of hygiene products that they feel comfortable using. Even if, and when, women can be encouraged not to practice such extreme exclusion, daily practicalities while on their periods are awkward. Due to the cost and availability of products such as pads and tampons, these are not preferred items, especially in rural areas. Normally, Nepali women use rags and wads of cotton while menstruating. But, these can be difficult to clean and change throughout the day, if women need to go outside. 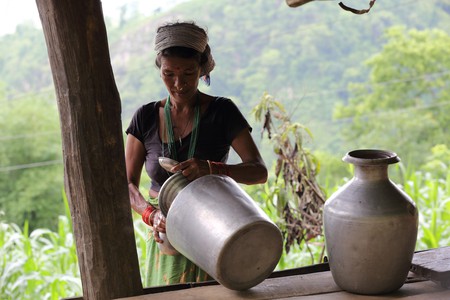 Menstrual cups are a convenient alternative. These rubber or silicone cups are worn internally while menstruating; they’re discreet, washable, environmentally friendly and very economical because they’re reusable for up to ten years.

‘Ruby Cup’ menstrual cups were launched by organisation, Putali Nepal, in mid-2017 at a gathering in Kathmandu, along with extensively detailed user guides for new users. Ruby Cups have been documented to have significantly improved the lives of women and girls who use them in Kenya, and Putali (which means butterfly in Nepali) hopes that similar improvements can be achieved in Nepal.

It’s not the first time that the use of menstrual cups has been encouraged in Nepal, but the coordination of Putali Nepal’s efforts with the change in law and enforcement will hopefully mean that greater benefits can come about. At the same time as the launch of the Ruby Cup, Putali launched a comic book − called ‘Menstrupedia’ − that educates girls about periods in an entertaining way. The book has been made available in English and Nepali.

The key to ending harmful period shaming, ultimately, is not changing or enforcing laws (although this may help). The key is educating young Nepalis to treat periods as a natural process that is nothing to be embarrassed about and providing them with the tools to follow through on this belief.