Couple Become First to Climb the Tallest Mountains in the World 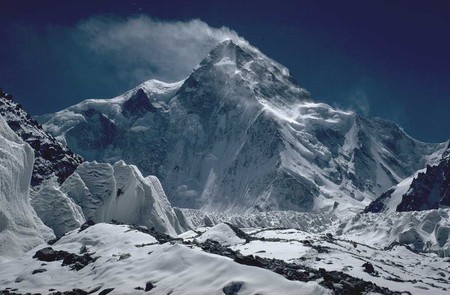 An Italian couple have taken love to new heights after becoming the first to both scale the tallest mountains in the world.

Romano Benet and Nives Meroi are the first couple to climb the world’s tallest 14 mountains. The final summit was that of Annapurna, in the Himalayas, in Nepal. According to the Italian publication, The Local, they described their most recent achievement as ‘the hardest but also the most beautiful’.

Congrats to Nives Meroi and Romano Benet, the first ever wife&husband climbed together all 8000-ers! pic.twitter.com/dh4DIFJpoP

The tallest mountains in the world are known as ‘the eight-thousanders’ – as in, the only peaks on the planet that exceed 8,000 metres in height (around 26,000 feet).

The couple, both 55, made their first steps together on the highest challenges nearly 23 years ago, when they attempted to climb K2 – arguably the toughest of the lot, along with their final climb, Annapurna – in 1994. They were unsuccessful that time around, and ended up having to wait four years until completing their first eight-thousander, when they topped Nanga Parbat in Pakistan.

The couple have been married since 1989 and live in the Julian Alps, a range that stretches from northeastern Italy to Slovenia. Since they started mountaineering together they have steadily ticked off the peaks one by one, including three separate summits in 2003 (Gasherbrum 1, Gasherbrum 2 and Broad Peak). All three were climbed within 20 days, setting a new world record in the process. 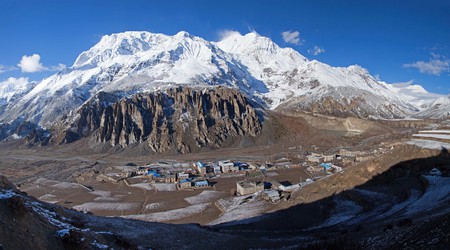 Benet and Meroi become the 35th and 36th people in the world to complete the set, with the first, also an Italian, being mountaineer Reinhold Messner, doing so in 1986. Meroi was on course to become the first woman in the world to manage the feat, but took time out of climbing in 2009 to care for Benet when he was ill. During the hiatus, South Korean climber Oh Eun-sun became the first female to climb all 14.

Each high-altitude mountain the couple have climbed together has always been done in small expeditions, without high-altitude porters and supplementary oxygen.