A Crash Course in Japanese Anime 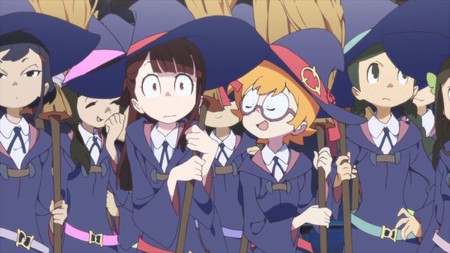 A Japanese cultural institution since 1917, anime is now a global phenomenon. But with a dizzying array of titles and genres to choose from, where on earth should you begin? Fear not, our handy guide will help you find your way.

To keep things simple, we’ve focussed on the main genres, with established titles in each genre but also some lesser-known examples for people who feel like digging a little deeper. Unlike the West, many Japanese animated titles often defy easy categorisation, and genres can be mashed together. The titles below are a mixture of feature films, television series and original video animation. These are just the tip of the iceberg, and they are all worth checking out.

Largely self-explanatory. If there are a lot of arses getting kicked, then it’s action. Look for: dazzling martial arts, cute girls with comedically over-sized guns and/or swords and anything else which includes ninja or samurai.

Flagship Titles: Dragonball Z, Fist Of The North Star, Ghost In The Shell, One Piece, Lupin The 3rd, Akira

The so-called ‘ordinary’ world can be just as entertaining and compelling as any fantastical setting, and ‘slice-of-life’ anime bears this out with tales of everyday people that are by turns analogous, instructive and charming. Comedy is heavily incorporated, and schools and workplaces feature heavily, as does some sort of profound life lesson.

Flagship Titles: K-On!, The Comic Artist and His Assistants, Barakamon, My Neighbour Seki, The Wind Rises

Like slice-of-life, only with fewer laughs and an absence of the ‘isn’t-it-funny-how-things-always-work-themselves-out’ vibe. The protagonists may not always come out on top, and a great sacrifice of some sort will have to be made along the way.

Flagship Titles: Angel Beats, In This Corner Of The World, Your Name, The Girl Who Leapt Through Time

As the name implies, anything of historical interest, not just in Japan but around the world. Perhaps not surprisingly, some heavy liberties can and will be taken with the accuracy of the events and individuals depicted.

Flagship Titles: Grave Of The Fireflies, Rose Of Versailles, Folktales From Japan, Musashi: The Dream of the Last Samurai

Why Not Try: Barefoot Gen, From Up On Poppy Hill, Nobunaga Concerto, Romance Of The Three Kingdoms

Great big bloody robots, usually shooting and/or beating the crap out of one another in a variety of locations. While it may not seem like it, mecha anime is one of the most thematically versatile genres in the medium; political intrigue, speculative science-fiction, psychological drama and slapstick comedy can feature heavily, sometimes in the course of a single episode.

Why Not Try: Patlabor, Megazone 23, Giant Robo: The Day The Earth Stood Still, Macross Plus

Why Not Try: Fairy Tail, Ah! My Goddess, Slayers

As one would expect: deadly threats to body and mind, be they supernatural or otherwise. Again, as with mecha, horror anime can be surprisingly versatile in subtext and subject matter.