Why Do Indians Touch the Feet of Their Elders? 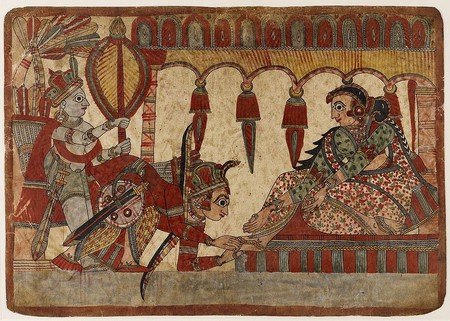 Touching the feet of elders is an age-old Indian tradition that is considered to be a mark of respect. This gesture can be seen in almost all Hindu families, both in India and abroad. In fact, some Bollywood movies and daily soaps have also depicted this common practice. Indians believe that when a person bows down and touches the feet of their elders, their ego gets suppressed as this gesture indicates respecting the age, experience, achievements and wisdom of the person whose feet are being touched. The elder person then, in turn, blesses the person touching their feet. Here are more facts and beliefs about this common Indian practice that you should know.

The right way to touch feet

To touch the feet of an elder or respectable person, you must bend your upper body in front of them, without bending your knees and stretch your arms forward. The arms should remain parallel and should be stretched in such a way that your right hand touches their left leg and left hand touches their right leg. The elder person should then touch the top of your head with their right hand and bless you. 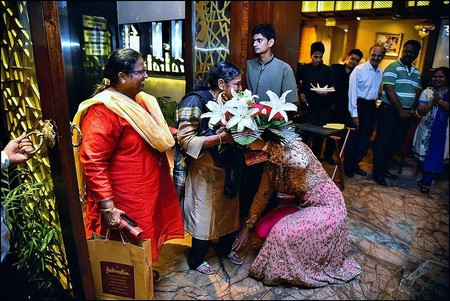 The science behind touching the feet of elders

The act of padasparshan (touching the feet) has a profound scientific reason. The nerves in the human body, starting from our brain, spread all over our body and end at our fingertips and toes. While doing padasparshan, when the fingertips of your hand are joined to the feet of the opposite person, a closed circuit is established between the two immediately and the energies of your bodies are connected – your fingers and hands become the receptor of that energy, while the feet of the elder person become the giver of the energy. When the elder accepts this respect, their heart becomes filled with good thoughts and positive energy, which they give out through their hands and feet.

Whose feet should you touch?

In India, people touch the feet of their elder brothers, parents, grandparents, teachers, spiritual gurus and other senior citizens. Only the feet of elders and such respectable people are touched because all through their life, they have acquired a lot of knowledge, experience and virtues, which prove to be extremely powerful and benefitting for the ones who show them respect and seek their blessings. 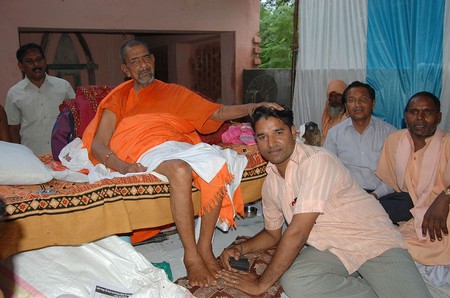 The practice of touching the feet of elders was adopted in India during the Vedic period and is called Charan Sparsh (charan means ‘feet’ and sparsh means ‘touch’). According to the Hindu tradition, when you touch the feet of an elder person, you are in turn blessed with knowledge, intellect, strength and fame. There’s an underlying meaning to this entire act, that those who are elder to you have obviously walked on this earth longer than you, have lived longer than you and have thus gathered a lot of wisdom and experience. So, if you touch all the dust on their feet that they’ve collected walking along their way, your life and future will be hugely benefitted.

As per Indian scholars, there are three ways of touching feet. The first one is the basic way of bending forward and touching the feet. The second is to sit on your knees and then touch the feet of the other person. The third and last one requires you to lie down on your stomach, with your forehead touching the ground, which is also known as the Sashtang Pranam, generally practiced by devotees in Hindu temples. While bending forward to touch feet, your back and waist are stretched. When you sit on your knees and then touch the feet of an elder, your knees are bent and all of the joints in your body are stretched, which relieves you from joint pain. While engaging Sashtang Pranam, your entire body stretches and body pain is cured. 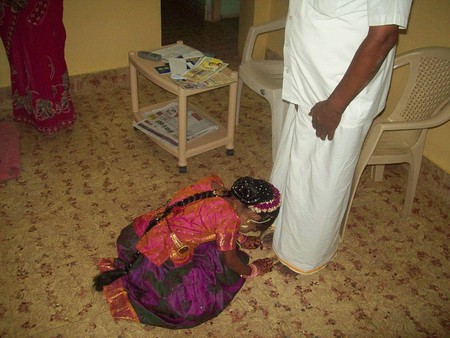 Occasions for touching feet in India

Indians touch the feet of their elders on various occasions in their daily life, such as: