Where to Go in Delhi for Panoramic Views 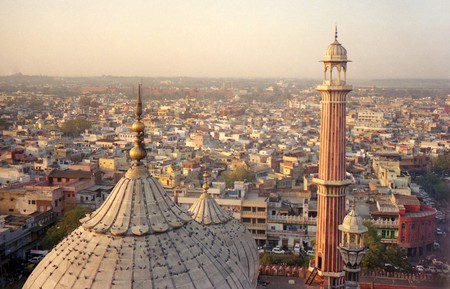 There aren’t too many lookout points in Delhi, but the few that do exist provide stunning views of the city. From the ancient ruins at Tughlaqabad Fort to a revolving restaurant at Connaught Place, here’s where you can capture panoramic views in the capital.

When Mughal emperor Shah Jahan commissioned the construction of the royal mosque in his new capital city of Shahjahanabad (now Old Delhi), he named it Masjid-i-Jahan-Numa, or a mosque that commands a view of the world. India’s largest mosque certainly leaves a lasting impression on every visitor, but it also offers a breathtaking view of Old Delhi from one of its 40-meter-tall minarets. While the entrance is free, you have to pay ₹ 200 (£2) for photography. 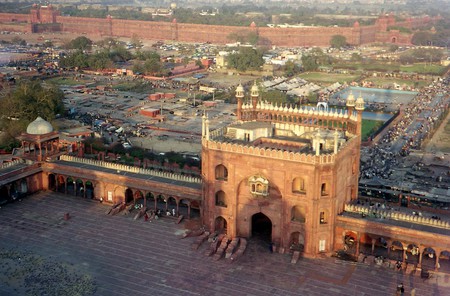 Tughlaqabad Fort was built in 1321 by Ghias-ud-din Tughlaq, the founder of the Tughlaq dynasty in India. One of the main purposes of the fort was to protect its residents against the invading Mongol forces. However, the place was abandoned within just a few years and many believe that was because of the curse laid on it by a Sufi saint. From the main bridge you get to enjoy a sweeping view of the ruins of Tughlaqabad Fort, a reminder of the area’s history. 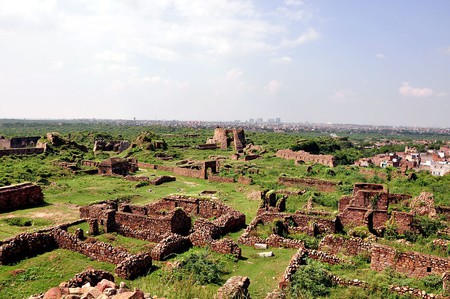 When the British decided to move their capital from Kolkata to Delhi, they chose Raisina Hill as the new administrative center housing all major government buildings as well as the Rashtrapati Bhavan, the official residence of the President of India. Located at an elevated area, you get a commanding view of the surrounding including the famed war memorial India Gate. 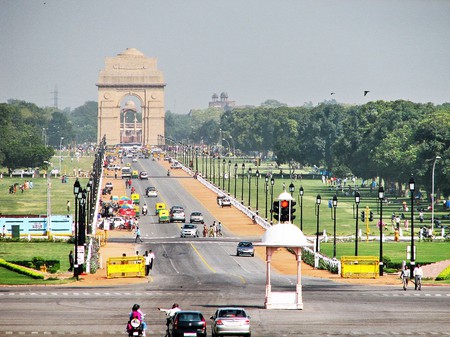 Parikrama is a one-of-a-kind dining option in Delhi as it’s the only revolving restaurant in the city. Located at a height of about 73 meters, it slowly revolves in order to provide a 360-degree view of the bustling commercial district of Connaught Place, all while you enjoy a hearty meal. It takes about 90 minutes to complete one full circle. You can also catch glimpses of monuments including Jama Masjid and Red Fort, situated in neighbouring Old Delhi, from the restaurant. 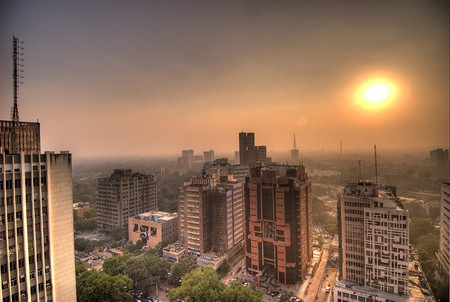 Thai High is one of the most popular Thai restaurants in Delhi. While there’s no doubt the food here is top-notch, what also draws people to the venue is its unrivalled location. From the rooftop, you can catch an unobstructed view of the iconic Qutub Minar and the surrounding neighborhood of Mehrauli. Qutub Minar is the tallest brick minaret in the world and the view from Thai High leaves you in awe of this lofty monument. 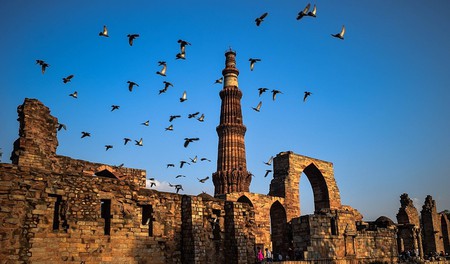 The Leela Palace New Delhi is counted among the finest luxury hotels in the capital. Among its many spectacular features is the rooftop infinity pool from where you can catch a panoramic view of the city’s skyline. Prominent landmarks such as the Qutub Minar, Lotus Temple and Rashtrapati Bhavan are all visible from Delhi’s only rooftop pool. Unfortunately only guests at the hotel are allowed to use the space. 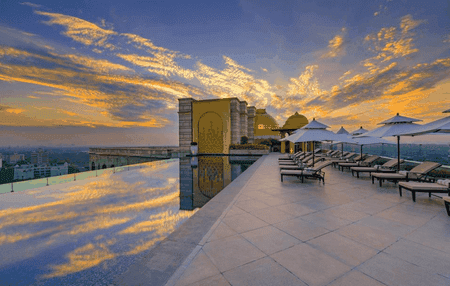 Hauz Khas Social is a bar, restaurant and workspace all rolled into one. The place encourages people to be social the old fashioned way, that is by actual physical interaction and not through digital devices. The concept has found many takers in the city, making Hauz Khas Social one of the most sought-after hangouts and co-working spaces. It also helps that the rooftop area here provides a great view of the Hauz Khas Lake along with the adjacent ruins of ancient forts. 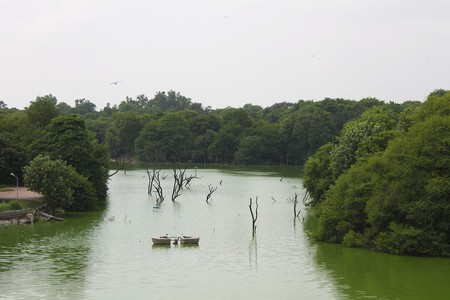