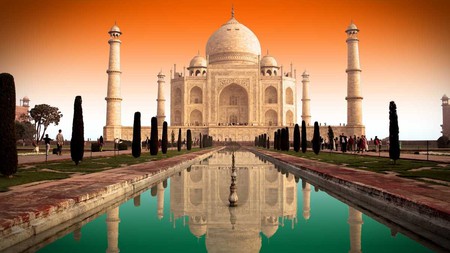 The Golden Triangle includes three cities that never fail to capture travellers’ imaginations: Delhi, Agra and Jaipur. For years, this has been the definitive route for anyone travelling to India on a tight schedule. Here’s the ultimate itinerary that we curated so you can experience the very best of this popular tour.

What is the Golden Triangle?

This route is called India’s Golden Triangle for two reasons. The three cities of Delhi, Agra and Jaipur are located so that they roughly form an equilateral triangle on the map, an approximate distance of 230 kilometres separating one city from another.

Secondly, Delhi, Agra and Jaipur are all repositories of Indian history and culture, thus truly making them ‘golden’.

Delhi has seen the rise and fall of some of the country’s greatest kingdoms. From the Delhi Sultanate to the Mughals and even the British, who built the city of New Delhi from scratch when they moved the capital from Kolkata, each empire has lent their own special characteristic to shape modern-day Delhi.

Agra, the city that hosts the Taj Mahal, served as the Mughal capital for years. While the beauty of the Taj is unrivalled, Agra also has some iconic monuments each crafted to perfection by the Mughals and echoing its own fascinating history.

The last stop on the Golden Triangle route is Jaipur, the city of the Maharajas and their regal palaces. The Pink City, as Jaipur is known as, is also famous for its kaleidoscopic bazaars and rich handicrafts.

Old Delhi, or the erstwhile Shahjahanabad, was built by the fifth Mughal Emperor, Shah Jahan, when he decided to shift the capital from Agra in 1638. The Old Delhi of today only looks like a shadow of its former past, but this is what makes the place so fascinating. The staggering size of the Red Fort, the elegance of the Jama Masjid and the bustling bazaars of Chandni Chowk will certainly take you back in time and are all unmissable spots in Old Delhi.

From here, you can drive down to Connaught Place, the popular shopping district of the capital. You can shop for souvenirs and even pick up a saree or two. Art lovers can also spot some great street art here. You can then head to the nearby Jantar Mantar, an interesting monument built for studying astronomy in the 18th century. Delhi’s first luxury hotel, The Imperial, is also located in this neighbourhood. 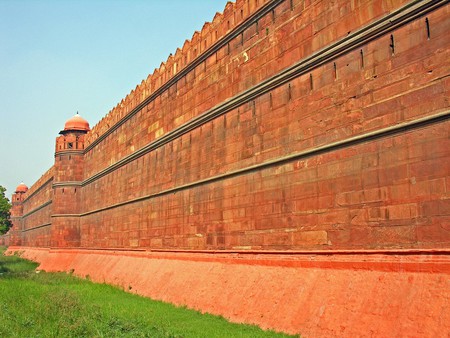 Day 2: A tour of Delhi’s most famous monuments

After the heady experience of Old Delhi, it’s time to visit the most famous monuments of Delhi. The towering Qutub Minar in Mehrauli is the first stop on the tour. The 240-feet structure is the tallest brick minaret in the world. After this, Humayun’s Tomb, another grand piece of Mughal architecture, is on the itinerary. Next up, you can either head to Purana Qila or if you feel like you’re running out of time, head straight to the India Gate. The war memorial commemorating the Indian soldiers who fought during World War II is an important structure in Delhi and has even been featured in a number of Bollywood films.

End your two-day trip to Delhi by spending a relaxing evening at the theatre watching some fine performances by local talents. Another option is to visit a rejuvenating spa to help you restore any tired bones and get ready for the next two stops on the tour. 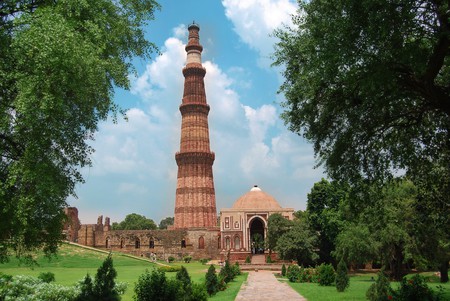 The drive to Agra starts early and it takes about four hours to reach the city from Delhi. Once you arrive at your hotel and freshen up, it’s time to visit the Taj Mahal. The mausoleum was built by Shah Jahan for his beloved wife, Mumtaz Mahal, in 1632. The ivory-white marble monument is often considered to be the pinnacle of Mughal architecture in India.

The second stop on the tour is the Agra Fort, the seat of the Mughal rule before the capital was moved to Delhi by Shah Jahan. The first Mughal ruler, Babur, is said to have stayed in the fort after his conquest of north India. It was also here that Shah Jahan was kept in captivity during his twilight years by his own son, Aurangzeb. It is believed that the old Emperor had a view of the Taj Mahal from his prison.

Tomb of I’timad-ud-Daulah is the final attraction to see in Agra. This monument is also called the Baby Taj and is thought to be a draft of the Taj Mahal. 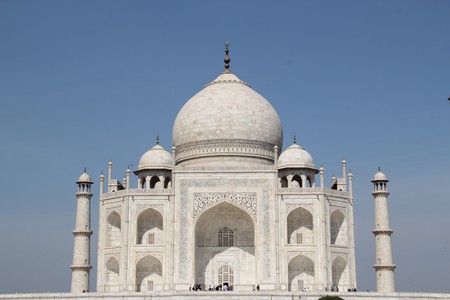 Day 4: The Pink City of Jaipur

On the way to Jaipur, make a quick stop t0 Fatehpur Sikri, located about 40 kilometres from Agra. The city, founded by Emperor Akbar, is an architectural marvel, yet often ignored amid other more renowned monuments of the Mughal era. For instance, the Buland Darwaza, the arch leading to the Fatehpur Sikri palace, is the highest gateway in the world.

In Jaipur, the first stopover is at the City Palace. The remarkable aspect of this building is the perfect fusion of Mughal, Rajasthani and even European architectural styles. Chandra Mahal, one of the sections of the palace, has a museum on the ground floor while royal descendants still reside in the rest of the six floors above.

Close to the City Palace is another prominent structure of Jaipur, the Hawa Mahal. Built of red and pink sandstone, this unique palace resembles a honeycomb hive. The 953 windows in the five-storey building were meant for the female members of the royal family to watch street processions during festivals. 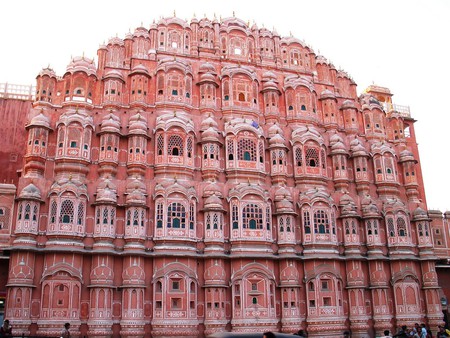 The city of Amer is located about 11 kilometres from Jaipur and is home to the stunning Amer Fort, sometimes also referred to as Amber Fort. To reach the fort, you can even choose to ride on a regal-robed elephant or simply climb up the stairs. The amount of work that went into the making of the palace and the level of skills required for it will leave anyone astounded.

In the evening, explore the bazaars of Jaipur, where you’ll find some of the most beautiful Rajasthani handicrafts. You can also buy some silver jewellery and semi-precious stones, for which the city is quite famous for.