These Are the World's Most Successful Cities 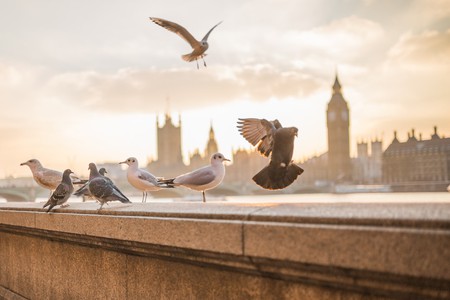 Despite only covering two percent of the planet’s surface, cities are responsible for 80 percent of the world’s economic production. The people who populate them (roughly 3.8 billion individuals) choose concrete over countryside because it affords them more job opportunities. But if you want to fulfill your potential choose wisely—some cities are better than others when it comes to facilitating the success of residents, and they aren’t necessarily the obvious ones.

According to the latest data from JLL City Momentum Index (CMI)—which examines 42 socio-economic and real estate factors—the most successful city in the world is Bangalore. India’s tech hub is emblematic of the country’s economic ascent—an impressive total of six Indian cities feature in the CMI top 30 this year.

Bangalore replaces London, which previously held the number one spot for two consecutive years. The period of transition and relative instability in the wake of Brexit cost the English capital five spots; it slipped to number six on the list.

Unsurprisingly perhaps, many of the most successful cities are ones with a thriving tech industry. Of the eight American cities that feature in the top 30, six have a very high density of technology companies: Silicon Valley (3rd), Austin (7th), Boston (9th), Seattle (20th), San Francisco (21st) and Raleigh-Durham (24th). The other two—New York (14th) and Los Angeles (27th)—are also “underpinned by robust technology sectors.”

So there you have it. To live your best life and capitalize on your talents—especially if they’re tech related—move to one of these innovation-oriented global cities.