A Brief History Of How Bombay Became Mumbai

The city’s controversial renaming to Mumbai from Bombay is something a lot of us haven’t truly processed yet. On one hand, it is only habit for a lot of the city to interchangeably use Mumbai and Bombay, but on the other hand nearly everyone is aware of the various political sentiments attached to the use of either name. And so is everyone aware of the occasional cases where addressing the city by its outdated name has sparked violent outbursts. Leaving aside all the controversy, the history of the city’s name change(s) is quite fascinating itself.

The city’s earliest recorded names are said to be Kakamuchee and Galajunkja, versions of which are still considered to be in use. However, the city was referred to as Manbai in the Mirat-i-Ahmadi, a historical text on Gujarat dating back to 1507 written in Persian by Ali Muhammad Khan. In Lendas da Índia or the Legends of India, written in old Portuguese by writer Gaspar Correia, the city was referred to as Bombaim, meaning ‘good bay’. ‘Bombay’ is an anglicized version of the Portuguese name used by the British when they took control of the city in the 17th century. Adding to the confusion, historical records indicate that the city was referred to as Mombayn , Bombay, Bombain , Bombaym, Monbaym, Mombaim, Mombaym, Bambaye, Bombaiim, Bombeye, Boon Bay, and Bon Bahia, among other names at different points in its colonial history! 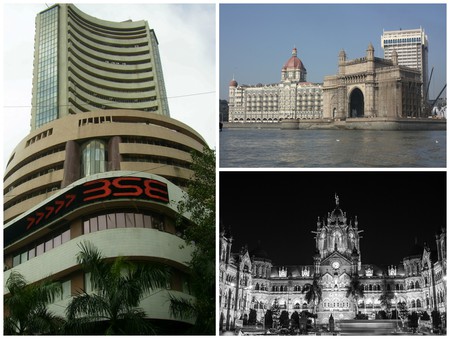 Regardless, ‘Mumbai’ is said to already have been in use in the 16th century by the local Koli fisher-folk community. It is considered to have been derived from the name of the Koli goddess Mumbadevi, considered to be the city’s patron deity and Aai (mother). And so some Marathi, Konkani, Gujarati, and Kannada speakers had been referring to the city as Mumbai even though it was Bambai to Hindi speakers and the rest of the country, and Bombay in official records.

The city’s official name change, to Mumbai from Bombay happened when regional political party Shiv Sena came into power in 1995. The Shiv Sena saw Bombay as a legacy of British colonialism and wanted the city’s name to reflect its Maratha heritage, hence renaming it to pay tribute to the goddess Mumbadevi. However, the name change wasn’t a singular incident specific to Mumbai. It is part of a larger, ongoing wave where places across India have undergone name changes often to rid themselves of names given by the British.