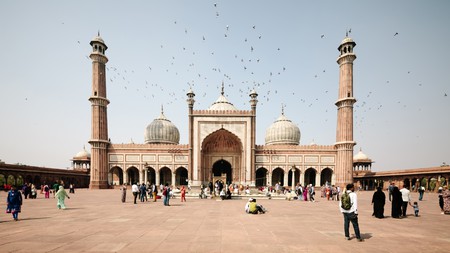 Delhi is where the India of the imagination becomes vivid reality. Here are ten reasons to visit India’s iconic capital.

Continuously inhabited for nearly 5000 years, Delhi is India’s most historic city, and its most captivating melting pot of cultures, customs and faiths. Much of the city’s ramped up reputation comes down to traveller inexperience – thanks to Delhi’s busy international airport, this is the first city many India visitors see, so general culture shock gets rolled into the Delhi experience.

For anyone thinking of taking the plunge into the Indian capital, here are ten great reasons to dive into Delhi.

Delhi wears its history on its sleeve, and regal relics stud the city streets like diamonds in a gold tiara. The Indian capital is not one city but eight cities, each stacked over the ruins of earlier empires like Russian nesting dolls. History in Delhi is not something found in museums – it spills into the street, poking up between Delhi’s modern buildings on every street corner. Most city blocks, particularly in the old city of Shahjahanabad, are ornamented with medieval masonry, towering tombs, and ancient mosques, mausoleums and memorials. 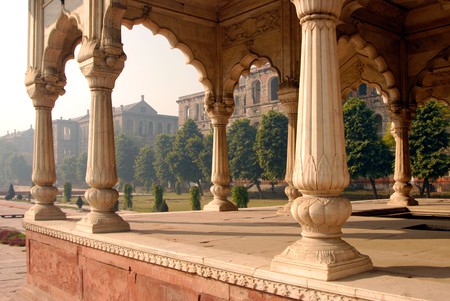 Immerse yourself in the city’s captivating culture

The capital is India’s finest repository of art and culture, and Delhi’s museums are chock full of treasures that shine a light on the subcontinent’s rich history and artistic heritage. Visit the National Museum to see thousands of years worth of sculpture, painting, metalwork, weaponry and jewels, or the National Art Gallery of Modern Art to observe the fascinating transition from art depicting India as it was seen by outsiders to the country’s own artistic vision of itself. Then there’s the charming Crafts Museum, paying homage to India’s lavish tradition of carving, sculpture, weaving and folk art. 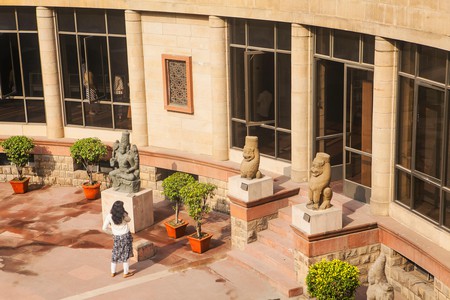 Eat a meal to remember

Delhi is India’s capital of cuisine as well as culture, and the city’s food stalls, street canteens and restaurants serve some of the most exciting food on the planet, from pocket-friendly street food snacks, to extravagant fusion food blending the best of east and west. You don’t go to Delhi for pasta; come instead for street food grazing on stuffed parathas (fried bread), puris (deep fried puffed breads with curry sauces) and pakora (gram-flour fritters), full-flavoured curries at famous-name restaurants, and spiced-infused flavour sensations at creative kitchens such as Indian Accent in the southern suburbs. 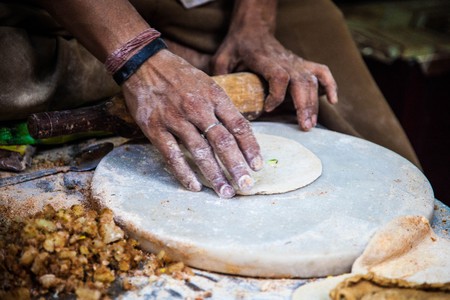 Explore the living past

Delhi has played a part in pretty much every event to shake the subcontinent, and its streets are dotted with the landmark locations for pivotal moments in history: the funeral sites of a dozen national leaders; the room where Mahatma Gandhi stayed on the day he was assassinated; the homes of national leaders Jawaharlal Nehru and Indira Gandhi; the palace of the last Mughal Emperor, Bahadur Shah Zafar. Exploring Delhi is a study guide for the forces that shaped modern India, and the perfect primer for understanding the rest of the country. 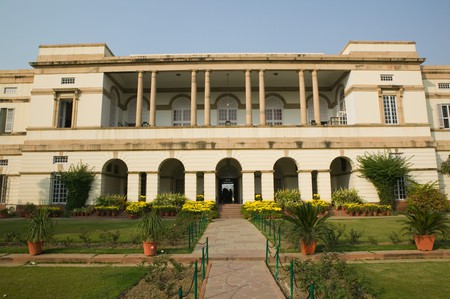 Have a brush with enlightenment

You might not immediately notice over the traffic noise, but Delhi moves to powerful spiritual rhythms. It is faith, rather than commerce or politics, that makes the city tick, and its temples, mosques and shrines hum with the powerful energy of shared belief. Even the simple act of feeding pigeons is an act of devotion, and Delhi’s wandering cows and monkeys receive special treatment as representatives of Hindu deities on earth. Join the faithful in the vast courtyard of the Jama Masjid mosque, or the crowds of pilgrims flocking to the ornate Akshardham Temple in Pandav Nagar, and you’ll open a window onto the incredible richness of India’s deeply held beliefs. 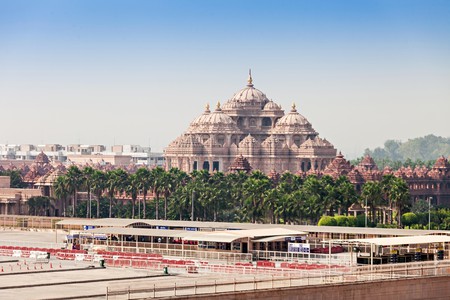 You’ll never forget the first glimpse of the Red Fort through the tangled alleys of Shahjahanabad. You’ll never forget climbing the minaret of the Jama Masjid and looking out over the rooftops of Old Delhi, beneath a sea of fluttering kites. Delhi is where the India of the imagination becomes vivid reality, and its irrepressible intensity sears its way into the memory, in a way that no other Indian city can. Rather than trying to cling onto what is familiar, Delhi is a place to surrender to India and let the subcontinent weave its wonderful magic. 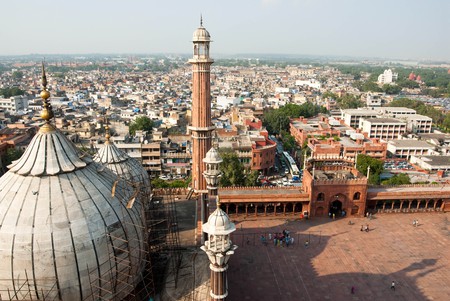 It’s remarkable how just the curve of an arch or the jut of a balcony can conjure up a sense of the subcontinent, and Delhi’s architecture defines the nation. Buildings such as the tomb of Humayun and the Red Fort represent the zenith of Mughal construction, and the graceful Indo-Saracenic buildings installed by the British, riffing on the same themes, add a European sense of theatre. Wander from the medieval bazaars flanking Chandni Chowk to the Red Fort, and you’ll be transported to the world of Arabian Nights; take high tea in the courtyard at Lutyens’ Imperial Hotel, or wander the concentric circles of Connaught Place, and you’ll be whisked back to the world of E.M.Forster and the Raj. 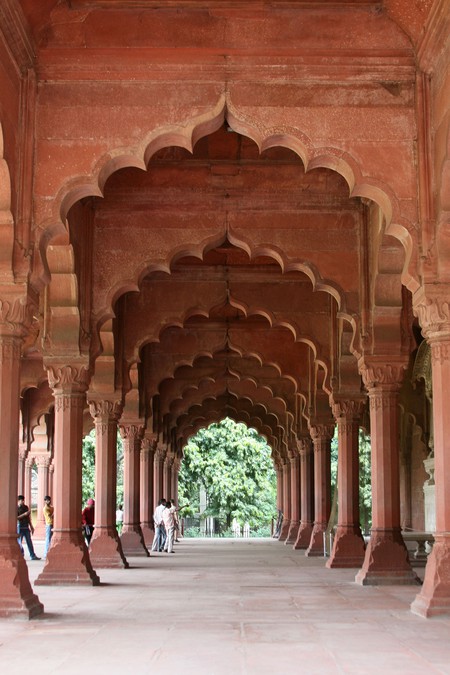 Sure, Delhi has gleaming modern malls in the suburbs, but it’s the markets that make shopping here a life-changing experience. Whole streets in the old city are devoted to the sale of paper kites, polished steel tiffin pots and wedding turbans, and almost anything can be found somewhere along the tangled lanes. Khan Market moves the action upmarket, with sleek homeware stores catering to the growing middle classes, while Hauz Khas and Shahpur Jat put a hipster spin on traditional Indian design. Then there’s wonderful Baba Kharak Singh Marg, lined with government emporiums selling the best produce from each Indian state, and one-stop-shop Dilli Haat, with craftworks – and food stalls – from across the subcontinent. Hone your haggling skills and dive in… 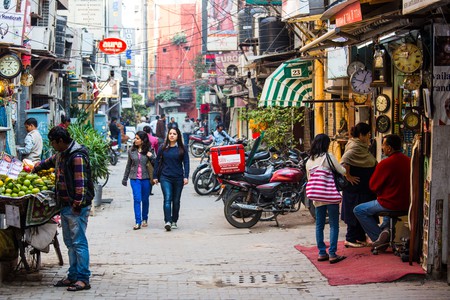 There’s more to sleeping in Delhi than the grungy backpacker hotels in Paharganj. The city offers everything from grand dame hotels such as the elegant, Art Deco Imperial on Janpath, to historic heritage stays at Haveli Dharampura, and five-star palaces like the Leela Palace and Taj Palace. At the other end of the spectrum are homestays in comfortable apartments in the genteel suburbs, and Delhi’s new generation of hostels, taking the dorm bed upmarket. Wherever you stay, a bit of India – a hint of spices, a distant jangle of Bollywood music, the call to prayer from a nearby minaret – will follow you back to your room. 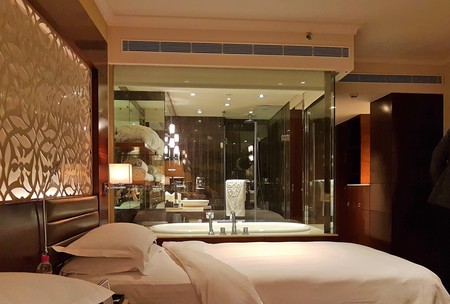 Easily escape from your central location

It might sound strange to recommend Delhi as somewhere that’s easy to leave, but the central train and bus stations mean easy access to the rest of the central plains and beyond. In just two hours you can be in Agra, gazing at the Taj Mahal. Five hours could take you to the palace of a Maharaja in Jaipur. In seven hours, you could be wandering with pilgrims at the Golden Temple in Amritsar. In ten, you could be looking over the Himalaya from the Ridge in Shimla… 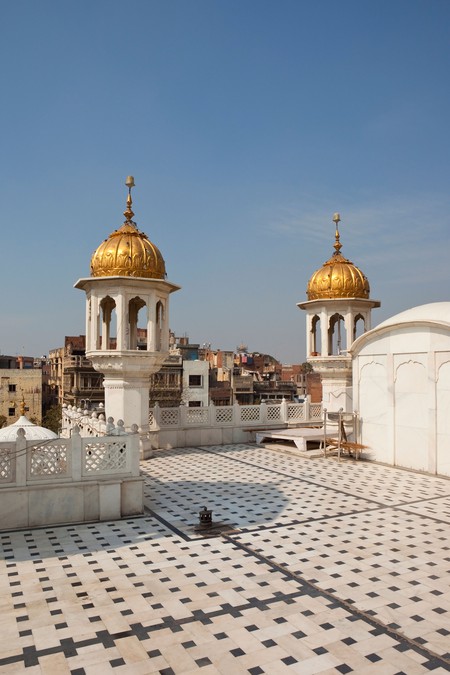