How To Spend 48 Hours In Bangalore, India 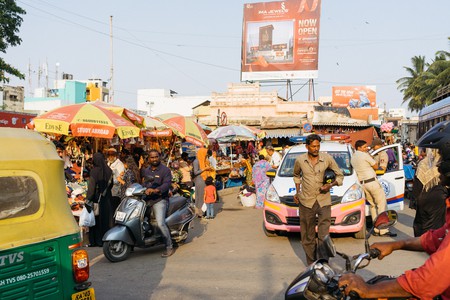 Bangalore city is much more than India’s ‘silicon valley’. From a rock estimated to be around 3,000-million-years-old to 1,000-year-old stone-carved temples, the best sunrise spots to the best coffee for the soul, Bangalore offers something for everyone. Although 48 hours just isn’t enough to explore in depth, here’s how to get the most of Bengaluru city in the limited time.

There’s nothing better than witnessing the sunrise. The tranquil experience of seeing the sky change colour as the sun ascends is breathtaking. Fortunately, Bangalore is filled with lakes and gardens that offer unhindered views of the unfolding magic. Sankey Tank near Malleshwaram or Hesaraghatta Lake in the north-western part of Bengaluru city are ideal places to catch the sunrise and maybe even jog or run to give your day an even better start.

All the sun watching and jogging will help you build an appetite. Well, that’s good because you haven’t seen the best places in Bangalore unless you’ve visited the best restaurants. CTR in Malleshwaram offers some of the best dosas in Bengaluru city. That with a cup of freshly grounded local coffee will set you in the right mood to discover so much more that the city has to offer.

After fueling yourself with some delicious South Indian food it’s time to explore the marvelous art and architectural monuments Bangalore city houses. Bangalore Palace is the best place to start your trip. Bought by the Wadiyar dynasty for their king in the 19th-century, the palace was built in Tudor style with neo-classical, Edwardian and Victorian style furniture and wood-carved motifs all over the palace. Inside, the walls are adorned with paintings by Raja Ravi Varma as well as Greek and Dutch artists. 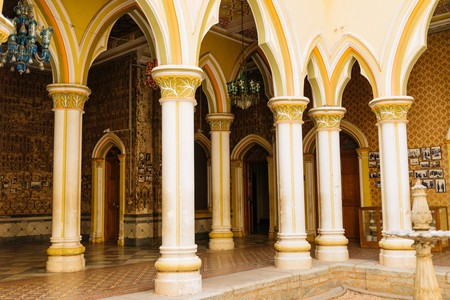 After taking in all the beautiful views in Bangalore Palace, your next ideal stop would be the National Gallery of Modern Art (NGMA). This art gallery in Bangalore houses large numbers of paintings, sculptures and installations by some of the best Indian artists of the century. NGMA is the best place to view excellent contemporary art and modern art paintings.

If you aren’t exhausted yet, the next and final stop should be at the Vidhan Soudha, which is the state legislature in Bengaluru city and an imposing building made in Indo-Saracenic and Dravidian style. The magnum structure overlooks the Karnataka High Court, another architecturally splendid building. 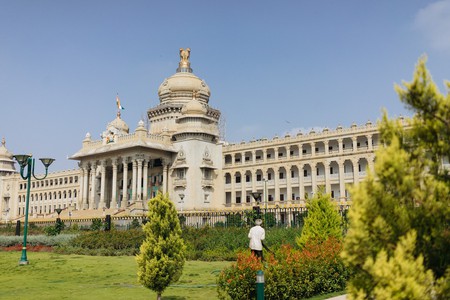 Evenings are a great time to catch theatre performances, attend music concerts or watch musicians perform live in restaurants and pubs. With a little bit planning ahead, you could book tickets to a performance at the prestigious Ranga Shankara. Bangalore’s comedy scene is pretty strong too and happens often. A good place to check events online are Book My Show or Events High.

If you’re not exhausted just yet and would like to stay out for dinner rather than ordering room service, then there are amazing options in Indiranagar. You can try North Indian food at Delhi Highway, Chianti for good Italian food or Phobidden Fruit for some Vietnamese cuisine.

The holy place is dedicated to a bull called Nandi who is believed to be God Shiva’s carrier. The beautiful 16th-century temple offers fascinating views of rituals and ceremonies being performed. Worshippers bathe the statue of Nandi with milk and apply butter to pay respect. There are young musicians who perform traditional South Indian holy music at the temple too.

Your next hop should be in the north-east of Bangalore, to Cooke Town. One of the oldest neighbourhoods in Bangalore city and one of the best culturally rich places to visit. Cooke Town lies in the Bangalore Cantonment area where lots of old colonial buildings still survive in good condition. The place looks quite different from the rest of Bangalore with small lanes, pop-up street fairs and a general laidback vibe.

Cooke Town is also one of the best places to eat all kinds of cuisines in Bangalore. There are great Lebanese, Vietnamese, Chinese, Syrian and French restaurants. One of the best places to have lunch would be at Chilli Chic. This place is not a typical restaurant and is run by a couple who decorate and design restaurant interiors for a living. With prior notice, you will be welcomed with food for a secret session on the terrace of their establishment.

Close to Cooke Town is another fascinating, old part of Bangalore called Pottery Town where a small community of potters and clay makers run shops. Narrow, crowded lanes are fringed with old homes and shops that make and sell clay idols and all kinds of items.

If you have any energy left, you could head to Chickpet. One of the oldest shopping locations in Bangalore, the place is crowded and a bit chaotic but that’s where you see how Bangalore really functions. There is a colourful flower market that makes for great photographs. There are handloom and fabric stores and the best saree shops that Bangalore has. 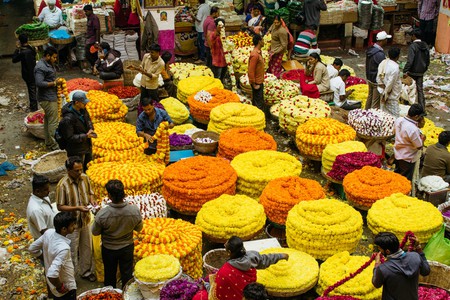 The evening could be spent unwinding at a restopub in Koramangala. Fenny’s Lounge and Kitchen is a great place to have some drinks along with delicious seafood. Sotally Tober is a good place if you like to dance after a few shots.

If you’re into or would like to try some good Malaysian and Thai food, then Nasi And Mee is a brilliant place to eat at. What’s In A Name offers good European and Asian food, along with drinks and live performances.