‘Great tasting dessert using the highest quality ingredients baked fresh just to bring a smile to your face’ — that’s how owner Neha Sethi sums up Sweetish House Mafia. For something that has become synonymous with beautiful, delicious cookies in Mumbai, Sweetish House Mafia has seen a truly incredible growth. Here’s Neha Sethi telling us the story behind it and more. 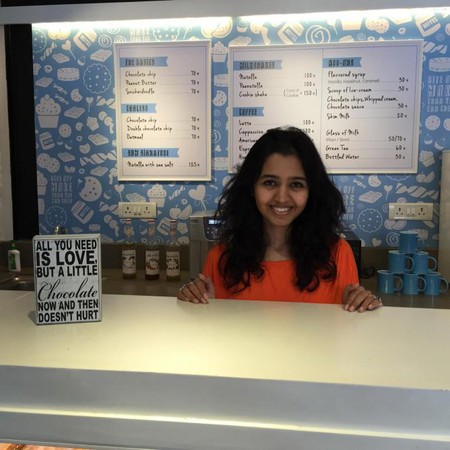 TCT: What’s your journey with Sweetish House Mafia been like? Can you take us on a short trip down memory lane?

Sweetish House Mafia started off in April 2013 as a name mentioned by my brother-in-law in passing and a logo made on PowerPoint. It was a passion project, started off till I could figure out how to make use of my finance degree. The fact that it took off the way it did was so surprising and so exhilarating. Never in my wildest dreams did I expect that it would get the publicity it did and so quickly at that. Print media, TV and radio interviews happened in such quick succession that it was mind-boggling. The responses were overwhelmingly positive. It went from being a passion project to a full-fledged career option within a few weeks. People got taken in by the name, the anonymity and, thankfully, the product. It was just the most amazing feeling to know that people cared so much about the cookies that they would wait in line for it. After a point though, we realized that we were just not being able to keep up with demand and that’s when we decided to take the plunge and open up the first brick-and-mortar store at Lower Parel. The first store opened its doors in September 2014, and since then, there’s been no looking back. My small home-based venture had become a proper job-creating business.

TCT: What advice would you give to someone who was trying to break into this business?

Work hard, stay focused and be patient. Be confident of your product, but be open to constructive criticism. Don’t dish out anything you won’t be happy eating yourself. Only if you love eating what you make will people love it too. And always remember that everything happens for a good reason.

Completely penetrating the Mumbai market. Over the course of next year, we aim to open several more branches in prominent parts of the city so that no Mumbaikar is ever too far from an SHM shop.

iOS all the way!

Kindle or an actual book?

Kindle. So much easier.

Both! Masala chai and cold coffee.

The beach or the hills?

You can visit Sweetish House Mafia at any of its three outlets in Mumbai — Lower Parel, Nariman Point and Bandra.