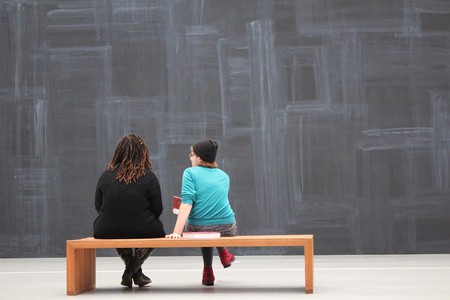 Mumbai has undergone a rapid transformation into a burgeoning cultural capital in recent decades and the city’s art scene has benefited hugely; becoming the most vibrant and exciting on the subcontinent. The city, still called Bombay by many locals, is now home to a host of independent contemporary art galleries, which feature the work of renowned and iconic Indian artists as well as cutting edge contemporary figures. We look at 10 of the best of these galleries.

Since opening in 2009 Volte has quickly established itself as a force to be reckoned with in the Mumbai arts world. Housed in Worli at Sumer Kendra, Volte is home to a range of multimedia installations, exhibitions, and events. Gallery owner Tushar Jiwarajka brings a wealth of international experience to proceedings as well as a taste for the bizarre, surreal and otherwise obscure, which has given Volte its unique identity. Jiwarajka’s combination of eclectic taste and international expertise has led to some groundbreaking exhibitions and a stable of innovative and renowned artists. These include local talent such as Pandit Bhila Khairnar and Boshudhara Mukherjee as well as international artists such as Belgium’s Wim Delvoye and South Africa’s William Kentridge.

Founded by the husband and wife team of Mortimer Chatterjee and Tara Lal in 2003, Chatterjee & Lal is a small but exciting addition to the Mumbai art scene. Focusing on boundary pushing, innovative art works in a range of media, Chatterjee & Lal was one of the first art galleries in India to feature a performance art installation when Nikhil Chopra occupied the gallery for three nights. The gallery also expands its operations into the streets of Mumbai, putting on performances, and creating installations in non-traditional spaces. The gallery combines an emphasis on young up and coming artists from the subcontinent with art from those who are inspired by the region. In 2007 they moved to a larger location, reflecting both their growth and that of the Mumbai art world.

Sakshi Art Gallery, in Mumbai’s Colaba district, was established in 1984 as a means of introducing a more commercial structure into India’s chaotic art market. In doing so it has garnered a reputation as a centre of influence in the Indian art world. Its support for leading Indian artists such as M.F. Husain, Ram Kumar, F.N. Souza and K.G. Subramanyan, amongst others, has put it at the forefront of the art scene in Mumbai and throughout the country. It is now one of the largest private art galleries in Mumbai and its location has contributed hugely to the city’s emergence as an artistic hub. Whilst it has put on exhibitions throughout the world, Sakshi Art Gallery remains committed to supporting young artists in India and promoting their work abroad.

Built in a former 19th-century printing press, Project 88 occupies a huge 4000 square feet space which allows it to put on a particularly expansive range of works and installations. It has garnered a reputation for its immersive exhibitions and performances, its artist residencies and its collaborations with other galleries both in India and overseas. The gallery has attracted an impressive roster of artists, both established names such as Bharti Kher and Hemali Bhuta, and relative unknowns who work on the periphery of the arts world, such as the eccentric Otolith Group and the graphic novelist Sarnath Banerjee. Recent exhibitions have included Hemali Bhuta’s ‘Point-Shift and Quoted Objects’ and Banerjee’s ‘Barwa Khiladi – A gallery of underachievers’.

A commercial off-shoot of the venerable Gallery Chemould, which has been a mainstay of the Mumbai art scene since 1963, Chemould Prescott Road Gallery maintains its parent gallery’s commitment to contemporary Indian art. It combines this commitment with state of the art facilities and a capacious exhibition space inside a 19th century relic of British colonialism. Gallery Chemould became famous for advocating the work of Indian modernist icons such as MF Husain, KH Ara and S H Raza, and giving them a venue to show their pioneering work in what was then a deeply conservative art market. Gallery Chemould upholds these values as it continues to support young upcoming artists from throughout India. Recent exhibitions have featured the work of Vishal K Dar, Anju Dodiya, Bhuvanesh Gowda and Pushpamala N.

Tasveer is unique on the Mumbai art scene in its focus on the photographic arts. It is, in fact, the home of the national photography collective of India and as such houses a wide array of photographic riches documenting the history of India as well as the archives of several iconic Indian photographers, from the fields of fashion, the arts, and reportage. As well as celebrating the work of Indian photographers, Tasveer also features exhibitions by some of the leading figures in the international scene, as well as curated thematic exhibitions. Some of the latter include ‘Chinese Photography Now’ and ‘Maharajas’, a document of the elite who once ruled much of India. Tavseer has also put on recent exhibitions featuring the work of Raghu Rai and Derry Moore.

An exceptional space, both in terms of size and ethos, Gallery Maskara benefits from being based in a former grain factory, the soaring roofs of which allow it to put on installations of dizzying size and scale. Maskara also places an emphasis on subverting the more staid and conventional elements of the Mumbai art world and encourages more of an inter-disciplinary approach to the production and exhibition of art. The gallery aims to act as a catalyst in India’s underfunded arts scene and promote the work of innovative and radical artists in a professional and commercial context. The gallery’s owner Abhay Maskara also seeks to transcend the reductive labels of national arts and in doing so reveal the way in which culture and art exists in an international dialogue beyond national borders.

Run by mother-and-daughter team Usha Mirchandani and Ranjana Steinruecke, Galerie Mirchandani + Steinruecke combines exhibitions of internationally renowned artists with a roster of up and coming local talent. Ranjana Steinruecke worked in both Manhattan and Berlin before moving to Mumbai and still maintains links with the thriving art scene in both of those cities. This is evident in Galerie Mirchandani + Steinruecke’s past exhibitions which have featured leading contemporary figures from Germany such as Wolfgang Laib, Sigmar Polke, Kiki Smith, and Jonathan Meese. Some of the local artists the gallery represents are Manish Nai, Varunika Saraf, Abir Karmakar and Ratheesh T. The gallery has also featured works by older more venerable artists such as C.K. Rajan and Jyothi Basu. Recent exhibitions have featured the mixed media art of Surabhi Saraf and the paintings of Siji R. Krishnan, which reference the motifs of Indian art whilst creating a unique new visual language with which to express them.

When it opened in 1963, Pundole was one of the first art galleries to be established in India. It is now a respected institution on the art scene, which has promoted contemporary visual art in India throughout its existence. It has been a formidable advocate and supporter for artists such as M.F. Husain, V.S Gaitonde, Ram Kumar, Akbar Padamsee, K.H. Ara, F.N. Souza and Krishen Khanna, and in doing so has established their reputation within India and in the international art world. The gallery façade still features a huge mural by M.F. Husain and his works have been central to the gallery’s continued success. Whilst Pundole has not expanded to the extent that some its neighbours have, it nonetheless retains a significant influence thanks to its illustrious history and its vital place in the development of India’s art market.