India's 15 Most Popular and Mouth-Watering Desserts 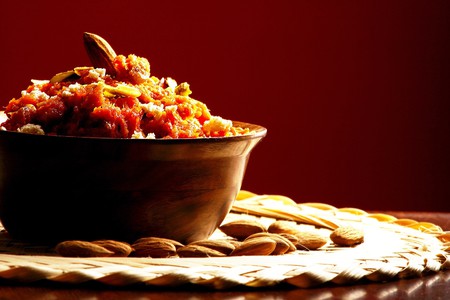 Mithais, or sweet treats, are an integral part of Indian cuisine. While they’re enjoyed during a hearty meal, sweets and desserts are also central to Indian festivals. Some of these, like laddu, originated in ancient India, but many of them were introduced to the country by the Mughal rulers who came from Persia. Here are some of the most delicious Indian desserts that you need to try on your visit to the country.

Laddu is the most popular festive treat in India. There are many different versions of this favourite sweet and the most popular is motichoor laddu. It is believed that the dessert was invented by an ancient Indian physician, Susutra, who used sesame laddus as an antiseptic to treat his surgical patients. Laddus are also the most common sweet offerings made to God.

There are a lot of different milk-based puddings in India and kheer is one of the most-loved among them. It is made by boiling rice with milk and sugar and later garnished with saffron, cardamom, dry fruits and nuts. Kheer, phirni and payasam are all different variants of Indian milk puddings. In South India, rice is replaced with vermicelli and the dish is called seviyan.

Gulab jamun came to the country from erstwhile Persia (Iran) when Muslim rulers started arriving in India and establishing their dynasties here. These sweets are made of khoya, which is a ball-shaped milk powder. The khoyas are deep-fried and dipped in a sugary syrup, which is usually flavoured with saffron and rose water. 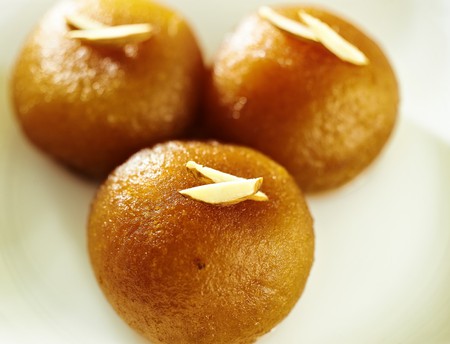 Gajar ka halwa is a dessert made from grated carrots, which are first simmered in milk and cardamom. The mixture is then fried in ghee (clarified butter) and sugar. Finally, the dish is garnished with dried fruits. The dessert started becoming popular during the Mughal period and today, it is served during both Hindu and Muslim festivals in India, including Diwali and Eid al-Fitr. 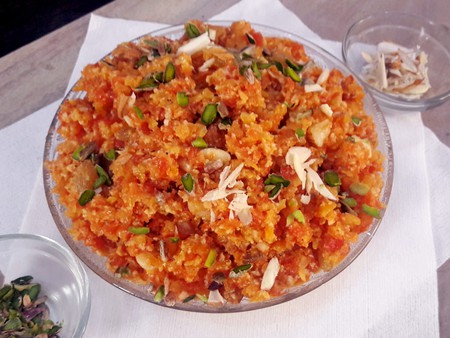 Bengalis are known for their love of sweetmeats and sandesh is one of West Bengal’s most popular treats. Sandesh is traditionally made from chenna, a residue of curdled milk. Some believe that the dessert was inspired by the cheese-based dishes that early European traders brought along with them to the city of Kolkata.

Like sandesh, rasgulla is also made from chenna. These spherical dumplings are cooked in a sweet syrup until the juice infiltrates the dough. This sweet is so popular that two Indian states, West Bengal and Odisha have been feuding over it for years, with each claiming the rasgulla originated in their respective region. 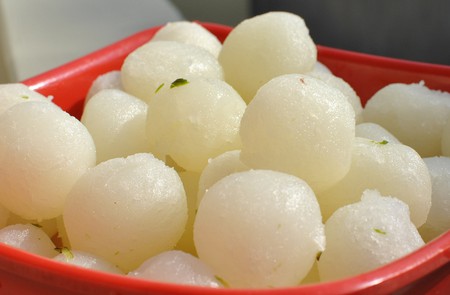 Kaju barfi is a cashew-based Indian dessert similar to fudge. It is traditionally shaped like a diamond and is one of the more expensive sweets found in the country. It is therefore considered a valued gift during festivals and special occasions.

Kulfi is the Indian version of an ice cream. Like many Indian desserts, kulfi has also been borrowed from Persian cuisine. It was made popular when the Mughals settled down in India and the dessert is also mentioned in the literature of this period. The flavour of kulfis is often enhanced with pistachios and saffron. 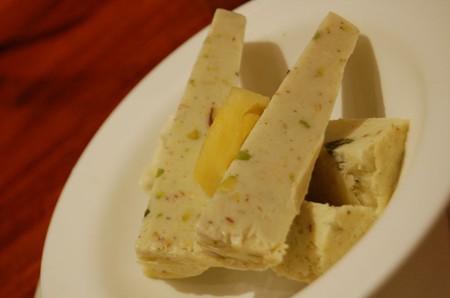 Jalebi is a favourite among Indians. It is a hoop-shaped sweet made by deep-frying flour that is later soaked in a sugary syrup. Different versions of jalebi are also found in Iran and Turkey. The recipe of this humble dessert is found in many ancient Indian cookbooks, dating back to the 15th century. Jalebis taste best when served warm.

Ghevar is a filigreed delicacy which originated in the state of Rajasthan. The sweet is customarily distributed during the Teej festival. Teej is a two-day ceremony, celebrated by married women, where the Goddess Parvati, Lord Shiva’s consort, is invoked for conjugal bliss.

Ras malai is another famous Bengali sweet dish. Ras means juice and malai means cream and this dessert basically consists of a creamy dough made of Indian cottage cheese soaked in a thick sweetened condensed milk. A well-known Bengali confectioner, Krishna Chandra Das from Kolkata is often credited with inventing the dish, but there aren’t any formal records to prove this claim.

Malpua is a pancake-like dessert mostly found in the Indian state of Odisha. The batter is usually made of flour and semolina but varies from region to region. It is common to use cardamom to enhance the flavour of the dish. After it is deep-fried, malpua is dipped in a sweet syrup and topped with a sweet condensed milk called rabri.

Mysore pak is very popular in South India. This sweet dish is thought to have originated in the Mysore Palace during the 19th-century reign of Maharaja Krishnaraja Wadiyar IV, the 24th ruler of the Kingdom of Mysore in Karnataka. The indulgent dessert is made from flour, sugar and a copious amount of ghee. 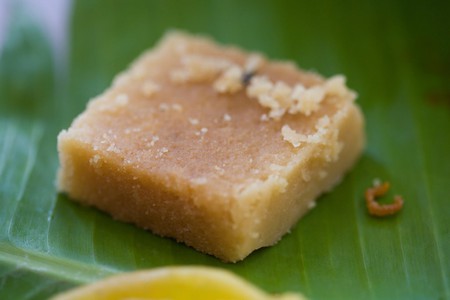 The most famous of Indian pedas is found in the holy city of Mathura in Uttar Pradesh. Not surprisingly, because this sweet is said to be indigenous to the place. Like laddu, peda is a popular sweet offering made to God. Milk and sugar are the two main ingredients in this dessert. 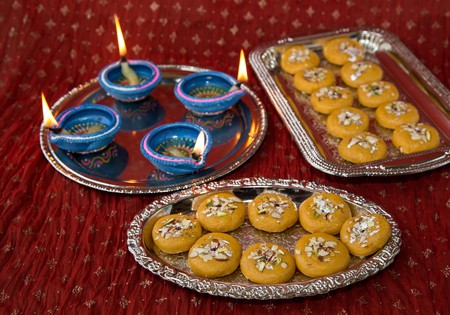 Soan papdi is a sweet that has a uniquely flaky texture and that melts in your mouth almost like cotton candy. The Turkish Pismaniye comes close in comparison to this Indian dessert. Gram flour is a key ingredient used in the making of soan papdi, which involves a very elaborate preparation process. 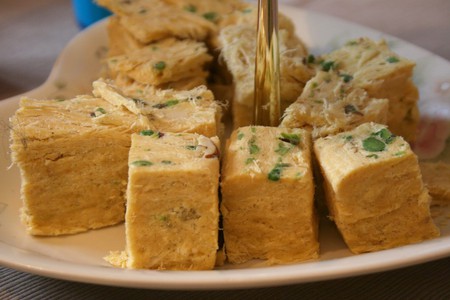