How to Spend 48 Hours in Kolhapur, India 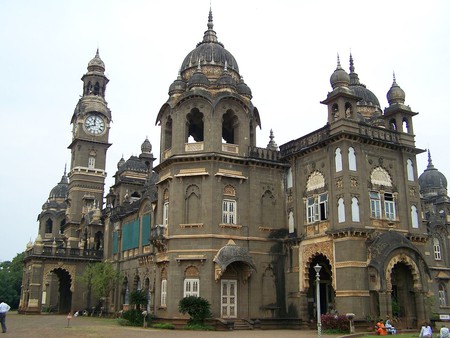 If you are traveling to Goa via the Pune-Bangalore Highway, it’s hard to miss Kolhapur. Known for its chappals, cuisine, and the temples, the City of Wrestlers has more to offer. If you carefully plan, it’s possible to cover most of the attractions within 48 hours. Here’s how it can be done.

What could be a better way to spend your first morning in Kolhapur than to visit its famed temples? It is dotted with numerous temples, big and small, and they are some of the most interesting places in the city to see. One of the most popular is the Mahalaxmi Temple, dedicated to the goddess of prosperity Mahalaxmi, also known as Amba Devi. Built during the 7th-century under the Chalukya reign, the temple is composed of exquisitely intricate carvings and sculptures and has a compound featuring different architectural styles as well as displays of images of Shiva, Ganesha, Vishnu and other Hindu deities. After paying your respects to the temple deity, you may head to explore other nearby attractions like Bhavani Mandap, which is walking distance from the temple. You can also pay a quick visit to Sajja Kothi at Panhala Fort. 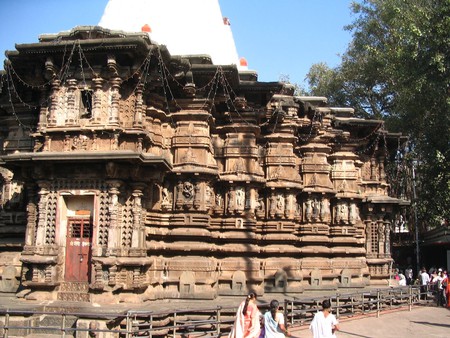 After a morning of exploring religious structures, spend your first afternoon in Kolhapur visiting the most famous museum in the city, Chhatrapati Shahu Museum. Built in 1883, it is one of the most famous structures known for its architecture in Maharashtra. The museum boasts a beautiful collection of war artifacts, paintings, sculptures, stone carvings, and jewels. The architectural style of the Chhatrapati Shahu Museum can be defined as a collective influence of Jainism and Hinduism that is mixed with the style of the royal families of the past. If traveling with kids, take them on a fun and educational filled treat to this museum. 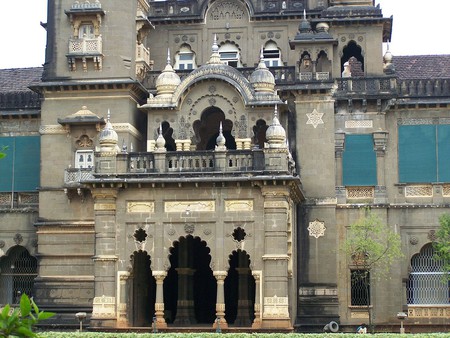 If you love shopping, you will love Kohlapur. One of the most popular shopping centers here is DYP Mall. However, Kolhapur is known for a special type of necklace known as Kolhapur saaj and other jewelry like mohanmal, har and malas, chaplahar, bormal, putlihar and ponehar – their names are derived from the peculair shapes of the pieces. A choker made with very closely bound beautiful tiny beads of gold called thushi, is a popular Kolhapuri jewelry as well. Apart from this, the city is known for Kolhapuri chappals and many other leather products. These are fantastic things to take back home. Some of the best places to shop for these goods include Shivaji and Mahadwar Roads, Bhausinji Road, Shetkaari Bazaar and the area around the Rajarampuri bus station. You may keep exploring some of these bazaars on day two as well.

There is nothing better than good food to end your first day in Kolhapur, and you are in luck as there are many great restaurants in the city to choose from. From fine dining to local cuisine to affordable eateries for low-budget travelers, there is something for everyone. For fine dining, you should head to Little Italy, Barbeque Nation, Moon Tree Café or Patlacha Wada. For a taste of the local cuisine, the best names include Opal, Dehati, and Hotel Padma. For great food at low prices, you can pick from Parakh, Niyaaz, All India Special Bhel, Phadatare Misal Kendra and more.

After spending the afternoon exploring, you may also pay a quick visit to Radhanagari Dam before you head out for a few snacks at Hotel Datta which is less than five kilometres from the park and serves sumptuous hot food. 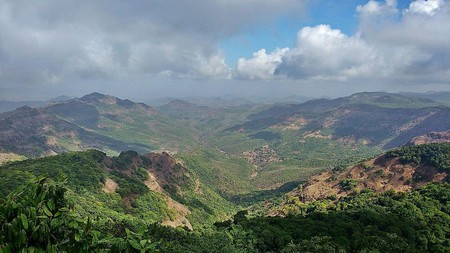 Kolhapur is surrounded by nature, and there is no shortage of places you can visit to enjoy it. One of the most beautiful places you can go to in the city is Rankala Lake. It derives its name from Rankabhairaw, an ancient temple situated in the middle of the lake. Rankala Lake, also known as ‘The Heart of Kolhapur City,’ is a picturesque water body flanked on its north by the majestic Shalini Palace. You can enjoy a long boat ride on the lake, and also watch your kids go on horse rides. 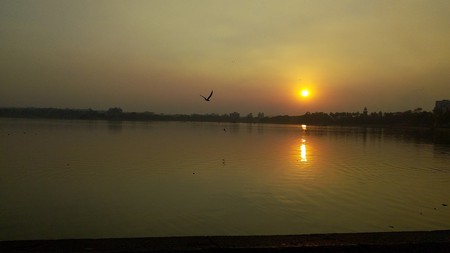 The nightlife in Kolhapur is vibrant and exciting. You can have a lot of fun on your last night in the city. There are bars and pubs where you can relax and enjoy good food and superb drinks menu. Whether you want to chill with a pint of beer or enjoy delicious cocktails, you can be sure to find the ideal place. Some of the popular bars and pubs in Kolhapur include EDGE Lounge, Hotel Sayaji, Liquidz Lounge Bar, Poison Restored Lounge, Bar and Resto, and Vintage Bar.

Other attractions worth a visit

Further temples you can add to your list if time permits include Jyotiba Temple, Binkhambi Ganesh Mandir and Kopeshwar Temple. Other prominent attractions include Gagangiri Maharaj Math, and Khasbag Maidan. Every historic monument in the city tells a unique story that will educate you about this small city’s rich history and its vibrant culture. Other picturesque attractions you can visit if you plan on extending your stay in Kolhapur include Rautwadi Waterfall and Ramtirth Waterfall.

Two days is all you need to have an unforgettable experience in Kolhapur. The city has loads to offer when it comes to sightseeing, entertainment, shopping, and nightlife. With a bit of planning, you can make the best of your 48 hours in Kolhapur.