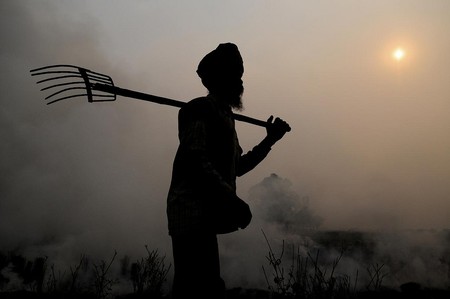 A new data released by the World Health Organization (WHO) has confirmed that 14 of the world’s 20 most polluted cities are in India, with Kanpur topping the list.

The air quality in these cities has been rendered extremely toxic and severe with excessive levels of PM2.5, which are fine air particles consisting of fatal pollutants that cause a number of cardiovascular and respiratory diseases.

Kanpur, in the state of Uttar Pradesh, tops the list with the highest PM2.5 level of 173 (in the year 2016), which is 17 times greater than WHO’s safe limit. Faridabad and Varanasi follow suit while India’s capital, Delhi, stands at number six with an average PM2.5 level of 143.

Here’s a list of each of the 20 cities and their PM2.5 levels, as published by WHO:

The report claims that around 7 million people die annually due to outdoor and household air pollution. Nine out of 10 people breathe polluted air every day and eventually become prone to diseases such as lung cancer, respiratory infections, heart diseases and stroke. 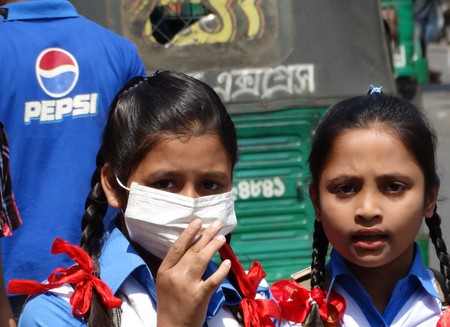 Most of the Indian cities on the list presented by WHO are major industrial centres of the country. Here, harmful pollutants released from factories and garbage dumps cause pollution and build up smog in the air. There is probably no regulation that governs the waste produced, hence, the factories do not take any pollution-control measures. Population growth is another factor that has lead to an increase in air pollution, followed by large-scale construction and rising numbers of automobiles on the road.

Last year, farmers in the Indian states of Punjab and Haryana burnt rice residues after the harvest, in order to prepare the land for wheat planting. A public health emergency was thus declared in Delhi (because it is close to the two states) as the level of pollution had increased severely – 70 times the acceptable safe limit. 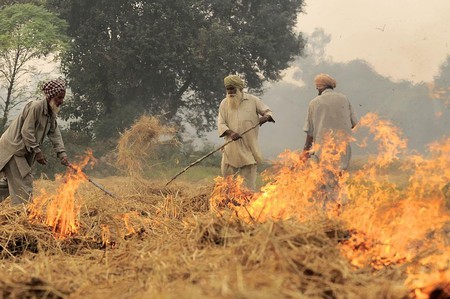 Household pollution is also a huge factor that contributes to the dipping air quality. This is so because more than three billion people across the world still use polluting fuels and technologies to cook food in their homes.

‘It is unacceptable that over 3 billion people – most of them women and children – are still breathing deadly smoke every day from using polluted stoves and fuels in their homes’, said the director-general of WHO, Tedros Adhanom, according to the BBC. ‘If we don’t take urgent action on air pollution, we will never come close to achieving sustainable developments’. 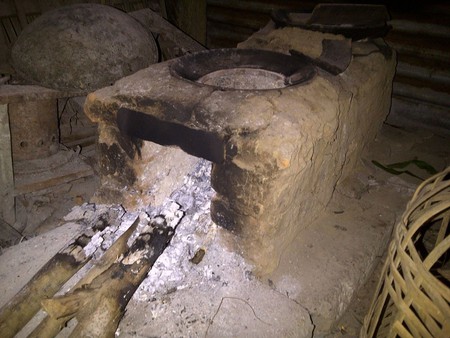 A brick stove used in some rural areas | © Okkisafire / WikiCommons

How is India trying to combat air pollution?

The government of India has taken some considerable steps to reduce air pollution in the country. A monitoring network has been set up to check on ambient air pollution and a ban has also been imposed on burning municipal waste, biomass and leaves. Cleaner eco-friendly fuels like LPG and CNG have been introduced. The Indian government has also levied a tax on polluting automobiles to discourage people from using private vehicles and to incentivize the use of public transport.

To deal with household air pollution, the Indian government’s Pradhan Mantri Ujjwala Yojana scheme has given free LPG connections to around 37 million people who are living below the poverty line. This is an attempt to help then switch to clean, pollution-free households for themselves and for their children.