The Surprising Origins of the Word Orange 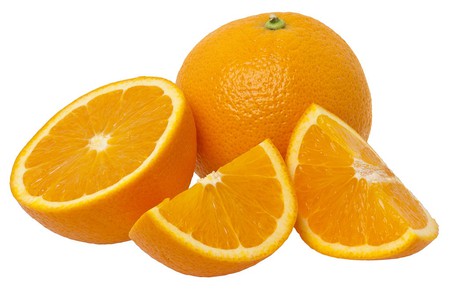 In terms of the history of colours, it’s only recently that the colour orange got its own name. Surprisingly, the fruit came first, originating in China, and the English word ‘orange’ to describe the colour, followed thereafter.

It’s thought that the orange fruit originally came from China – the German word Apfelsine and the Dutch sinaasappel (Chinese apple) reflect this. Historians believe the fruit made its way to Europe either by Italian traders or Portuguese navigators around 1500. In fact, ‘China apple’ is still a synonym for orange in a number of languages, including Dutch and Ukrainian.

Before orange (the fruit) made its way from China to Europe, yellow-red was called simply that: yellow-red, or even just red.

The English word ‘orange’, to describe the colour, ultimately comes from the Sanskrit term for the orange tree: nāraṅga. It’s thought that early Persian emperors collected exotic trees for their gardens, which likely included orange trees. Arabs later traded the fruit and spread the word all the way to Spain; the Spanish word for orange is naranja. In Old French, the fruit became orenge, and this was adopted into English, eventually becoming ‘orange’, to describe the fruit as well as the colour. 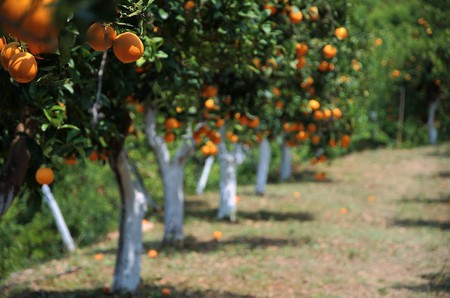 Oranges beat the likes of pumpkins and carrots to name the shade of the colour itself. This most likely has to do with timing. Pumpkins weren’t discovered until later, and carrots didn’t become orange until the 16th century when Dutch farmers bred them that way. Before that, they were various other colours, including yellow, white, purple, and red, but rarely orange.

Today, orange trees have become the most commonly grown fruit trees in the world. It’s a popular crop from the Far East to the Mediterranean area. However, Florida, in the United States, leads in world production of the fruit, having an annual yield of more than 200 million boxes.

So there you have it, the orange fruit originated in China, was brought to Europe by traders, and via Sanskrit, Spanish and Old French evolved into the English word we now use to describe both the fruit and the colour.