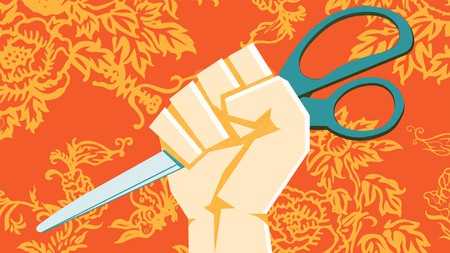 Hanfu is a form of traditional Chinese dress in the midst of a revival, with its young, female wearers ranging from sartorialists fuelled by the fantasy of fashion to Sinocentric activists pushing a political message.

“We draw on the past in the creation of the present and the future,” says Wendy Yu, Chinese entrepreneur, fashion expert and investor in new creative talent. “Today’s youths are exploring Hanfu stylistically. I interpret it as a sign of expression and cultural confidence rather than a nod to ideology.”

The Hanfu is a traditional Chinese robe cut from silk with a self-tie waist belt. It’s often decorated with painterly floral and dragon designs in red and green. Beautifully ornate, it was first worn during the Han Dynasty, which spanned four centuries and has been referred to as China’s ‘golden era’. But when Manchu warriors conquered the Han dynasty in 1644, Hanfu clothing was banned and people were made to wear qipao and the high-collar jackets favoured by the Manchu. 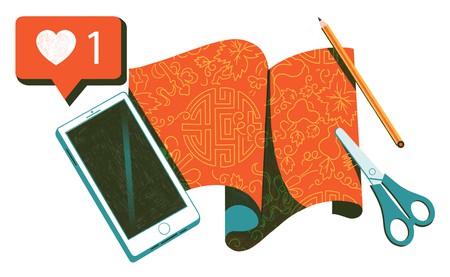 Since 2001, Hanfu has been making a comeback, with its revival gaining global recognition largely due to the rise of the internet. It enabled Hanfu revivalists to connect with one another via discussion boards like Hanwang, or the Han Network. People shared pictures, sketches and tips on how to make the clothing, even posting photos of themselves wearing the robes for everyday activities. A community was born and continues to thrive nearly 20 years on.

A recent report published on Chinese online platform Sohu stated that nine out of ten of today’s Hanfu wearers are female, with an average age of 21. While some have embraced the tradition as a form of escapism and a celebration of the fantasy of fashion, others are using the trend to make a political statement about the oppression of the Han in the 1600s.

“The majority of Hanfu enthusiasts I met characterised themselves as Han nationalists advocating for a greater role for China in the world,” says Professor Kevin Carrico, an expert in modern Chinese history at Macquarie University in Australia and author of The Great Han, which explores the history and ethics surrounding the Hanfu resurgence. “Individual wearers, in my analysis, play out their own fantasies through Hanfu. Nationalism is a type of fantasy and is one of the primary modes of fantasy in the movement.”

He highlights the complications surrounding the movement, explaining how some Han nationalists view the adoption of traditional clothing as a rebellion against Manchu oppression.

“By playing into a sense of victimhood, these narratives have real resonance and create a powerful fantasy of ethnic and self-representation that many people find enjoyable, but which fundamentally misrepresents and contributes negatively to ethnic relations in China today,” he says. “I do think Hanfu has a place in contemporary Chinese culture, but I don’t think it is making a positive contribution to the political or cultural fields.” 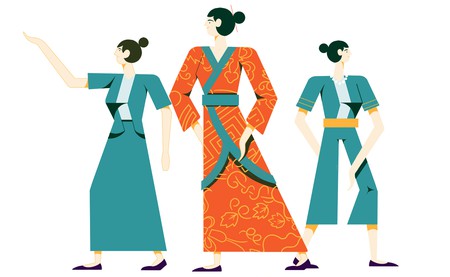 Fashion’s cyclical nature means the resurgence of trends is always on the horizon, but there’s cultural depth to the revival of China’s Hanfu that outshines any neon colour palette or ’80s-inspired shoulder pad dominating today’s runway collections. Influential designers including Christian Dior and Yves Saint Laurent have drawn from traditional Chinese dress to inspire past collections, but Hanfu’s contentious history has deterred designers from making direct links to the tradition.

Yu shares a similar vision; “Clothes are often a form of messaging and communication to the world, but I think that linking Hanfu to politics can distract from learning about ancient Chinese tradition,” she says. “It reminds me of the rich history of our country, which is so united and yet so culturally diverse, and I like that it can have its place in modern society.”