The 10 Most Beautiful Towns In China 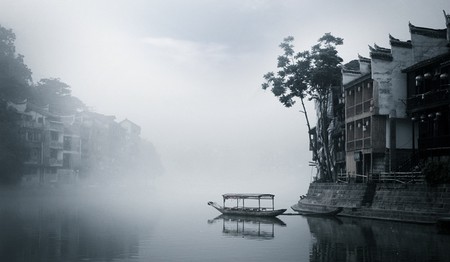 Think of China and you’ll most likely conjure up images of huge, sprawling cities. But the country is also home to several charming, small towns. We explore some of the most picturesque.

Natural Feature, Historical Landmark
Facebook
Email
Twitter
Pinterest
Copy link
Share
Map View
Often referred to as the ‘Venice of the East’, Zhouzhuang – located in between Shanghai and Suzhou in China’s Jiangsu province – is one of the country’s most beautiful water towns. Simply walking the town’s pretty streets and the charming stone bridges that cross its rivers and waterways is a pleasure in itself. But the 900-year-old town is also home to plenty of sights bound to please history buffs. These sights include Zhang Ting – a sprawling, Ming Dynasty era residence home to six courtyards and more than 70 rooms – and Quanfu Temple, a beautiful Buddhist temple nestled on the edges of Baixian Lake.
Open In Google Maps
Zhouzhuang, Kunshan Suzhou, Jiangsu, China
Give us feedback

Nestled at the foot of verdant mountains on the edges of the Tuojiang River, Fenghuang was hailed as the most beautiful town in China by New Zealand-born writer and political activist Rewi Alley. The ancient Hunan town is home to many Miao people whose customs and culture can be seen everywhere. There are traditional stilted wooden houses, or ‘diaojiaolou’, along the river and batik printed cloths sold in its stores alongside local culinary delicacies like spicy pickled red peppers and ginger candy. Meanwhile local historical sites of note include Huang Si Qiao Castle – built in 687 and China’s best preserved stone castle. It is located a few kilometers west of town. 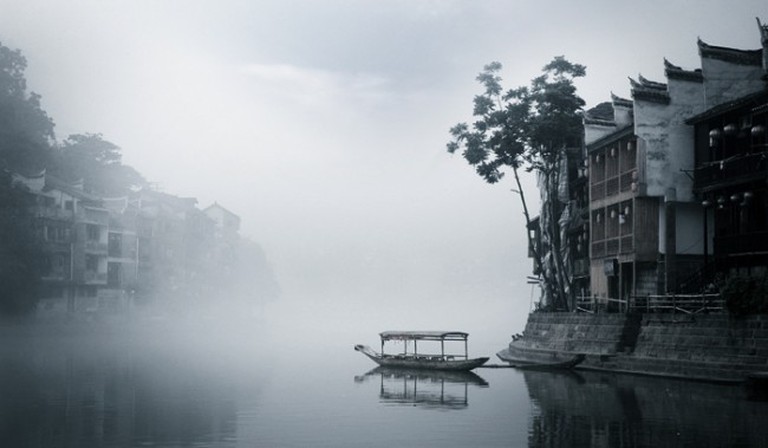 Over in western Yunnan not far from the Burmese border lies the small, remote town of Heshun, home to just 6,000 people. A former stop-off on the Southern Silk Road, also known as the Tea Horse Road, many of Heshun’s earlier residents took advantage of its location and travelled abroad. They built splendid houses mixing both Chinese and foreign architectural styles when they returned. This can still be seen in the town today. Walking its pretty cobblestone streets, visitors will come across local sights like Heshun Library, one of the country’s biggest rural libraries. There is also a memorial to Chinese philosopher Ai Siqi. 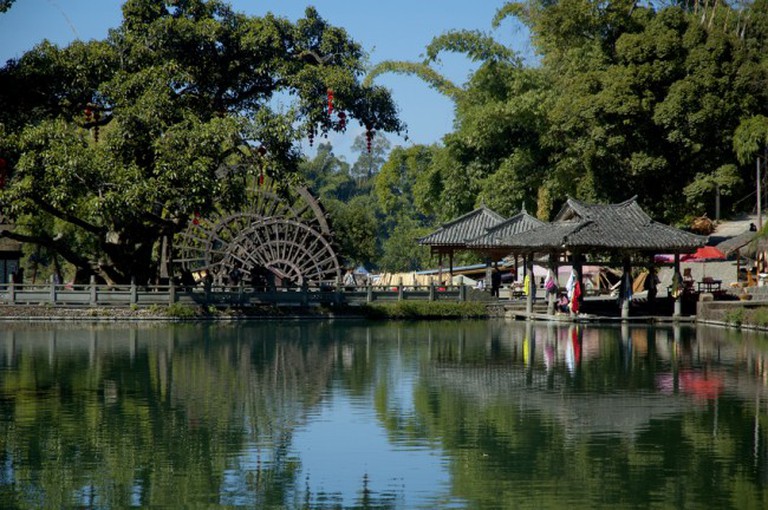 Quite far off the beaten track is Shiwei – a tiny frontier town in northeastern Inner Mongolia on the border with Russia. A cultural enclave for the country’s Chinese-Russian minority, the town’s mixing of cultures is evident everywhere. It can be seen from its architecture – beautiful Russian-style log houses known as ‘mukeleng’ – to its local food, which combines recipes Chinese shao kao barbecue and Russian lie ba bread. The town is surrounded by vast and verdant grassland. One of the best ways to explore it and the neighboring area is on horseback.

Famed for the dramatic karst mountains that surround it, Yangshuo is a vibrant, tourist-friendly town nestled on the banks of the Li River in southern China’s Guangxi Zhuang Autonomous Region. Though the town has seen a boom in visitors in recent years, Yangshuo has managed to retain its historic character. Its modern restaurants and stores are concentrated around West Street, the town’s main drag and its oldest dating back more than 1,400 years. Among them, visitors will find plenty of traditional architecture and charm. Indulge in some slow travel and catch a boat down the Li River from neighboring Guilin. It’s undoubtedly the most scenic way to arrive in Yangshuo. 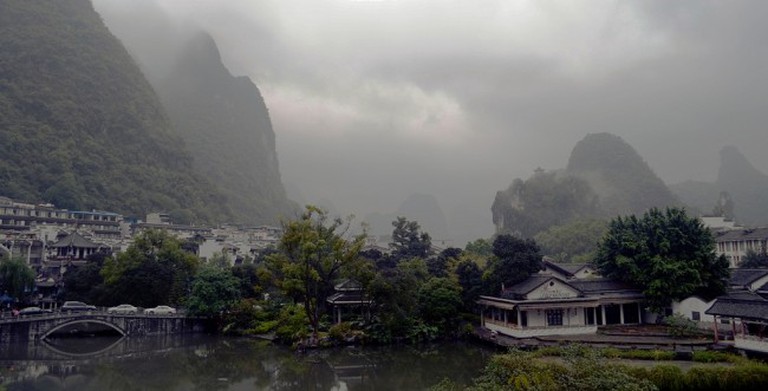 Another of Jiangsu’s picturesque water towns, Tongli is an idyllic little town just a short journey west of Zhouzhuang. Surrounded by five lakes and crisscrossed by canals, Tongli is made up of seven islands with a total of 49 bridges (of which the majority are a century or more old) linking the town together. Hire a gondola and see the pretty town from the water. But make sure to stop off at the Tuisi Yuan (Retreat and Reflection Garden) – part of the Classical Gardens of Suzhou. These were added to the UNESCO World Heritage List in 2000 and is a beautiful spot worth taking a detour for. 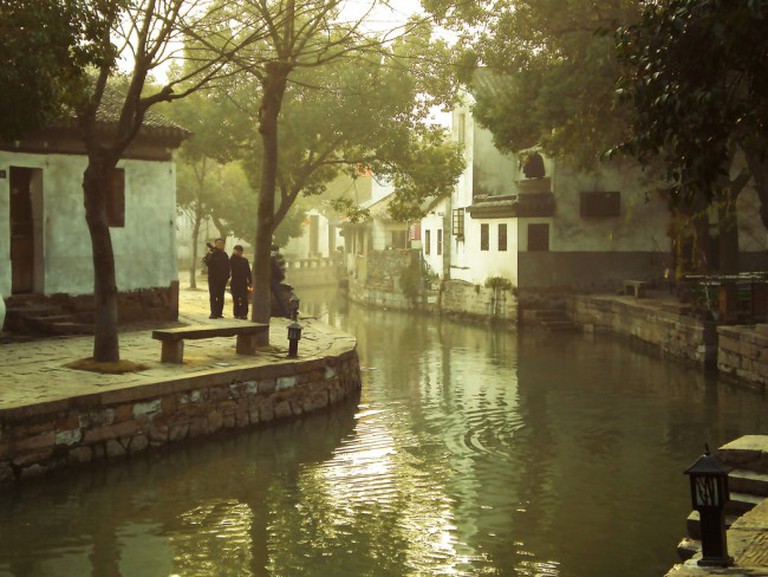 An oasis in the barren expanse of the Gobi Desert, is the small northwestern town of Dunhuang. Formerly one of the most important stopping points along the Silk Road, this place is a haven for history buffs. There are no less than 241 historic sites of note dotted in and around the town. Just outside the town, visitors will find the White Horse Pagoda. This was believed to have been constructed in 382 to commemorate the horse of Buddhist monk that carried Buddhist scriptures from Kucha to Dunhuang. Nearby is the Mogao Caves – a UNESCO World Heritage Site home to a treasure trove of Buddhist art. 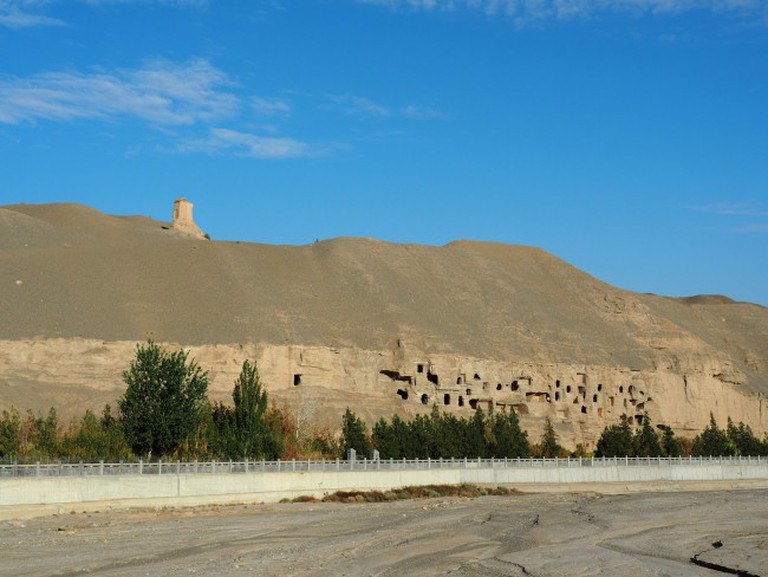 Natural Feature
Facebook
Email
Twitter
Pinterest
Copy link
Share
Map View
A small isle located a short boat ride from the city of Xiamen, Gulangyu Island gets its name from two Chinese words – ‘gu’ meaning drum and ‘lang’ meaning waves – and is so-called for the drum-like sounds the tide makes when it hits the reef that surrounds the island. A tranquil retreat from the busy nearby city, Gulangyu is listed by the China National Tourism Administration as an AAAAA Scenic Area. It was formerly an international settlement and is noted for its beautiful colonial, Victorian-style architecture. Home to China’s only Piano Museum, the town’s other must-see local sights include the beautiful Shuzhuang Garden. Meanwhile a trip up Sunlight Rock – the Gulangyu’s highest point – offers breathtaking views over the island and coastline.
Open In Google Maps
Siming District Xiamen, China
Give us feedback

Film buffs might recognize Hongcun, an ancient Anhui village nestled in the mist-shrouded foothills of Huangshan Mountain, from Ang Lee’s Crouching Tiger, Hidden Dragon. Home to some of China’s finest Ming and Qing Dynasty architecture, the village provided a befittingly historical and mystical setting for several scenes from the Oscar-winning film. Much of the village – which, alongside neighboring Xidi, was listed as a UNESCO World Heritage Site in 2000 – centers around its half-moon shaped pond. Local sights include Chengzi Hall, a grand residence built in 1855. This place has ornate wood and stone carving and now acts as a museum, which is open to visitors.

Dali is a beautiful old town nestled on the edges of Erhai Lake famed for its natural beauty and stunning locally mined marble. Grand city gates welcome visitors to the town and give way to cobbled streets home to a host of beautifully preserved traditional Bai folk houses. The Three Pagodas of Chongsheng Temple – dating back to the 9th and 10th centuries – are a sight to behold. Plenty of authentic handicrafts, from artwork made of local marble to embroidered Bai cloths, are available to purchase on the streets. Another Dali must-do is the three-course tea – a Bai tradition of greeting guests with courses of bitter, sweet and ‘aftertaste’ tea. 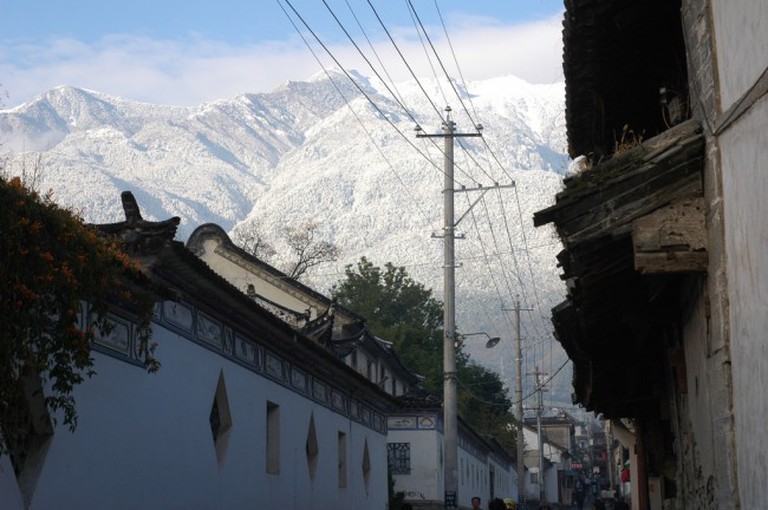