A Hong Kong-based architecture firm has managed to convince government officials to save a historic industrial building from demolition in a project that promotes the preservation of cultural heritage in the face of expeditious urbanisation.

China is the fastest growing country in the world, with many buildings being demolished to make way for brand-new megacities. However, there are architects who are quietly challenging authorities to rethink the way they go about urbanisation by preserving and promoting the country’s existing architectural heritage while also providing the government with the targeted growth it requires. 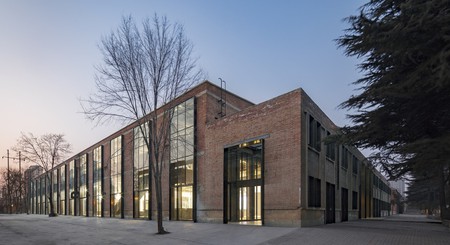 Superimpose is one of them, with its latest project ‘RE-VEIL’ being a successful transformation of a 1940s factory building in the Shanxi province of China. Like many other cities in China, Changzhi faces rapid suburbanisation, with promise of a new Central Business District. Rather than erase the current city’s entire fabric, Superimpose encouraged its client who purchased the land, and government officials, to safeguard the province’s industrial heritage by resurrecting its few remaining People’s Liberation War factory buildings. 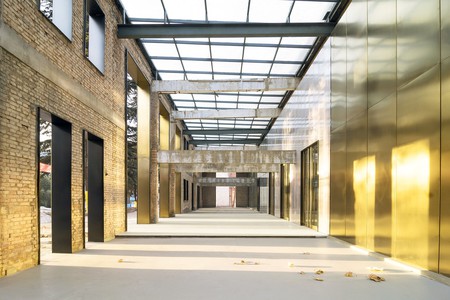 “With recent economic pressure the client and authorities planned a completely new urban development, ignoring the actual added value of the heritage,” says Superimpose. “Superimpose strongly believes city growth can be carried out in the form of preservation and regeneration.”

The firm referenced other successful projects to convince the government to retain rather than demolish the buildings, including the 798 Art Zone, a complex of ex-military factory buildings in Dashanzi, which has become a thriving community hub for artists, plus the 1933 Shanghai Slaughter House, a pre-communist concrete beauty that’s now the last of its kind in the East. 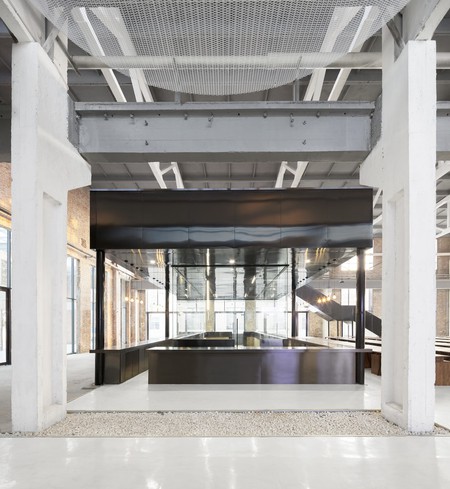 The land was acquired through auction back in 2011, and after many discussions, Superimpose proposed a new cultural hub, with the largest of the former factories becoming the ‘Changzhi City Expo’, a vast and impressive exhibition space that will also function as a space for government meetings, offices and an auditorium. 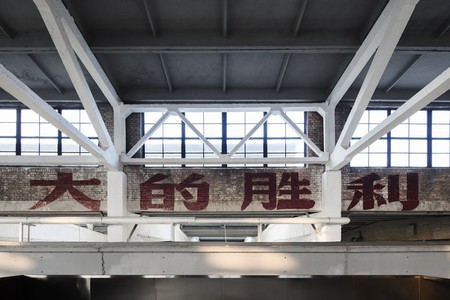 The practice wanted to celebrate the sheer volume of the cavernous industrial building, so the internal spaces have been left open as much as possible with the original structural elements deliberately exposed and celebrated. This includes wall-painted propaganda slogans, original brickwork and its rhythmic metal framework that runs throughout the building. On the outside, the only real intervention is huge black aluminium-framed windows with large pivot doors that can be opened up for outdoor events. 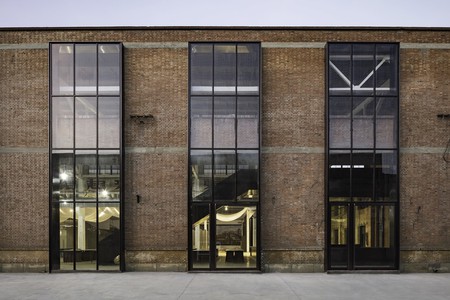 The original bearing machine has been restored and retained in the open lounge area on the ground floor of the exhibition space, while a separate mezzanine level has been installed into the double-height space of the former factory for meetings and administrative duties. A thin veil of white metal mesh is draped between the beams to diffuse the daylight flooding in from the roof lights above, giving the project its name ‘RE-VEIL’. 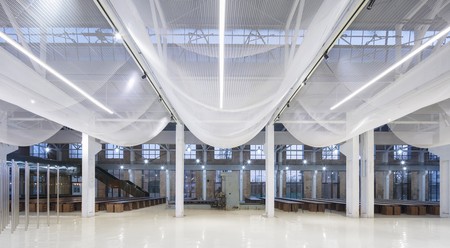 Superimpose’s RE-VEIL project has now set a benchmark for other similar cities in China, which are undergoing the same rapid regeneration. It’s not just urban areas that are struggling to protect their cultural identities – this year’s Chinese pavilion at the Venice Biennale also highlighted the issue of safeguarding rural traditions as more people are moving out of China’s overcrowded cities, putting substantial strain on its provincial villages. Read more about it here.