How Does China Celebrate Christmas? 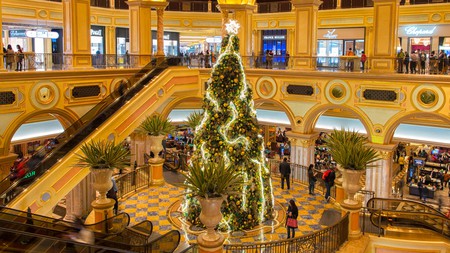 Unlike in Western countries, where Christmas is celebrated seriously by Christians to commemorate the birth of Jesus Christ, in China, a country where only an estimated 5% of its population are Christians, the festival is observed in a more commercial way. With an increasing number of Chinese people starting to celebrate Christmas in recent years, some China-only Christmas rituals were created as well.

Giving apples to the apples of your eye

Forget about roast turkey, mince pies or mulled wine, in China the official Christmas food is the apple, or more specifically, an apple wrapped in fancy packaging. It’s a myth how the trend started, but a lot of Chinese people believe that it’s a tradition to give apples to their loved ones on Christmas Eve. While Christmas Eve is widely known as ‘平安夜’ (Ping An Ye, Silent Night in English) in China, thanks to the German Christmas carol ‘Stille Nacht’, and apple in Chinese is ‘苹果 Ping Guo’, the Chinese took advantage of the homophony between two words and endowed the Christmas Eve apple with a good blessing. 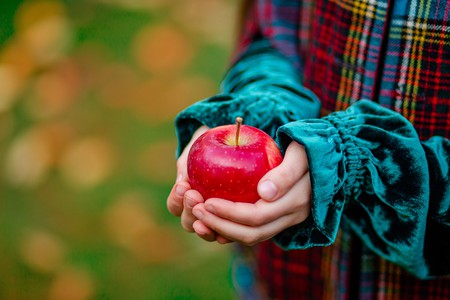 Christmas is another good excuse for shopping

Unlike in Western countries, where the streets are empty on Christmas Day, in China the streets are more packed than usual during Christmas, because that’s when the shops all give tempting discounts. Some restaurants offer special Christmas meals, too, but it’s more of a commercial gimmick instead of a tradition. It has become a China-special phenomenon that Western festivals are celebrated as shopping carnivals, be it Christmas, Valentine’s Day or Thanksgiving. 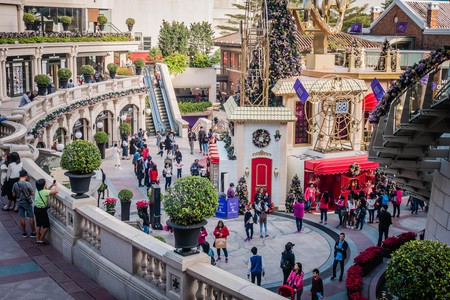 Richard Curtis’s 2003 romantic comedy that brings together UK’s most shining stars is deemed as a Christmas classic worldwide, including China. It’s favored especially by young people with a certain level of English literacy. They have watched the film multiple times, but still treasure it dearly on their computers so that they can continue watching it every Christmas. ‘It’s no Christmas without watching Love Actually’ is one of their life mottos. 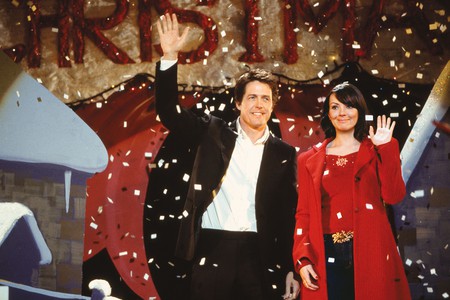 Going to churches just for fun

During Christmas, the Christian churches in China, both state-run and underground, hold Christmas carol services that are free to the public. Despite the fact that these churches are open to the public on ordinary days, the self-claimed atheists and non-believers only have interest in the church during Christmas. You will see long lines in front of the famous churches in the cities, though some are just waiting in vain because many churches do ticketing during Christmas. 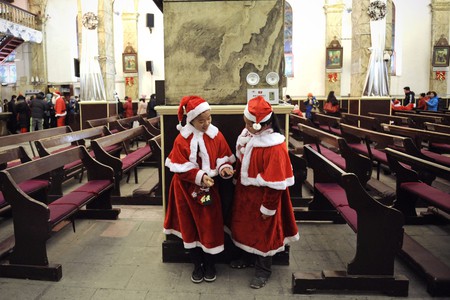 More Chinese are coming home after going to universities abroad, bringing back Western traditions, and with more expats settling down in China, Christmas is increasingly celebrated in similar ways to Western countries. Take this year’s Christmas parties in Beijing, for example, there are orthodox gatherings, as well as various theme parties like the Ugly Christmas Sweater Party, Christmas Market, and Christmas special movie screenings, where classics like Miracle on 34th Street will be shown. 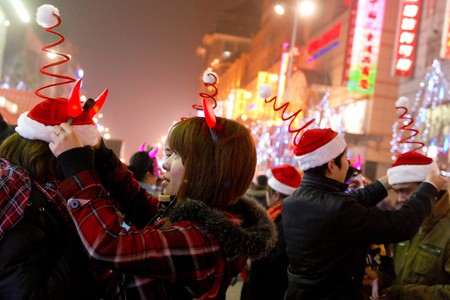