The History of the Xiao Long Bao 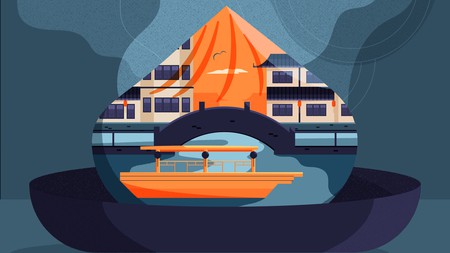 Narrowing down the origins of the xiao long bao brings many aspects of China into play, from teahouse owners to ancient emperors. Over the centuries Shanghai’s vendors have honed their craft, packing perfection into a soup-filled steamed bun.

The comforting smell of xiao long bao lingers in the Shanghai evening air. Street lamps spotlight families giddily conversing around low-set tables. Groups cluster around the busy vendor shrouded in steam and flame, eager for a serving of this Shanghai speciality. Street-side snacks like xiao long bao help to preserve a precious sense of community in China’s biggest city. They are so revered that they have a place on all kinds of menus, from back alleys to Michelin-star restaurants.

In 2006 the Shanghai government listed them as a protected national treasure. Their cultural impact in China is enormous – so enormous that they’ve transcended borders and affected global cuisine. The khinkali, for example, a Georgian snack that resembles an oversized xiao long bao, is said to have originated when the Mongols brought dumplings with them in the 13th century via the Silk Road from China. Today you’ll find a steaming basket of these beauties all around the world, lovingly prepared by members of China’s global diaspora.

Where do xiao long bao come from?

Xiao long bao are thought to have originated in late 19th-century Shanghai, at a time when the steamed-bun market was becoming increasingly competitive. Restaurant owner Huang Mingxian invented these ‘little basket buns’ in an attempt to stand out. He started serving them at his Ri Hua Xuan restaurant in Shanghai’s Nanxiang area (about an hour’s metro ride from the city today).

What made xiao long bao different from other steamed dumplings was the addition of aspic, a jellified meat stock, which melted into a deeply flavoured broth once the buns were steamed. Making aspic in the 19th century was time consuming: after boiling animal bones and leaving the broth to simmer for several hours, it was then left to cool and set to gelatin.

Mingxian originally named the buns nanxiang da rou mantou (literally ‘large meat-filled bun from Nanxiang’), but unsurprisingly, the name didn’t catch on. What did, however, was the taste. The buns were an instant hit and their popularity spread by word of mouth, with patrons forming queues that spilled out of the door. Over time, the name evolved to the much simpler moniker xiao (‘small’) long (‘basket’) bao (‘bun’). 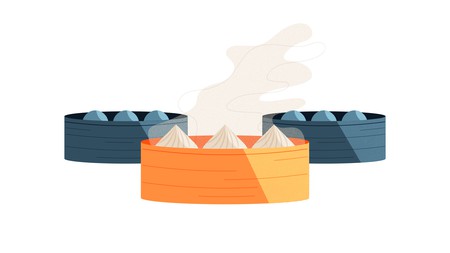 Where does the name come from?

There is, according to historical legend, a more mythical explanation of the origins of the name. During the 18th century, Emperor Qianlong tried these local specialities when he visited Wuxi, a city near Shanghai. As he travelled along the river by royal boat, he gained the nickname youlong, or ‘swimming dragon’. It is because of this that some argue xiao long bao was named after him. The word long means ‘dragon’ as well as ‘basket’ (Mandarin is a tonal language, in which the same words have different meanings depending on how they’re pronounced). Whether or not this is historically accurate is another matter, but the tale has served to elevate the xiao long bao as a motif in Chinese culture.

How the world fell in love with xiao long bao

In 1958, the first Din Tai Fung restaurant in Taipei – a cooking oil retail business-turned-steamed dumpling restaurant – hired a chef from eastern China who knew how to make delicious xiao long bao without following a recipe. He went on to train apprentices to master the dumpling. According to the restaurant, this was a baptism of fire: apprentices spent weeks observing how they were made before being separated into groups and perfecting all the details under tight time frames. Over time, the restaurant cultivated a generation of xiao long bao experts.

The restaurant originally opened as a ground-floor establishment, with the owner’s family living on the first floor and the other two rented out to students. But as the restaurant grew in popularity, they eventually had to expand to all four floors. The family moved to a bigger building nearby to accommodate the increasing number of patrons coming to their buzzing business.

Din Tai Fung went on to become a worldwide chain with trendy, upmarket branches in major international cities such as Los Angeles, Singapore and London. 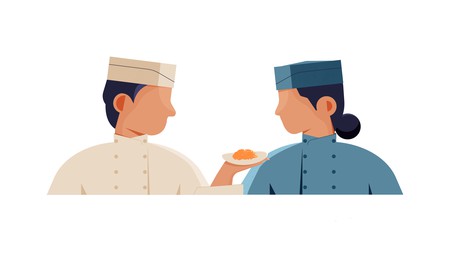 What ingredients are in xiao long bao?

While pork is usually the standard filling, there are plenty of creative variations to try. Seafood options like prawn and crab are popular in Shanghai, given the city’s proximity to the coast.

To make the dumplings, gelatin cubes or aspic are added between the tiny balls of filling and thin sheets of dough. The sheet is then folded into 18 pleats, with the excess twisted at the top to create its trademark topknot. The buns are then steamed and served in zhēnglóng, or wicker steamer baskets, much like other dim sum dishes. The heat inside the basket melts the aspic into a delicious, steaming broth, creating a parcel of soup that has scalded the giddy mouths of xiao long bao novices for centuries.

How to eat xiao long bao

Using chopsticks, place one xiao long bao on a flat spoon – the idea is that you bite into the topknot first to open the bun and let a little steam out. Then you can either slurp the soup that’s exploded out, or add a topping such as soy sauce, vinegar or ginger while waiting for it to cool. Then lift the spoon towards your mouth and eat the bun in one bite, allowing the tender juices to ripple across your tongue. It only gets messy if you try to eat it in two bites. And be careful – the soup is hot! 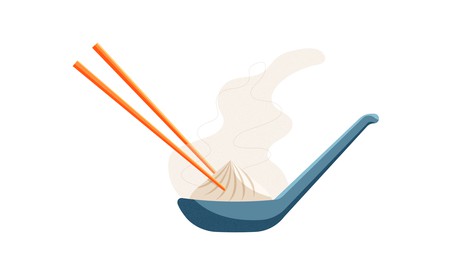 This cheap and cheerful hole in the wall is a Shanghai institution. Arrive early to dodge the queues and snag tasty xiao long bao fillings such as juicy crab roe and rich pork meatballs. All servings are made to order.

This is the Shanghai branch of the original restaurant that made xiao long bao famous. Enjoy legendary, Michelin-star steamed baskets in Nanjing West Road and in Puxi in downtown Shanghai.

This is a buzzing local favourite, where the English translations are questionable. It is best to visit with someone who knows how to order and will be able to get you their wonderful crab roe or shrimp xiao long bao. If you’re feeling lucky, point at random towards the huge blackboard behind the counter.

Take a day trip to Shanghai’s Nanxiang suburb, where xiao long bao is said to have originated. This sprawling restaurant produces thousands of delightful dumplings every day, including classic pork and a winning pork-and-crab combo. Munch on your steaming basket with views of the picturesque Guyi Garden.

This is an updated version of a story created by Rachel Deason.