A Brief History of Tianjin's Most Historic Hotel, The Astor 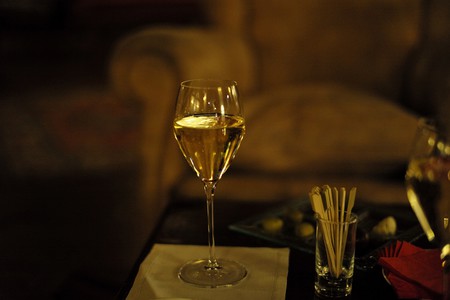 This hotel deserves your attention: it’s the first international hotel in modern Chinese history. Listed as one of the seven hotels that literally changed China, The Astor Hotel of Tianjin has been the city’s premiere luxury accommodation choice for more than 150 years. Located in the former British concessional district, it exudes a Victorian era atmosphere and boasts some of the city’s most expensive accommodation. Even if booking a posh room at this hotel is not within your plans (or budget), you can still take advantage of its Hotel Museum, or drop in for afternoon tea in the atrium. Here’s our guide to the rich history of Tianjin‘s hospitality behemoth.

John Innocent was a British Methodist missionary who was among the early colonists of the British concession, itself the first foreign concession in Tianjin, formed in 1860. Determined to usher in more westernized architecture to Tianjin, he several few blueprints and got rejected on each occasion, before finally landing a deal to construct The Astor in the summer of 1863.

Revisiting a favorite. The Astor Hotel, Tianjin, China ✨ @theluxurycollection. #ChampalimaudProject down to even the architecture. What an amazing project this was to work on. So in love with these lights.

A post shared by Alexandra Champalimaud (@alexandrachampalimaud) on Apr 30, 2017 at 2:22pm PDT

How the hotel got its name

Befitting both British missionary values and Chinese Confucian values, ‘The Astor’ was deemed the Chinese translation of ‘Li Shun De’ – Chinese characters which translate to ‘the power of reason and understanding’, and which were seen to symbolize the harmony of Western and Chinese relations in the newly-established treaty to allow foreign concessions in Tianjin.

The Astor was the epicenter of all of Tianjin’s diplomatic activity between its very first day of operations up until the late 1800s. It even gained distinction as one of China’s first residences for diplomats – the American consulate was launched from the hotel and did not leave until 1929. Several former American presidents were guests of the Astor, including Ulysses S. Grant, the successor of Abraham Lincoln, and also Herbert Hoover who was a regular during his trade mission to China. Of course, the British consulate held most of their affairs inside the hotel as well. Two major international treaties were also proclaimed at The Astor in 1863: the Sino-Denmark Treaty and the Sino-Netherlands Treaty.

As the number of foreign nations with concessions in Tianjin grew, so did the need for more rooms and space at The Astor. Originally just a ground floor building, the hotel was renovated with new extensions, including two more floors, making the hotel a three-storey structure. By 1924 the hotel had expanded with an adjoining building, and featured one of America’s first elevators, the American Otis. Eventually, The Astor would peak into an eight-storey structure with 152 rooms, and remains as such today.

Henry Pu Yi, ruler of the Qing Dynasty from 1908-1912, was deposed from Beijing and exiled to Tianjin to live out his final years after he was expelled from the Forbidden City in 1924. He had an affinity for The Astor, where he was known to dance the nightly tango. As China fell into civil war and Japanese invasion, he was again lifted into power but only as a puppet leader by the Japanese. His final years were spent entertaining by hosting an annual Autumn Ball at The Astor before being tried for treason by the Chinese. The ballroom where he danced still remains today as one of the hotel’s prime attractions.

Revamped in 2010 by the Starwood Hotels & Resorts Group, The Astor claims its place as one of China’s most prestigious, historic hotels with original memorabilia, antiques, decor, and furnishings carefully preserved to maintain its Old World prestige. If you want to splash out, rooms range from ¥ 670-6,000 per night, starting with the Heritage Rooms, and are subject to a 15% service charge (just so you know).

After more than 150 years of urban myths and romanticization, the hotel is widely hailed as a signature landmark of Tianjin’s past and present status as a longstanding cosmopolitan city of China.