Macau Tower | © Toby Oxborrow / Flickr
At only 11 square miles, Macau might be small, but it’s certainly not lacking in things to do. Here’s our pick of the top 20 attractions which cover beaches to bungee jumps and everything in between. If you thought Macau was just a place for casinos and gambling, think again!

The House of Dancing Water

Entertainment doesn’t come much better than The House of Dancing Water. It’s the world’s largest water show and is housed in its own 2,000-seat, custom-built theatre and the attraction itself cost US$250 million to create. Produced by renowned theatre director Franco Dragone, the show is 90 minutes of mind-blowing action, featuring some of world’s greatest gymnasts, circus artists, dancers, divers and motorcyclists. The stage transforms from a huge pool to a dry stage within seconds – the sheer technical brilliance of it will leave you in awe. 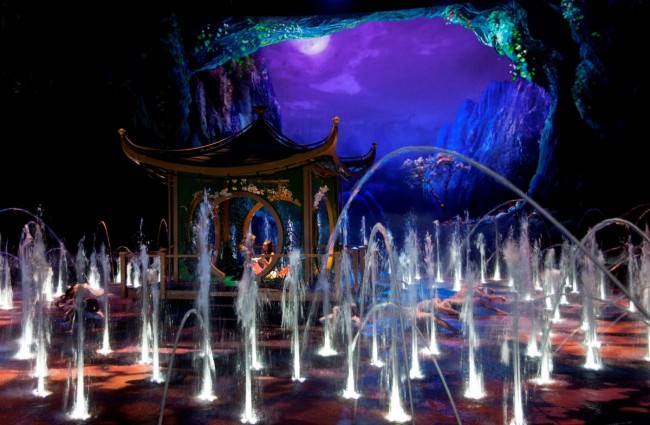 The House of Dancing Water | Courtesy of Dragone Entertainment

This US$3.2 billion cinematically-themed leisure resort offers several entertainment options like Golden Reel, the world’s first and highest figure-eight ferris wheel, and The House of Magic, a theatre show where you can witness some of the world’s greatest magicians work their craft. The newest attraction is Batman Dark Flight, a 4D flight simulation ride – the first of its kind in the world. 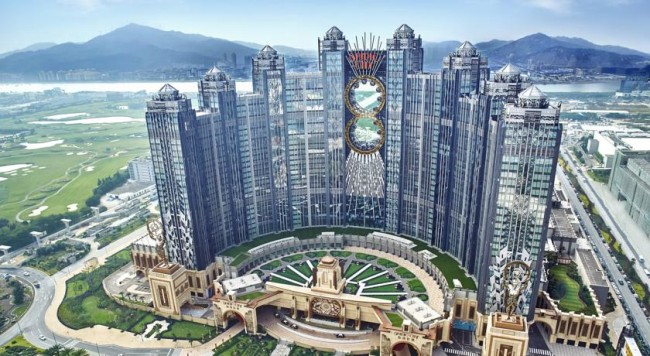 Macau Tower holds the Guinness World Record for housing the highest commercial bungee jump in the world – at 233m (764 ft.), it’s not for the faint-hearted. Offering panoramic views of the city, the tower is also home to The 360°Café, Macau’s highest revolving restaurant.

As the oldest Chinese temple in the city, A-Ma Temple is believed to be the place where Macau’s name was derived from. The variety of pavilions dedicated to the worship of different deities in a single complex makes the temple an exemplary representation of Chinese culture inspired by Confucianism.

A great representation of Macau’s East meets West character, Taipa village is home to Portuguese and Mediterranean influences alongside Chinese architectural features, offering a detailed example of the region’s rich cultural heritage and historic beauty. Here you will find museums and colonial churches juxtaposed against Chinese temples in what is a welcome alternative to the casino area. 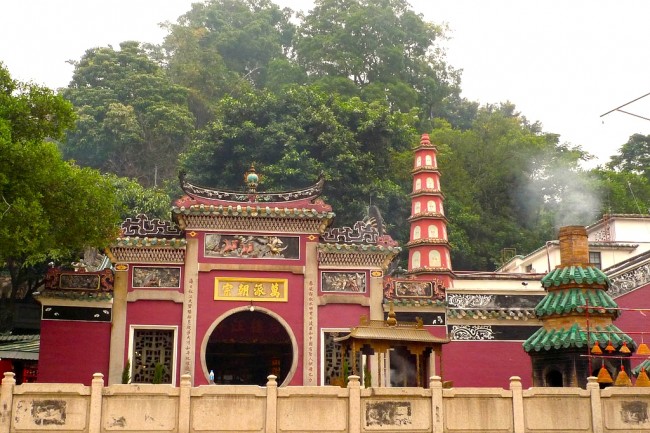 Museum, Aquarium, Building
Macau’s harbour was one of the main trading posts in the region and forms an integral part of the city’s history. This museum, shaped like a ship, is located at Barra Pagoda, the place where the Portuguese first landed. The highlights here are the interactive displays detailing the maritime histories of Portugal and China, its gallery of aquariums and the mock-ups of boats – including the long, narrow dragon boats used during the Dragon Boat Festival.
More Info
Open In Google Maps
View menu
Visit website
Visit Facebook page
Send an Email
Give us feedback 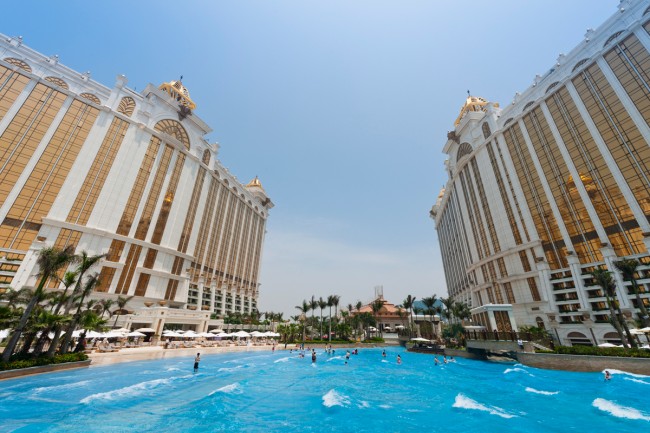 The Museum of Macau is the biggest museum in they city, located just across from the ruins of St Paul’s. The exhibition building is a three-floor structure, covering a total area of 2,800m² (30,128 ft.²), and features more than 3,000 exhibits and historical relics. The museum covers a broad scope of the region’s history, encompassing both Chinese and Portuguese perspectives.

Arguably Macau’s most famous landmark, the Ruins of St. Paul’s is an astounding stone façade. The complex of St. Paul’s College and the Cathedral of St. Paul were originally constructed in the 16th century, but burned down in 1835 leaving only one surviving wall. The Museum of Sacred Art and Crypt was built at the base of the ruins in 1996 and houses many religious artefacts. 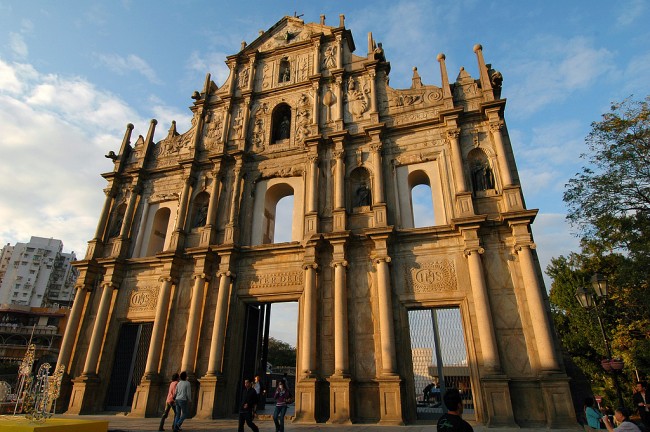 Macau’s famous town square is best visited during the daytime when you can truly appreciate the beauty of the place. A stunning symbol of Macau’s East meets West heritage, the square is surrounded by pastel coloured neo-classical buildings and has Portuguese-style mosaic tiled floors. It’s the perfect spot to sit, rest, relax and take photographs as you watch the world go by.

The Giant Panda pavilion offers a rare chance to catch a glimpse of two giant pandas, Kai Kai and Xin Xin. Last year giant panda Xin Xin gave birth to a set of adorable twins named Dabao and Xiaobao, giving you double the reason to visit. The pavilion is a 3,000m² (32,291 ft.²) state-of-the-art facility that comprises indoor activity quarters and an outdoor yard, as well as buildings where the pandas are fed and cared for. 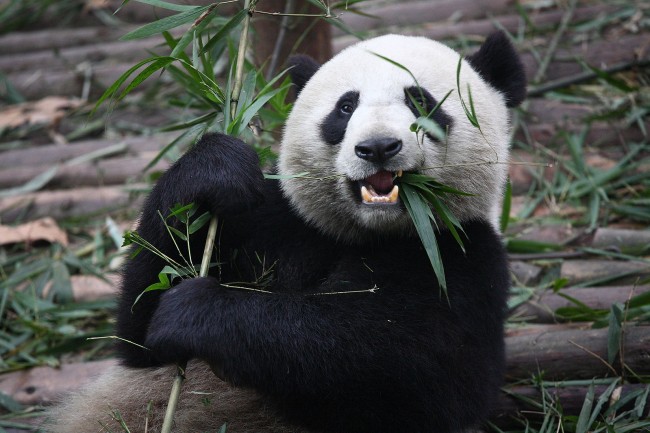 Flora Garden is Macau’s largest public park. This European style garden features a stone pathway that winds upward, past small waterfalls and belvederes, to the top of Guia Hill, the highest point in Macau. Alternatively, you can ride the cable car to the top of the hill and enjoy the panoramic views of the city below.

Hac Sa Beach, which translates as ‘Black Sand Bay’, is Macau’s largest natural beach. Located in the area of Coloane, the beach’s standout feature was its coal black sand. However, in recent years, white sand has been added to the shores. Despite losing its original touch, it’s still a great beach to visit. 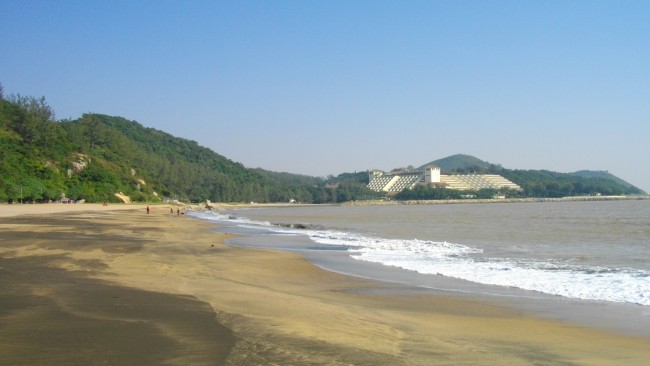 The largest leisure and themed entertainment complex in Macau Peninsula, Fisherman’s Wharf features a variety of hotels, casinos and typical marina attractions alongside a parade of restaurants and shops. It’s located within five minutes of the Macau Ferry Terminal.

The Broadway Food Street is a collection of over 40 local or ‘first-to-Macau’ popular Asian food brand stalls and Michelin-rated restaurants. You’ll also be entertained by festive street performances at the market, and will likely be able to find unique Macanese souvenir shops.

As casinos go in Macau, none are more famous than the Venentian Macao. Said to be one of the 10 largest buildings in the world, The Venetian features 3,000 hotel suites, countless restaurants and shops and has a gaming floor measuring in at over 46, 451 m² (500,000 ft.²). 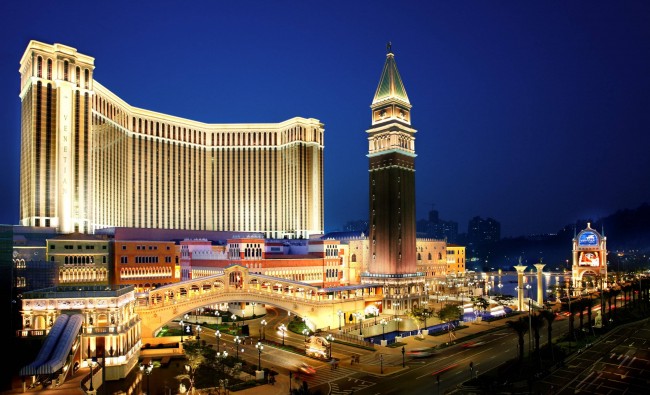 Bakery, Deli, Portuguese
Macau has its own delicacy – the Macau Portuguese Egg Tart. Its reputation for being the most delicious variation around brings visitors from far and wide to try them out. With their flaky pastry crusts, delicious egg custard centres and crispy crème brulee tops, they taste twice as nice when served warm. A must-eat snack in Macau!
More Info
Open In Google Maps
View menu
Visit website
Visit Facebook page
Send an Email
Give us feedback

A unique wine lounge which exclusively serves Portuguese wines, head to Macau Soul for a relaxing evening chatting with friends over a bottle of wine or two, in a cosy and relaxing setting. They offer over 600 labels, so it’s a great place to discover why Portuguese wines are now beating French and Italian brands when it comes to earning top awards.