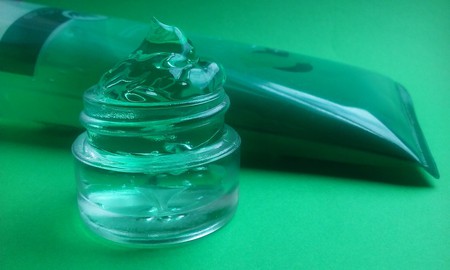 South Africa has a rich heritage of traditional herbal remedies and the country is blessed with an abundance of indigenous plants known for their healing properties. A large portion of the country falls into the Cape Floral Kingdom, containing approximately 4% of all the world’s plant species. Of these plants, 70% are endemic, meaning that they don’t occur naturally anywhere else in the world. With nearly 9,000 plant species found naturally in this area, it’s no surprise that many of South Africa’s traditional remedies are based on the curative properties of plants.

The indigenous and extremely versatile aloe ferox is prolific, especially in the eastern parts of the country, and extracts from various parts of the plant are used for everything from laxatives to treatments for eczema, arthritis, conjunctivitis, stress, and hypertension. It is particularly renowned for its anti-inflammatory properties and is a popular treatment for sunburn. It is also known as bitter aloe, and many South African-based cosmetic ranges include aloe ferox as a main ingredient, using the gel-like flesh from the insides of the leaves in their products. 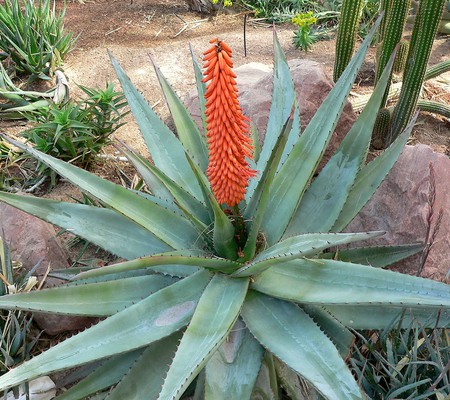 Closely related to aloe ferox, the aloe vera plant is lauded for its antioxidant and antibacterial properties, with the gel found in its leaves belonging to a family of substances known as polyphenols. These, along with other plant compounds, are believed to inhibit the growth of certain bacteria that can cause infection in humans, and the gel has long been used as a treatment for sores and burns.

Aloe vera is an approved over-the-counter medication and studies suggest that it is an effective topical treatment for first- and second-degree burns. It is also used as a mouth rinse to reduce dental plaque and accelerate the healing of mouth ulcers. 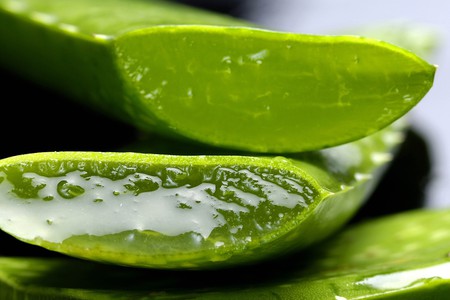 The Afrikaans word rooibos means ‘red bush’ and refers to an indigenous shrub that grows only in the Cedarberg Mountains of the Western Cape. Mostly drunk as a tea, the aromatic leaves contain many minerals, including magnesium, zinc, and iron, and rooibos is said to have 50 times more antioxidants than green tea. These antioxidants are known to thwart free radicals in the body that can damage cells and cause cancer. Rooibos is also rich in Vitamin C and low in tannins, and is believed to ease digestive problems. It is caffeine-free, so won’t cause insomnia, and in South Africa it is sometimes given to colicky babies. Mineral-rich rooibos is also believed to lower blood pressure and support the development of healthy teeth and bones. 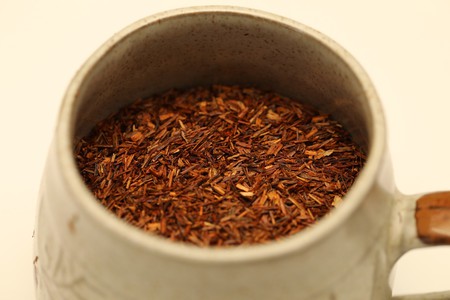 Known locally as inkomfe, the African potato became somewhat infamous a few years ago when the then South African Minister of Health declared it beneficial in the cure for HIV/AIDS. Although scientific studies have subsequently shown that there is little evidence to support this claim, the African potato is nevertheless reputed to be an immune booster and is customarily used as a treatment for urinary tract infections, prostate hypertrophy, and testicular tumours.

Traditional healers sometimes prescribe it as a tonic and mood enhancer, while Zulu healers prescribe the plant for blood-sugar problems, diabetes, infections, and skin conditions such as psoriasis. The plant stem, which is actually nothing like a potato at all, can be ground into a raw powder and drunk as a tea.

The sour-fig plant is widespread across South Africa’s coastal regions, where it grows naturally on sand dunes, forming a dense mat to keep the sand in place. Besides being ecologically important to the country’s beaches, the fleshy ground plant with bright-purple flowers is also popular for its fruit, which is commonly used to make jam.

Many coastal South African farm stalls sell the jam (also referred to as hotnotsvy, suurvy, perdevy and ghaukum) that can be eaten on its own or used in dishes such as curry. The astringent juice of the leaves is considered to have antiseptic properties and used to treat cuts, eczema, insect bites, ringworm, and sunburn. Taken with water, some believe it to be effective in treating diarrhea and sore throats. 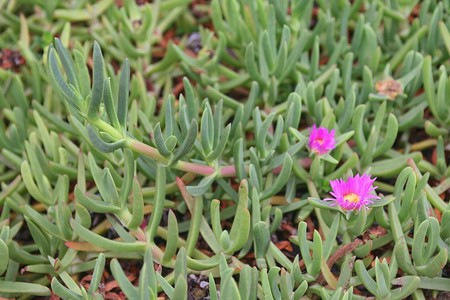 Botanically labelled Sutherlandia frutescens, the cancer bush is often regarded as one of South Africa’s most valuable medicinal plants and was first used by the indigenous Khoi and San tribes. Infusions of its leaves and stems have been used for centuries to cure a whole host of ailments including poor appetite, dysentery, diabetes, kidney and liver failure, heart disease, and anxiety.

Several highly active compounds, including canavine, pinitol and the amino acid GABA, occur in high quantities in Sutherlandia, suggesting that there is indeed a scientific basis for the use of the plant in the treatment of chronic illnesses. Despite its common name, Sutherlandia is not recommended as a universal cancer cure, but rather as a quality-of-life tonic and an immune stimulant. 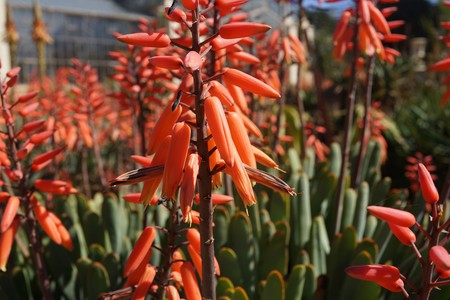 Wild dagga is a fragrant and mildly narcotic plant with numerous traditional uses. It is smoked for the relief of epilepsy, and applied externally for various skin complaints and muscular pain. It is also often used to treat chest ailments such as bronchitis, flu, and coughs. Most commonly in South Africa, the leaves of the wild dagga plant are brewed into a tea for a zen-like experience, or rolled into cigarettes as a herbal alternative to smoking. 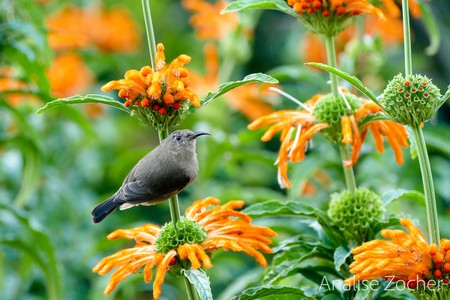 Sometimes referred to as South Africa’s ‘miracle herb’, buchu has a long history as a medicinal plant in the Cape region and was used by the indigenous Khoisan, who believed it to be an elixir of youth. They used buchu for both cosmetic and antibiotic applications and these practices were later adopted by the migrant Dutch, who also used the buchu leaves for treating stomach ailments and kidney and urinary tract diseases.

In South Africa today, buchu products are sold for their potent natural anti-inflammatory properties and the plant has also been shown to have anti-infective, anti-fungal, and antibacterial properties, enabling it to act as a natural antibiotic with no side effects. Buchu contains naturally occurring antioxidants and bioflavonoids such as quercetin, rutin, hesperidin, diosimin, diosphenol, and vitamins A, B, and E and is most commonly consumed as a tea. 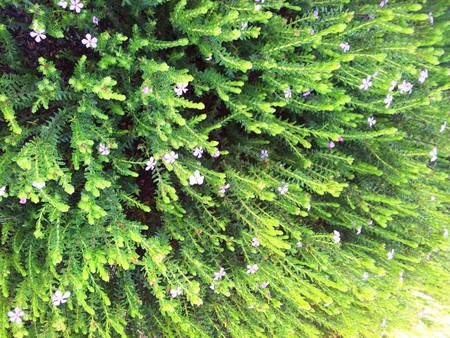