7 Fascinating Myths and Legends From Namibia 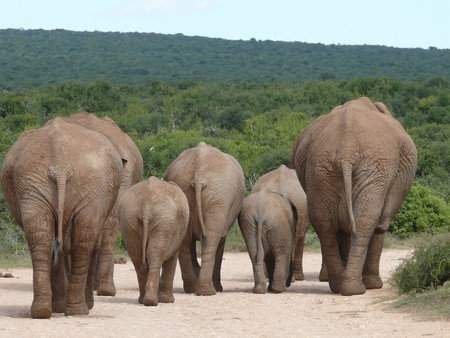 Myths and legends left behind by ancient Namibians have been kept alive through an oral tradition passed down from generation to generation. Representing the tribes’ beliefs regarding religion, the origins of life, or simply tales of pre-historic animals, these stories help us shed light on the country and culture we know today. Here are just a few to get you started.

Fairy circles in the desert

Among the many natural wonders of the Namibian desert are its fairy circles: hundreds of circular patches scattered across barren land. Many urban myths have emerged as to the origin of these unique circles, with some claiming that they are footprints of God. According to one oral myth of the Himba, the circles were left by gods, while another has it that an ancient dragon living beneath the earth’s crust burns the vegetation on the surface of the earth by breathing fire onto it. 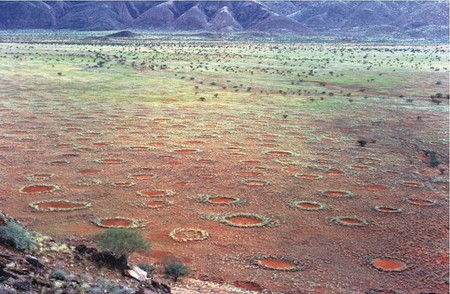 Haiseb or ‘Haitsi Aibeb’ is said to have saved the world from a monster which had caught many travellers in its pit. According to oral tradition, the demon sat beside his pit and mocked anyone who passed by. He challenged these passersby to throw a stone at him, and most of the time they did, even though the stones would bounce off him. He would then use this opportunity to catch the passersby off guard and throw them into his pit. Haiseb eventually overpowered the demon, saving the world in the process.

Haiseb is also highly revered because the moon and the stars are said to have risen from his breast. He saved the animal world by removing lions nesting in trees and fish from the desert. The grave of Haiseb is said to be in different locations; either along walkways or near waterholes. These graves are called “Haitsi Aibeb” (“the grave of Haiseb, a deity”) . Travellers have since then always placed stones and other offerings on the graves. Anyone visiting these graves is expected to show respect and upon leaving, should never turn back.

The Herero legend about the origin of men says that Makuru, and his wife Kamungarunga descended from the roots of a sacred tree known as the Omumborombonga. The scientific name of this tree is Combretum imberbe but it’s also commonly known as leadwood, literally meaning ‘the tree of lead’ because of its inability to float on water. The Herero also believe that their prized cattle descend from the leadwood tree, while other animals and tribes descend from common flowers and have crawled out of the earth. The Omumborombonga is revered as the ‘father of life’ and when the Herero come across these trees they show respect to it by throwing twigs at its roots. 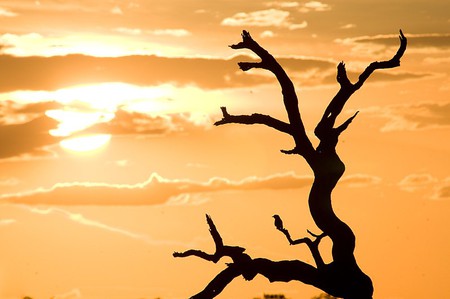 The Khwe and the elephant

The Kwhe people from the Zambezi region of northeastern Namibia believed that elephants were originally human and so their myths depict elephants as strong and wise chieftains and police officers. In one story, the elephant gets its nose stretched out after beating a hippo in a game of tug-of-war. In another story, the elephant gets its nose stretched after a fight with a crocodile. The second story serves as a warning to people about an elephant’s temper. 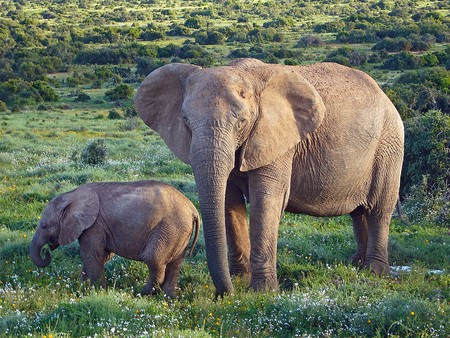 The Mantis and the San

Mantis was the giver of life and the original giver of fire. The San do not regard the mantis as a god, but rather as a higher form of a human who represents the San’s idea of the ideal person. They represented him well in their ancient rock art which can still be seen across rocky and mountainous regions in Namibia. Mantis is said to have brought the San fire by snatching it from beneath an ostrich’s wings. The ostrich kept fire under his wings to prepare his food which tasted so much better than everyone else’s. The mantis, used to eating his food raw, tricked the ostrich and snatched the fire for himself. It is said that this humiliating loss is the reason why ostriches cannot fly, choosing opting to keep their wings pressed tight to preserve the little fire they have left.

The legend of the upside-down tree

Legend has it that the baobab tree, ‘upside-down tree’, or ‘ghost’ tree got to look this way because of neglect and a lack of appreciation. The baobab is said to have constantly compared how it looked to other trees and deemed its peers more attractive. After getting fed up with all its complaints and questions as to why other trees where better looking, God picked the baobab up and replanted it upside-down, leaving it unable to ever see its reflection in the nearby lake and complain again. 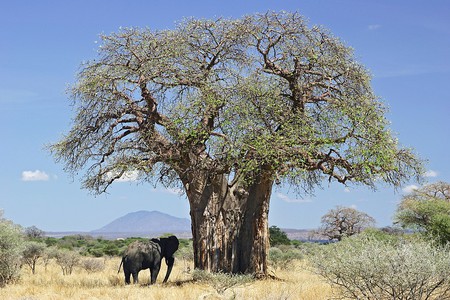 Namibia’s Fish River Canyon may be one of the top visited tourist attractions, but many who visit are unaware of the legend of how it came into being. According to the San people, a serpent named Kouteign Kooru looked for refuge within the massive territory of the canyon while escaping would-be captors. Kooru was so enormous that he was larger that a hippo. Chased by hunters, he fled into the desert and began to burrow. This was how the canyon was formed. 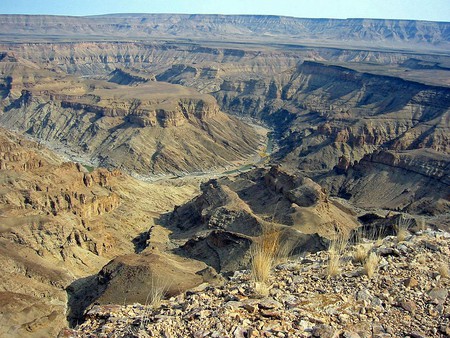