The Most Noteworthy Day Trips to Take From Accra 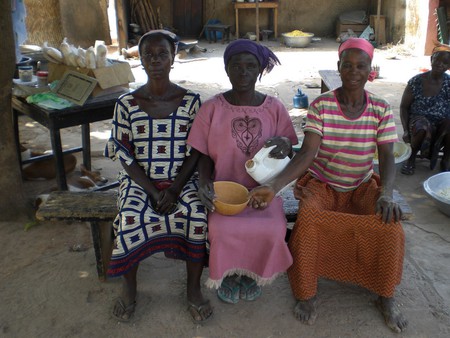 For breathtaking trips to discover Ghana‘s local heritage just outside Accra, be it the captivating wildlife or culture and history that will fulfill your adventurous tastes through the sunny equatorial climate, here are some ideas for exceptional day trips.

There are nine main museums in the country, including The National Museum, Accra (1957), The Museum of Science and Technology (MST), Accra (1963), The Volta Regional Museum, Ho (1973), The Cape Coast Castle Museum, (1974), The Upper East Regional Museum, Bolgatanga (1991), The St. George’s Castle—Elmina Castle Museum (1997), The Ussher Fort Museum (2007), The Fort Apollonia Museum of Nzema Culture and History (2010), and Fort San Antonio Museum, Axim (2012). Other smaller museums include the W.E.B. Du Bois Centre Museum and the Kwame Nkrumah Memorial Park Museum in Accra. There are also a few private museums such as the Police Museum in Accra, The Military Museum in Kumasi, Prempeh ll Jubilee Museum in Kumasi, and the Manhyia Palace Museum in Kumasi. 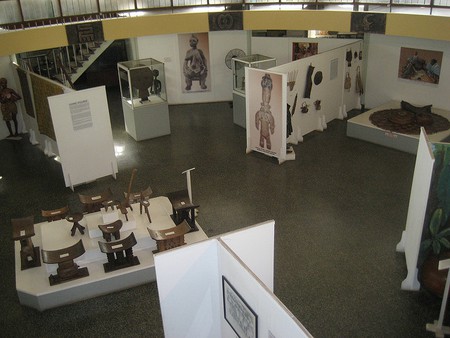 Those who are only staying for a short time may want to see the museums in Accra; those with more time can travel for a day or more to see the ones outside Accra. The castle and fort museums offer guided tours of some of the architecture and exhibitions explaining the procedures involved in the slave trade. The Museum of Science and Technology presents its visitors the chance to browse through Ghana’s scientific, technological, and artistic developments. There are also restaurant facilities and gift shops available at the museums. The maximum number of persons in group tours is 70 at a time.

There are a number of castles and forts on the coastline of Ghana which enunciate the historic past of subjugated Gold Coast, Africa, and its diaspora. The Portuguese, French, Brits, Danes, Dutch, Swedes, etc were involved in several decades of trade with the local people via their institutional models built on African soil as points of gold and ivory storage and export as well as for keeping slaves. The main castles in Ghana include Cape Coast Castle and Elmina Castle. Others include Fort Amsterdam, Fort Apollonia, Fort Batenstein (near Butre in the Western Region), and Christianborg Castle in Osu which used to serve as government residence during various periods in the 19th and 20th centuries. Ghana’s castles and forts have been earmarked by World Heritage Convention of UNESCO as World Heritage Monuments.

Other easily-accessible sites of significance are the former slave markets and slave cemeteries like Salaga Slave Market and Wells, Assin Manso Slave Market, Paga Slave Camp, the Slave Market in Saakpuli (next to Sakpele), and the Slave Market of Abonse in the Eastern Region. These were major stops on the slave route in the 17th and 18th centuries.

With 16 national parks and conservation areas, you’ll come across undomesticated animal species, plants, and fungi in their ecosystems. The most popular tourist destinations include the spacious Mole National Park in the Savannah North and Kakum National Park in Cape Coast.

Ecotourism here is highly recommended as conservationists, tourists, and local communities have merged to install protection projects at the Boabeng-Fiem Monkey Santuary, Wechiau Hippo Sanctuary (in the Upper West Region), and the Amansuri Wetland Sanctuary in the Western Region. Ada Foah, on the Volta Estuary, is an important nesting site for endangered marine turtles. 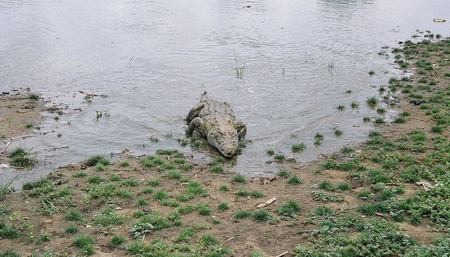 Volta Region represents the widest territorial expanse for domestic and international tourism outside Accra. Its diverse landscapes spans from coastal plains to forest parts and highest peaks. For outdoor enthusiasts, it offers the most beautiful destinations for vigorous walks and biking. Visit Wli Falls, the highest waterfalls in West Africa or the waterfalls around Amedzofe and Mount Afadjato. 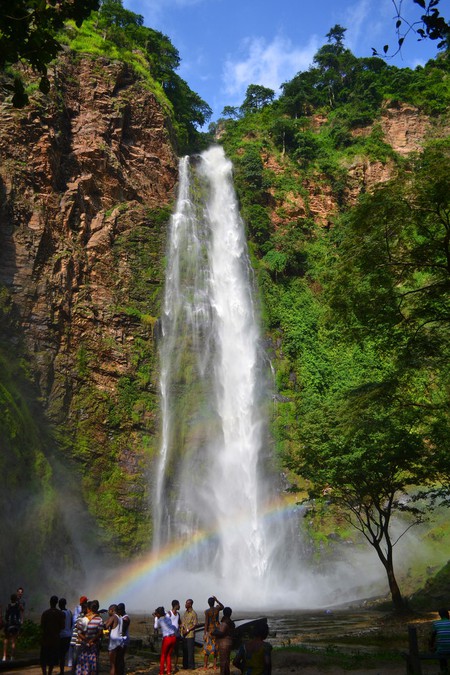 With over 725 species of birds including eagles, weavers, and rare parrots, both casual and serious birdwatching are on the rise in Ghana. The Savannah landscape and the shadowy rain forest interiors of Bui, Kakum, and Ankasa offer a range of opportunities to spot some breathtaking species. Some marine species flock to coastal lagoons such as Songor, Keta, and other spaces spanning the 500 kilometre (around 310.69 miles) Atlantic Coastline.

Titanic Beach, right next to Sakumono and on the way to Tema, is great for your non-swimming urban beach experience. On the other hand, Cocoloco Beach and Ada Beach, a two hour drive out of Accra, are ideal spots marking the point where the Volta River blends into the Atlantic Ocean; this meeting point creates a wonderful natural environment for sea turtles and scarce birds colouring the Volta Estuary. Manet Paradise Beach Resort located 103 kilometres (64 miles) east of Accra, also in Ada, is the optimal setting for jet skiing, surfing, and sailing with outboard motor-powered canoes.

Busua Beach, located only 5 kilometres (3.1 miles) from Dixcove, is a stunning stretch not far from a thick vegetation patch and a small island. Gomoa Fetteh, on the Accra-Winneba Highway and an hour’s drive from Accra, is known for its traditional festivals and the popular White Sand Beach Club which has a lagoon terrace and Two 12-seater pontoons. Also, the Kokrobrite Beach, 25 kilometres (around 15.5 miles) west of Accra, draws you in with its unique sights and sounds that make you forget Accra’s packed streets for a moment.

Akonnedi Shrine, Manhyia Palace, and Wassa Domama Rock Shrine (near Kakum National Park) are a few traditionally-renowned structures. The Larabanga Mosque (in the north-western Northern Region) with its Sudanese-architectural style dating from 1421 at the height of the trans-Saharan trade, is reputed to be Ghana’s oldest mosque. A few hours’ drive away from Larabanga, the painted houses and pottery of Sirigu in the Upper East Region pull in tourists around the year. 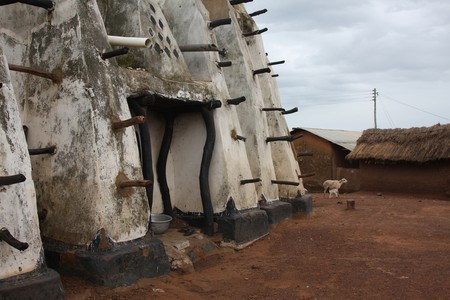 If you’re into archaeological sites, locales at Bosumpra Rockshelter, Asokrochona, and others classed as Kintampo Culture Sites were inhabited during the Stone Age. Meanwhile, traces in New Buipe, Begho, and Daboya show that settlements originated there in the Stone Age and lasted through the Iron Age until the 17th and 18th centuries. Lastly, a site near the Krobo Mountain was occupied during the 18th and 19th centuries.