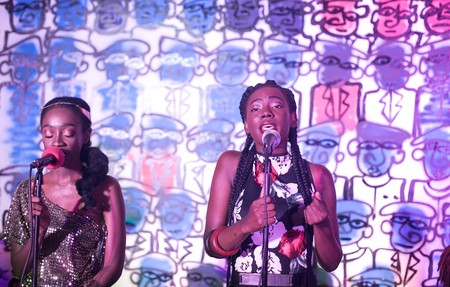 Accra’s performance poetry scene is among the best in Africa – the journey from abstract concept, through an emerging era to becoming one of the leading art industries in Ghana is a fascinating one. We spoke to three of the leading lights to find out more about what makes this unique venture so special.

“When I first stepped on stage at Bassline (now +233) and Golden Tulip Hotel in the late 90s, there were spoken word craftsmen, but not a spoken word scene,” recalls award-winning author and poet Nii Ayikwei Parkes.

At the time, Atukwei Okai was unquestionably one of the great spoken word artists in the country, and made global strides. The likes of Dr Kwesi Owusu (now of Creative Storm) have represented internationally, though there were no venues, no crews and no regular events.

Mutombo Da Poet started spoken word poetry in 2005. “It was a virgin scene then, and I was mostly performing alongside rappers. I released my first spoken word album in 2012 titled photosentences which sold over 1,500 physical copies and performed on many stages in Ghana, United States and Germany.” 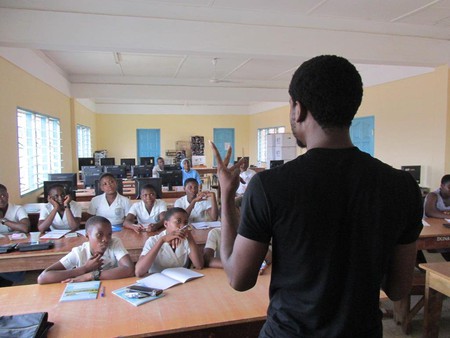 For Nii Ayikwei Parkes, the scene looked fuzzy till the renaissance happened. “To get on stage, I would say I was a jazz singer, and then end up performing some poetry with accompaniment. I went off to work in Europe and the US for a while, but I was so happy to return years later and see people like Sir Black and Mutombo starting an actual scene.”

Benedict ‘Sir Black’ Quaye, aka Yibor Kojo Yibor,considers himself a social servant rather than a poet. The co-founder of Ehalakasa is also a three-time prizewinner. “Ehalakasa TalkParty started with Martin Egblewobge of Writers Project, Nii Lantey, Norvisi, and a few others in 2008 at Nubuke,” Yibor notes.

Though there are a significant number of talented performers on the scene, Nii Ayikwei Parkes thinks there’s more work to be done. “I mean, I had breakfast with Ngugi wa Thiongo once, and he told me he was still learning and still jealous of young writers – that’s the kind of hunger that underpins his excellence.”

Yibor Kojo Yibor is currently developing a spoken word orchestra dubbed Bi3nology, and Mutombo hopefully looks forward to releasing his second album this year. Chief Moomen, meanwhile, produces some of the biggest theatre projects including Wɔgbɛ Gyɛkɛ and the yet to be outdoored Mansa Musa, with performance poetry playing a definitive role on the Ghanaian stage.