10 Inspiring Women to Know From Ghana 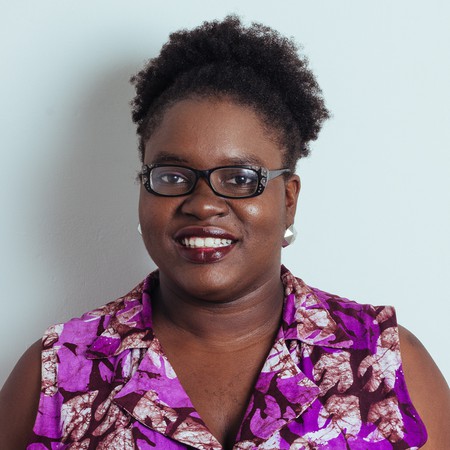 From Kayayo (women potters) to Sirigu women painters, unparalleled writers to all-time proficient athletes, and activists to social and digital engineers, women’s influence is immeasurable. In no particular order, here are ten inspirational women breaking records or stirring change from the arteries of Ghana and beyond:

Ama Ata Aidoo is one of the most celebrated African writers, poets, and playwrights known to combine original detail, specificity, and color in her prose and poems. Her pieces have relayed subtle and sturdy social issues in creatively candid and shrewd ways. It’s no wonder that she’s been an inspiration for renowned writers like Chimamanda Ngozi Adichie and Lola Shoneyin. Mbaasem is a supportive outlet set up by Ama Ata Aidoo for African women writers. The first center for creative writing in West Africa has been named after her.

“Any waste material can be a raw material for something else. When something no more looks useful, it should cease to exist.” – Akua Akyaa Nkrumah

Akua juggled her educational project, Green Ghanaian, with her career as head of innovations at Jekova Ventures, a waste management firm. She also founded Eco Planners for post-event cleaning exercises. She worked on waste separation methods and compost plants and was ingenious about applying social media applications and blogging. Her asthmatic conditions never held her dreams back to pursue a regional tour to some of the roughest parts of Ghana for educational workshops to create awareness about environmentally friendly spaces. 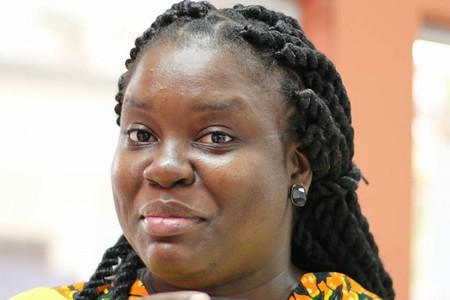 “It is important that we provide a safe and creative space for artists here in Ghana, for them to know that they always have a home here to produce their work freely.” – Sionne Neely

The Ghanaian alternative music and art scene has seen a facelift over the years thanks to Sionne Neely and the team at Accra[dot]Alt. As co-founder and co-director of Accra[dot]Alt, her experience in research, coverage, and collaborations have helped to incite the organizational urge for dynamic, multidisciplinary, and penetrative art-centered projects. There are the monthly Talk Party Series in Accra, and groundbreaking public space interventions which have flowered through festivals, exhibitions, and workshops.

“Always maintain your integrity even if it is to your short term detriment. It will pay off in the long term.” – Farida Bedwei

For a dreamer and achiever like Farida Bedwei, disability is not an absolute deprivation. The distinguished software engineer co-founded Logiciel; a software systematization outlet operating a cloud software service used by hundreds of micro-finance companies in Africa. She is not one who just got lucky overnight. Farida was diagnosed with cerebral palsy at the age of one, but has dedication, inventiveness, and the persistence to become one of the most powerful women in financial technology.

“Women must know that the strongest power in the world is economic power.” – Esther Afua Ocloo

Esther Afua Ocloo, who passed away in 2002, would have celebrated her 98th birthday on Apr 18, 2017. She started her entrepreneurial strides by selling fruit juice and marmalade, then ended up operating a bank specifically designed to help women on low incomes. Ms. Ocloo was invited to the first UN World Conference on Women in 1975. As the chairman of the board of directors of Women’s World Banking, she has helped millions of women start and run businesses, helping boost prosperity in countless communities.

“When the first children’s book by a Ghanaian is published I shall die happy.” – Efua Theodora Sutherland

Born in 1924, Ghanaian playwright, radio broadcaster, creative director, children’s literature maker, poet, teacher, and dramatist spurred the development of the literary arts in the then freshly independent Ghana. Efua Sutherland’s work in the academic sector and government led to the birth of Ghana Drama Studio, Ghana Society of Writers, Afram Publications, and a community “story house” project called the Kodzidan in Ekumfi-Atiwa. She wrote in both English and Akan, and helped to establish African performance curricula at the university level. Some of her works include Foriwa (1962), Edufa (1967), and The Marriage of Anansewa (1975).

Ark Foundation, a space for women and children suffering from domestic abuse in Ghana was founded by law practitioner and proficient human rights advocate Angela Dwamena-Aboagye. She believes in gender equality, justice for abused women and children, as well as sustainability for society’s susceptible ones. In an interview with Graphic Ghana, she described the harassment of women in homes and at workplaces as a harrowing issue, and admits that there’s been a shift, though slow.

“The process of documenting and disseminating women’s experiences [..] opens up debates and leaves an important archival record for future generations.” – Yaba Badoe

Born in Tamale in the Northern Region, Yaba Badoe has made impressive strides through documentaries that project myths surrounding black sexuality, identity, and racism. She directed and co-produced The Witches of Gambaga, a brave visual account of the condemnation of ostracized women, which won Best Documentary at the Black International Film Festival in 2010, and FESPACO 2011 Documentary 2nd prize.

She was tagged as “Baby Jet” due to her remarkable speed game, though currently, Ghana Black Stars footballer Asamoah Gyan goes by the nickname Alice Annum.

Ghana’s first sensational female Olympian sprinter but little known, she won gold at the 1965 All Africa Games (long jump) in Brazzaville, silver at the 1970 Commonwealth Games in Scotland, silver again in both 100 meters and 200-meter races and bronze in the 1974 New Zealand edition; 200-meter section. Also, she pulled it off at three consecutive Olympic Games: 1964 (Tokyo), 1968 (Mexico City) and 1972 (Munich). 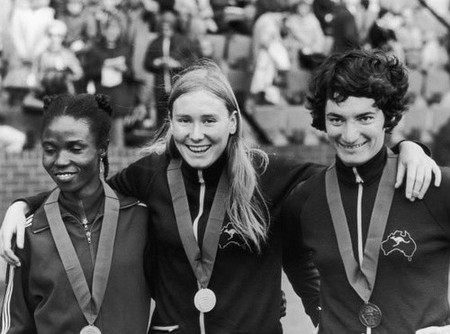 “Ghana lies in the tropics and is blessed with rich vegetation. The color “gold” was influenced by the mineral rich nature and “red” commemorates those who died for the country’s independence. The five-pointed lone star is the symbol of African emancipation and unity.” – Theodosia Okoh

Mrs. Theodosia Salome Abena Kumea Okoh designed the Ghana national flag, which artists from many other African countries drew inspiration from to design theirs. The multidisciplinary painter, teacher, sportswoman, and writer also played a leading role in the development of hockey in Ghana. She was awarded an official Grand Medal by the state, and on April 19, 2015 when she passed away after a short illness at the age of 92, Ghana flags were hoisted at half-mast for three days in honor of her colorful patriotism and influence.