Beyond Ethio-Jazz: Ethiopian Artists On The World Music Scene

Ethiopia is home to a wealth of promising musicians looking to redefine the quintessential narrative of Ethiopia to more inclusively portray the culture and talent of its people. Culture Trip looks at nine modern artists who lend a progressive edge to the country’s music, pushing boundaries and exploring the nuances of its distinct and diverse sounds. 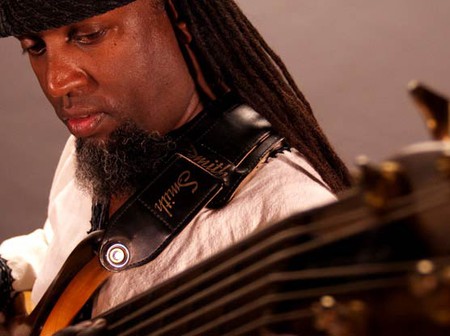 Formal practice of music in Ethiopia is believed to be one of the oldest in Africa – in an interview with Afropop.com, Kay Kaufman Shelemay, a Harvard professor of ethnomusicology and a scholar of Ethiopian music, says ‘Ethiopia is the only African country with an indigenous system of musical writing and musical notation’. And just as the history of Ethiopian music is extensive, its modern day adaptations are wide ranging and defies being siphoned into a single category.

The evolution of Ethiopia’s music has had its share of ups and downs, but it has proved to be resilient in adapting to the times. This is evident in the works of visionary artists such as the father of Ethio-jazz, Mulatu Astatke, who promulgated Ethiopia’s mostly pentatonic scale-style music when he established Ethio-jazz as a standalone genre back in the 1970s, proving that Ethiopian grooves can be popular worldwide.

Ejigayehu Shibabaw, better known as Gigi, is a boundlessly talented vocalist. Her music, considered revolutionary in breaking away from contemporary Ethiopian music norms, is in-between soul stirring ode and meditative ambience. Gaining recognition at the international level in 2001 for her self-entitled studio album, Gigi quickly became a household name in Ethiopia. Songs on this album prevalently remain anthems of modern Ethiopian music to this day. Ethiopians and music lovers everywhere adore her refreshing twist the classics.

Some might know Kirubel as being the lead character in the Amharic-English movie Journey to Lasta and producer of its soundtrack album, Lasta Sounds. The movie, based on a true story, follows a group of musicians struggling to ‘make it’ in the United States, while bringing to light the human drama involved in creating a work of art as a group. Kirubel has established himself as an avant-garde musician through the course of his career. His new project is entitled Dimptsepia, and although it has yet to be released, it is sure to be extremely well received, both in Ethiopia and abroad. He is a bassist and a producer based in Santa Monica, California.# 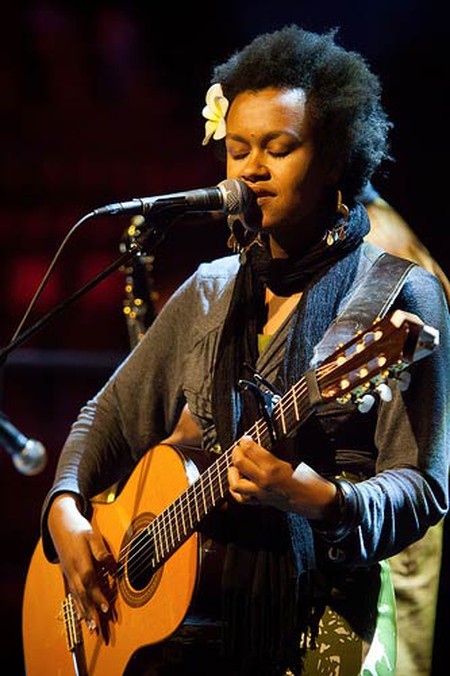 Known simply as Meklit, this exceptional songstress is an Ethiopian born singer/songwriter based in San Francisco, California. Her power over her own vocal chords is nothing short of breathtaking. She changes gears from deep bass to falsetto in the span of a few notes and hypnotizes with her sweet, seductive voice

Born out of a meeting of talented Ethiopian musicians such as Samuel Yirga and Tsedenia Gebremarkos, with British producer and multi-instrumentalist Nick ‘Dubulah’ Page in 2006, this fusion band has come a long way in successfully assimilating jazz, traditional ‘Azmari‘ music and Jamaican reggae dub, all into one tantalizing mix that becomes positively enchanting.

Ester Rada – This Israeli born Ethiopian is tipped to become a sensational music diva after the release of her first album which was precluded by a self-written and composed solo EP entitled “Life Happens” in 2013. The mixtape was praised by critics who described her music as a “cross-cultural sound that is a deep reflection of the Israeli born Ethiopian’s heritage” and “graceful composition of Ethio-Jazz, funk, soul and R&B, with mixed undertones of black grooves.” The BBC also drew attention to her “powerful, soulful voice and seductive combination of Ethiopian Jazz, funk and R&B.” Ester has been very well received on her tour of the US, Europe and Canada, and has recently performed at the Glastonbury Festival. 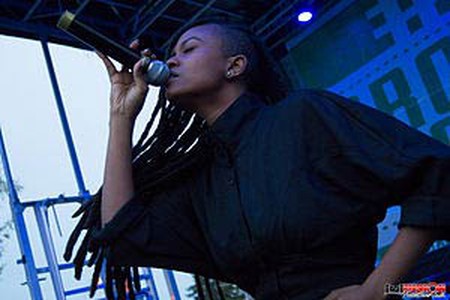 Kelela Mizanekristos, known as Kelela, is a singer-songwriter who differs from others on this list as her new age ‘club R&B’ sounds are a major deviation from traditional Ethiopian tunes or any other genre for that matter. Still, her heartbreaking voice and melodies are enough to endear anyone willing to listen. Born in Washington DC and currently based in Los Angeles, the Ethiopian American is an up and coming R&B diva whose debut mixtape, ‘Cut 4 Me’, was listed on several year-end lists and garnered praise from music critics and celebrities including Solange Knowles and Bjӧrk.

Danny Mekonnen is an Ethiopian-American Saxophonist who leads Debo band, a 12-piece ensemble whose sounds are a contemporary fusion of several western genres with more traditional Ethiopian musical staples. Debo band are arguably the best revival project to recreate the success of the Ethio-jazz movement. Their self-titled 2012 debut record was well received and thrust them onto the world music scene almost overnight.

Samuel Yirga is a talented pianist and composer whose latest album, Guzo (meaning ‘journey’ in Amharic) is an amalgamation of several purely Ethiopian musical themes and more exploratory western themes into one cohesive and charming work of art. The Los Angeles Times said his record ‘sits somewhere in that fertile ground where jazz mingles with R&B and funk to create soulful beauty’. He is also a divisive member of the band ‘Dub Colossus‘. 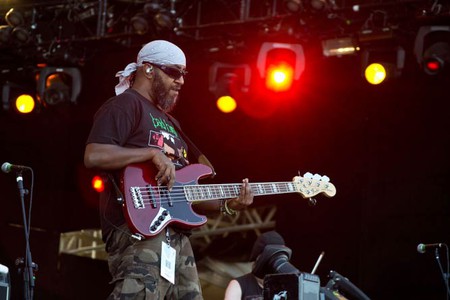 A producer and bass instrumentalist, Tommy T is a member of the Gypsy punk band Gogol Bordello. His soon to be released album includes some unusual, innovative tracks, one of which features musical legend Mahmoud Ahmed, who puts his vocals over an uplifting reggae beat. His amazing 2009 solo debut album, The Prester John Sessions, was #1 on the world music chart for 10 weeks.