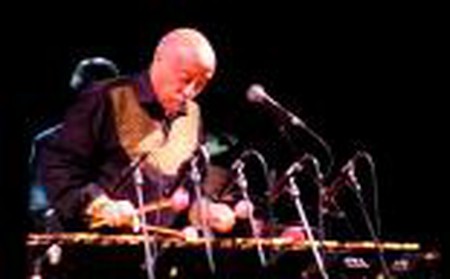 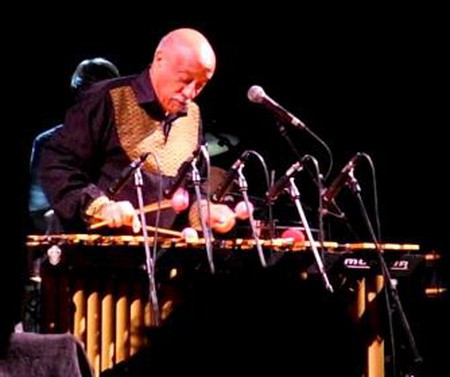 The foundations of Ethio-jazz

The roots of Ethiopia’s jazz tradition can be traced back to the 1950s with Nerses Nalbandian, who laid a strong foundation for the development of contemporary Ethiopian music. Of Armenian origin, Nalbandian’s family settled in Ethiopia, escaping the genocide in Turkey around 1915. Following in the footsteps of his uncle, Kervok Nalbandian, a renowned maestro in Ethiopia, Nalbandian took over as the head of the National Opera when his uncle retired. Tasked by Emperor Haile Selassie to compose music for the National Theatre, Nalbandian had to figure out how to harmonise local sounds in big band arrangement without destroying the music’s authenticity. Ingeniously, Nalbandian set about solving this complexity – given Ethiopian music’s unique scales – by borrowing from Western instrumentation. Often regarded as the pioneer of modern Ethiopian music, Nalbandian undeniably set the basis for the evolution of Ethio-jazz. 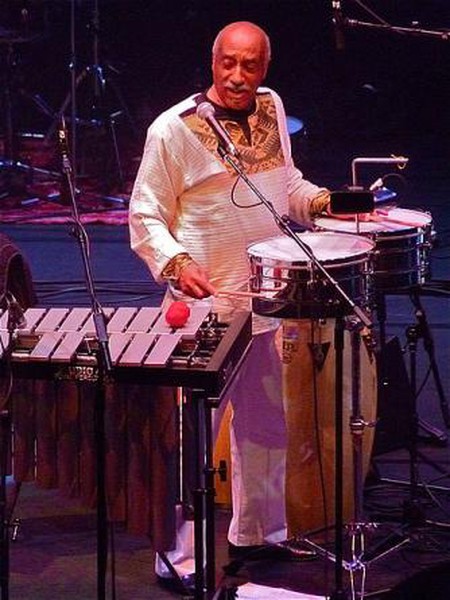 Mulatu Astatke performs with the Heliocentrics at the Barbican Centre, London | © close to 94 blog/WikiCommons

Mulatu Astatke, the father of Ethio-jazz

The father of Ethio-jazz as we now know it is Mulatu Astatke. Born in 1943 in Jimma, a city in the Western part of Ethiopia, Astatke surprisingly chose to study aeronautic engineering in North Wales in the late 1950s. Formally introduced to music and the arts during his studies, which allowed for many electives, Astatke discovered his natural talent and eventual passion for music.

Astatke went on to study classical music and instruments at Trinity College in London and worked with a number of leading British jazz players. However, inspired by other African students in London who were presenting their music and culture to European audiences, he desired to compose and promote Ethiopian music. At the same time, Astatke wanted to learn more about the fascinating world of jazz, which led him to pursue his musical studies at the Berklee College of Music in Boston in 1958, the only jazz school in the world at the time. Being the first Ethiopian, let alone African student at the college, Astatke became enthralled with the idea of combining Ethiopian music with Western jazz and rhythms. After much thought and improvisation, Astatke finally managed to combine the unusual pentatonic scale-based melodies of traditional Ethiopian music with the 12-note harmonies and instrumentation of Western music, giving birth to “Ethio-jazz.”

The bigger jazz scene in New York compelled Astatke to move once again, and it was during the 1960s that Ethio-jazz fully came to life. Greatly inspired by the likes of Miles Davis, John Coltrane, and other jazz stars, Astatke established an Ethiopian Quartet, and with successive trips between the States and Ethiopia over the years, he produced two albums: Afro-Latin Soul 1 & 2 in 1966 and Mulatu of Ethiopia in 1972. 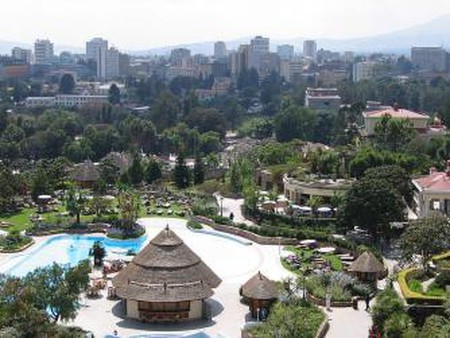 Meanwhile, back in Addis, Emperor Selassie had made many liberal changes following the social turmoil of 1960, and Addis was in full swing. The period up until the mid-1970s was the country’s golden age of music and creativity. In the late 1960s, Astatke decided to return to his home country and set about introducing Ethio-jazz to his people. Considered somewhat of a radical with his unconventional ideas and signature vibraphone, Astatke’s music was initially met with mistrust, as many Ethiopians, strongly traditionalist having escaped colonization, feared cultural contamination of any form. With Astatke’s insistence and dedication, Ethio-jazz eventually picked up momentum during the last days of Selassie’s reign, although its popularity remained in Ethiopia.

Apart from Astatke, there is many other influential musicians who worked scrupulously towards transforming the country’s musical landscape in the 1960s with the advent of Ethio-Jazz. Great names that stand out include the saxophonist Gétatchew Mèkurya, who started his career at the Addis Ababa city band and went on to play alongside many of Ethiopia’s biggest orchestras, later releasing his acclaimed album Negus of Ethiopian Sax. Another notable Ethio-Jazz veteran is Mahmoud Ahmed, who is often mentioned together with Astatke, whenever Ethio-Jazz comes to mind. Ahmed became similarly famous for combining Ethiopian music with Western jazz and rock and released the album Ere Mela Mela in 1975. Famous Ethio-Jazz singers include Alemayehu Eshete, who, together with Girma Bèyène, founded the Alem-Girma Band and composed about 30 singles before the arrival of the communist regime.

The near-death and subsequent revival of Ethio-jazz

The Derg, the Marxist regime of Mengistu Haile-Mariam that rose to power in 1974, squashed Ethiopia’s budding musical scene and liberal social life. Because it was considered a Western import, much of Ethiopia’s popular music was censored, and musical creation and practice were largely limited to patriotic songs. As a result, many musicians fled the country or kept a low profile, and a generation grew up with hardly any memory of Ethio-jazz. In spite of this, Astatke opted to remain in the country. As a board member of the International Jazz Federation, this afforded him a certain amount of freedom, as well as a chance to travel. Astatke was even invited to play at several official ceremonies with his band, as Ethio-jazz, being mainly instrumental and void of revolutionary lyrics, did not pose a threat to the authorities.

The revival of Ethiopian music started after 1991 when Ethiopia became a democracy following the ousting of the communist military junta. In 1997, Francis Falceto, a French music producer and promoter, fascinated by Ethiopian music at large, went about painstakingly collecting and recording Ethiopian music and compiling a 23-volume series called Ethiopiques on the French label Buda Musique (the series has since evolved to 28 compact discs). Featuring Ethiopian and Eritrean music legends of the 1960s and 1970s, Ethiopiques focuses on traditional music as well as highlighting individual musicians or specific genres. Volume four of the series, entitled Ethio Jazz and Instrumental Music 1969-1974 features the spectacular works of Astatke. Through this extensive series, Ethio-jazz finally hit the international scenes on the eve of the new millennium, as various actors in the world music arena become acquainted with and captivated by Astatke’s work. Ethio-jazz reached an even wider audience when Jim Jarmusch, completely taken by Astatke’s work, used a number of Astatke’s songs in the soundtrack of his film Broken Flowers in 2005.

Following a collaborative effort with the Heliocentrics music collective, Astatke completed the album Mulatu Steps Ahead in 2010, involving contributions by the Heliocentrics, members of the Either/Orchestra in Boston and traditional Ethiopian musicians back in Addis. Since then, Astatke has continued to work on new productions, received a number of international awards, and continues to be an inspiration to many young Ethiopian and international artists, including Damian Marley, K’naan, and Nas. After 40 years of rampant work and dedication, Astatke is finally attaining the recognition he deserves, and his work is far from complete.

Today, Ethiopia’s music colleges teach the history of Ethio-jazz as part of their curricula, and a new generation of Ethio-jazz musicians has emerged. Inspired by the Ethio-jazz of Addis’ golden era, contemporary musicians together with the old Ethio-jazz masters are working towards bringing back and cementing the melodies of the past in modern-day Ethiopia. One such band is the Addis Acoustic Renaissance Group, currently led by guitarist Girum Mezmur, which reproduces songs from the 1960s and regularly performs at clubs in Addis. Another is the up-and-coming Ethio-Fusion Jazz band, The Nubian Arc. A few Ethio-jazz-inspired bands in other countries are also popping up, such as French bands Badume and Tigre des Platanes, and Budos Band from the U.S.

Just over 70 years old, Astatke is as active as ever. Completely absorbed by music, Astatke continues to innovate, modernizing traditional instruments, taking up new opportunities for musical cross-fertilization, and tirelessly working on establishing a profound imprint of Ethio-jazz on the history of world music. On top of participating actively in a number of festivals and speaking at international events, Astatke has also established the African Jazz Village, a music school and jazz club dedicated to promoting Ethio-jazz in Addis. Working closely with young bands and his students, Astatke is paving the way for the next wave of Ethio-jazz musicians. Far from being a passing music phase of the moment, Ethio-jazz has continued to thrive in the modern day Ethiopia and beyond, against all odds, constantly evolving but staying true to its strong Ethiopian roots.