The Top Things to See and Do in Cotonou, Benin 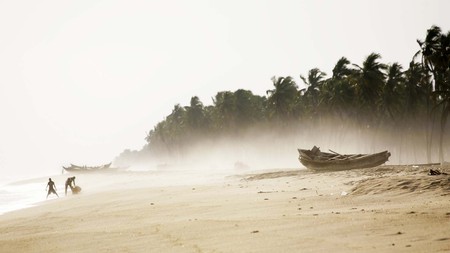 The bustling port city of Cotonou in the West African nation of Benin offers travellers to a 49-acre (20-hectare) market, fascinating art galleries and unforgettable architecture. It is the gateway to the world’s only town on stilts and the birthplace of the sacred religion of Vodun.

Cotonou – a de facto capital city – is the seat of government and the economic hub of Benin, where shoreline excursions through lush tropical scenery lead to beach resorts that provide a relaxing interlude. Here are some of the top things to do in Cotonou and its surroundings. 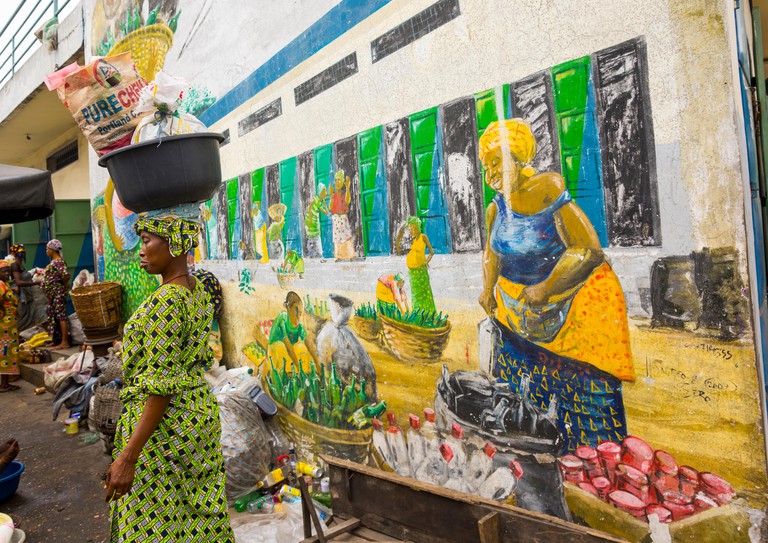 © Eric Lafforgue / Alamy
Dantokpa, the largest open-air market in West Africa, covering over 49 acres (20 hectares), bustles with vendors and shoppers while it fills the senses with the fragrant smells of spices, prepared foods, flowers and local fruits. The interior of the market is an eye-popping showroom of vibrant bolts of cloth, leather goods, clothes and toys. It also has an extensive section which sells plant-based medicines and animal parts for Vodun worshippers (see below). Prices are variable depending on your bargaining skills but if you’re lucky you’ll find a willing local that can teach you the knack of negotiating a good price.

Zinsou Foundation and the Artisanal Center 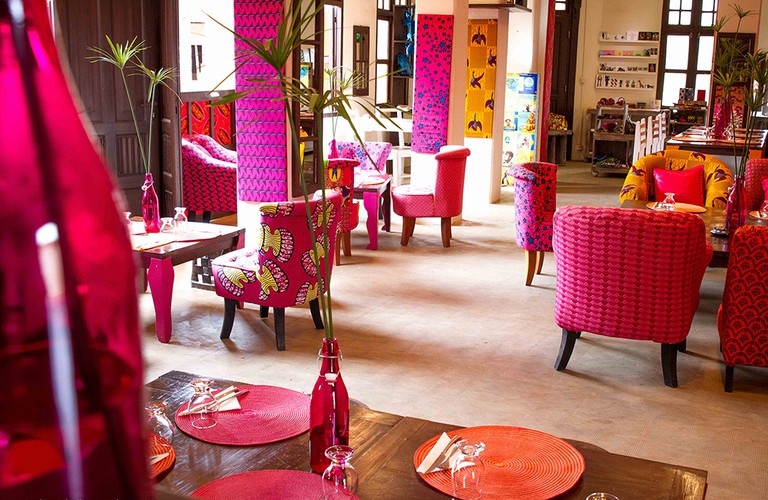 Courtesy of the Zinsou Foundation
The Foundation features contemporary African art in both permanent and temporary exhibitions. You can take a free professionally guided tour through the three-storey building, which promotes the culture of Benin with libraries and art classes. Head to the café and a boutique where you can buy gifts for family and friends back home. The Artisanal Center, built with an African architectural design, is a great venue if you’re looking to purchase arts and original crafts unique to Benin by the craftsmen. 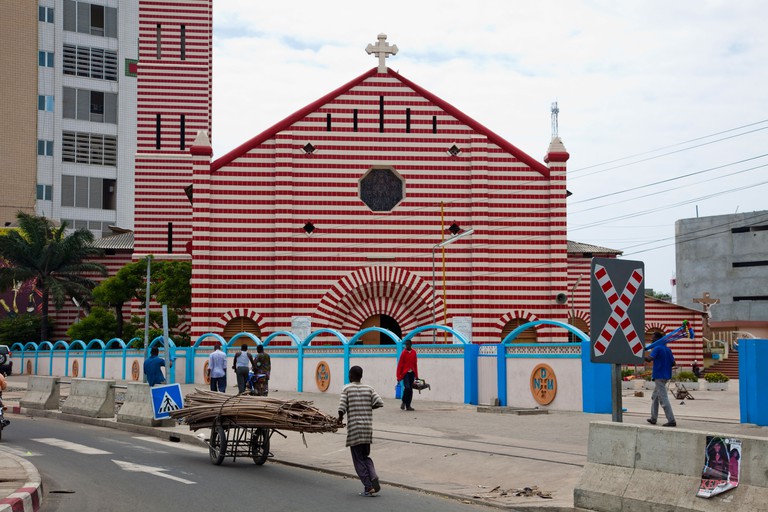 © Rene Abdou / Alamy
This cathedral with its vibrant, tiled red and white stripes is unusual and hard to miss. More than a place of worship, it also houses a book store featuring Beninese and African French literature. You can even buy books in English by writers from the Benin diaspora and schoolbooks for kids back home. 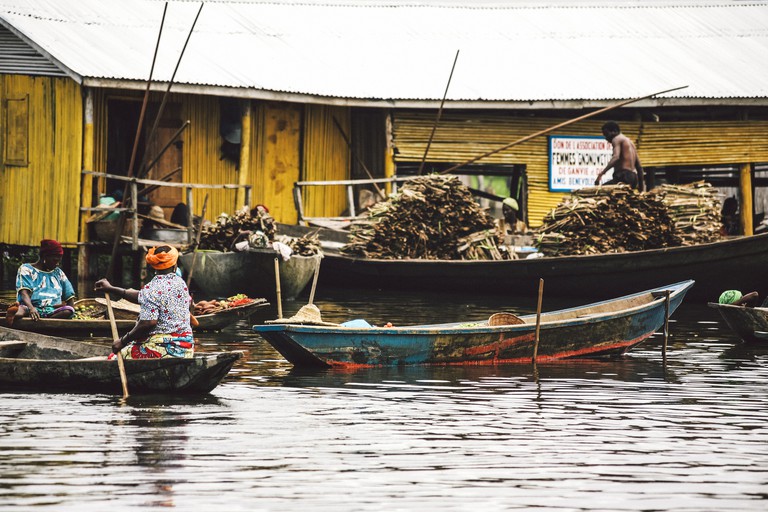 © Peeterv / Getty Images
Ganvie, meaning “we survived”, is a lake village popular with tourists. Some 30,000 residents live in the world’s only town on stilts. Their bamboo houses are supported by poles on a 12,000-acre (4,856-hectare) lake in what is called the Venice of Africa. Dwellers use dugout canoes to leave their houses, visit neighbours, shops, restaurants, the hospital, church or the bank and the only building set on a sliver of land is the school. Having fled here in the 1700s from a threatening tribe, the inhabitants have adapted to a life on water where little has changed. 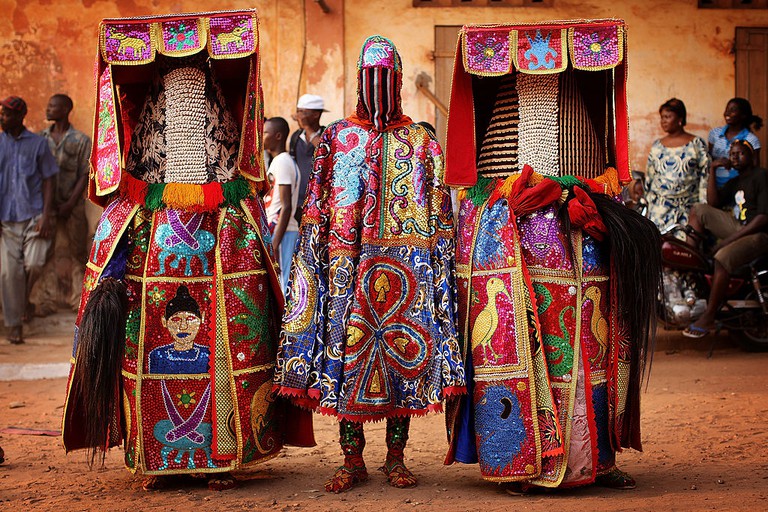 © Dan Kitwood / Getty Images
A palm-tree lined route leads to the birthplace of the sacred Vodun religion and the spot where shackled prisoners were taken and forced into boats to cross the Atlantic, where they would become slaves. 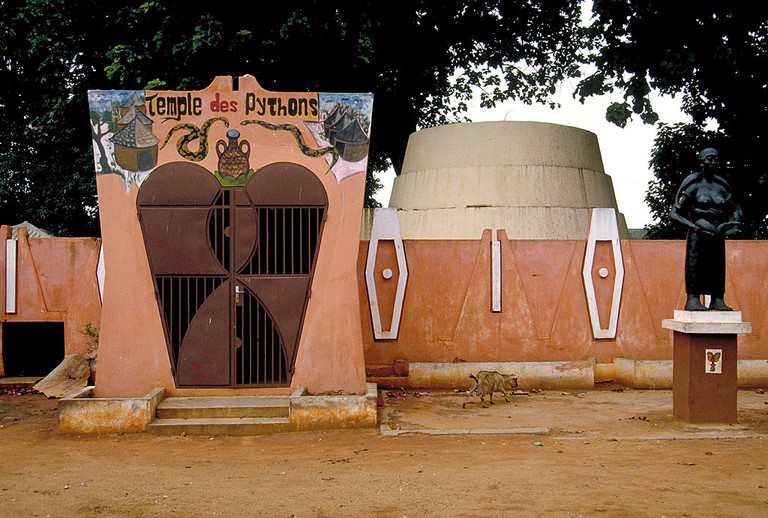 © Education Images / Getty Images
The Temple of Pythons is a historical site – inside you’ll find a pit filled with live snakes of the royal python species. They are harmless, but special because they are religious symbols venerated by Vodun worshippers. 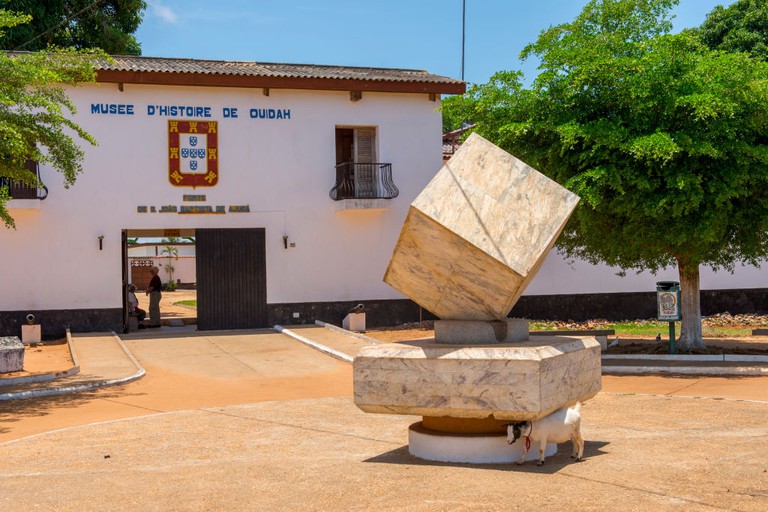 © Wolfgang Kaehler / Getty Images
This museum, once a Portuguese fort and slave-trade centre, contains a chapel, military barracks and a residence. The residence houses archaeological relics, some of which date back to prehistoric times. Hire a trained curator to guide you through the museum where you’ll learn about the region’s past through historical and cultural objects and illustrations.

The Slave Route and the Door of No Return 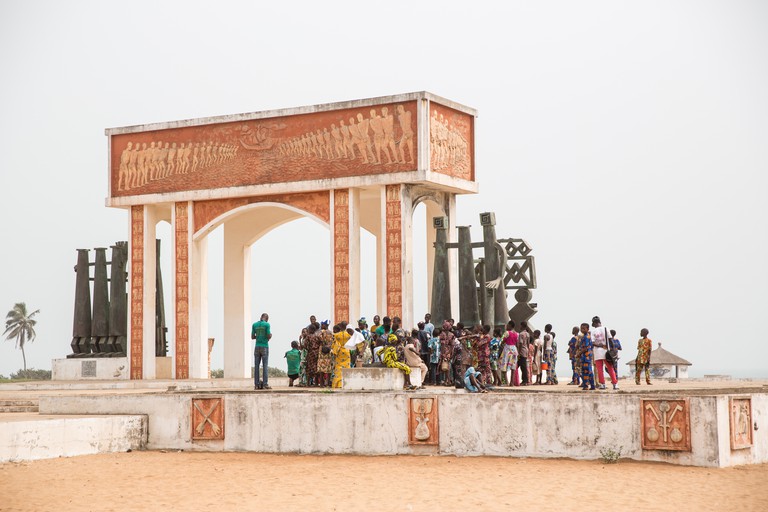 © Tim White / Getty Images
A 4-km (2.5-mi) dirt road is known as the Slave Route where shackled men, women and children were compelled to walk to the beach to be shipped overseas. It leads to the Door of No Return, a concrete and bronze arch built to memorialise over a million enslaved people forced into boats embarking for the Americas. The museum, which opened in 1962, is also a memorial and features a mural spanning the top of the arch that shows manacled slaves walking out through the waves towards a future of permanent hardship. Vodunists believe the spirit of Mami Wata (Mammy Water) rules the waves lapping the beach of this historic site. 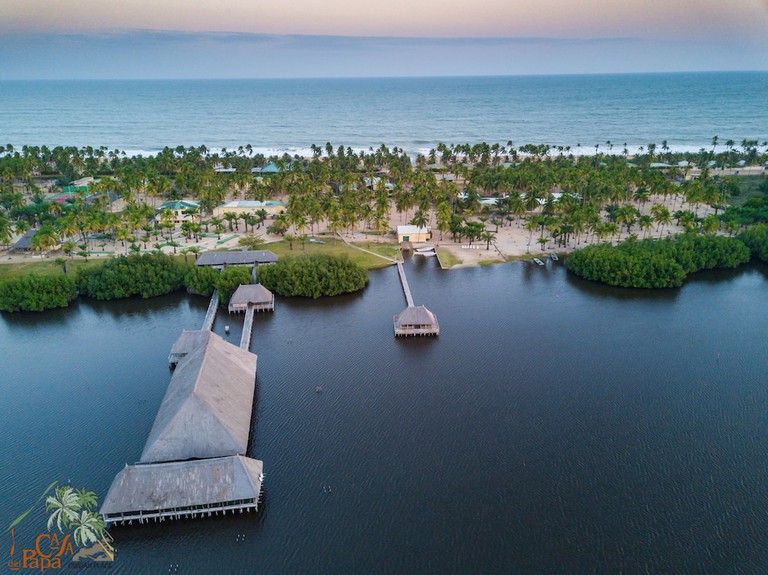 Courtesy of Casa Del Papa
View Rooms
An unpaved road winds past coconut palms and scenic vistas to the Atlantic Ocean studded with beach resorts and fisherman hauling in their nets. There is a variety of hotels and villas, such as Casa Del Papa, with 60 rooms and bungalows, and Hotel Village Vacances Plage. Rooms have stunning views of the ocean where you can rest to the soothing sound of the sea.
More info 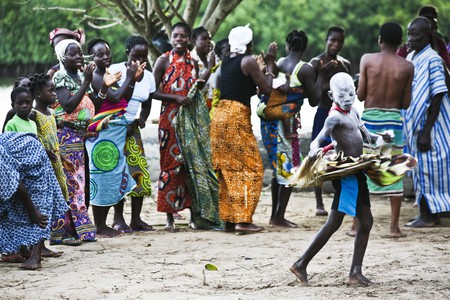 Decreed an official religion by the Benin government, Vodun is an indigenous, animistic worship of one divine creator (a woman) who can be reached only through more approachable intermediaries or spirits. These spirits represent different phenomena, such as war, justice, healing, earth and nature. To learn more about the religion, you can make an appointment with the spiritual chief priest of Vodun. Bring an offering and hire a guide from the Tourist Information Center to translate. The priest can arrange for you to witness a Vodun ceremony where devotees may be “possessed” by a spirit while drummers beat out worshipful rhythms. Believers, dressed in white, dance fervently when overtaken by a spirit. The ancient religion was said to be the inspiration behind religions such as a Haitian voodoo.

With a personal guide, you can visit a traditional healer who practices the ancient art of “throwing the bones”. The healer takes out bones from a small bag and strews them on the ground to answer any questions you may have about your health, finances or the future. He or she can also prescribe herbs and animal-based medicines to cure any illness.