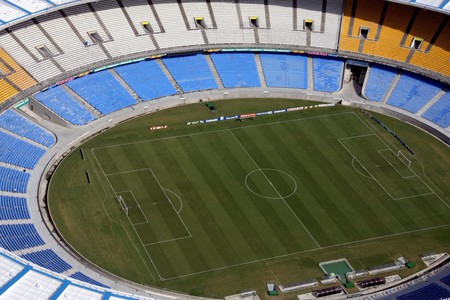 Football is everywhere in Brazil. In areas seemingly inhospitable to play a game, Brazilians find a way to indulge themselves in their greatest pastime – this football-crazy country will fashion three twigs and gather anything spherical to play the game they love. So why does their iconic Maracanã stadium belong to Uruguay?

Jump back to 1950, the first time the World Cup was held since 1938, and after its WWII hiatus. Brazil, still without a World Cup trophy in the first three attempts, would be hosting the tournament as the overwhelming favourites. On the world stage, Brazil wanted to prove, without having even made the World Cup Finals in 1930, ’34 or ’38,that they were the top football nation, and they wanted not only to win, but to put on a show. First order of business, would be to host a flawless tournament in which they provided a stunning spectacle and put their football and country on display.

In order to be taken seriously, they had to prove the passion for football in Brazil and took on the tall task of creating the world’s largest stadium that would host the biggest games, including the final, which Brazil were all but guaranteed to be playing in. The world’s most impressive stadium would surely be constructed in one of the world’s most impressive cities, in the heart of Rio de Janeiro, and on the 2nd of August, 1948, construction began on what is now known as Estádio Jornalista Mário Filho, aka The Maracanã.

Hoping to construct the Mecca of Football, The Maracanã was built to house roughly 180,000 screaming spectators, and as the World Cup commenced, the sport commission of Brazil was so confident that they would be victorious, they made a headstrong announcement that the winning team would have the honour of their nation’s colours being painted throughout the newly constructed stadium. At this time, the Brazil national jersey was a white shirt with dark blue collar, not the gold and green that we know today, but this would be a turning point in the history of Brazilian football. 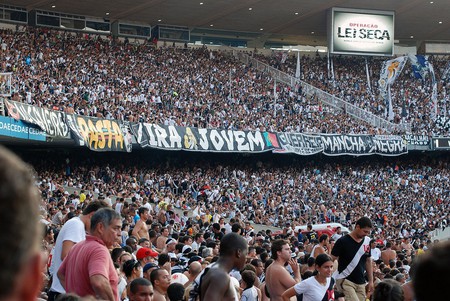 Still beaming with confidence, and feeling none of the pressure, Brazil proceeded to the final, thus ensuring The Maracanã would be seeing the stacked Brazilian team in the final; a round robin consisting of four teams. Going into the final match, Brazil led the round robin and simply needed a draw in the final match against their neighbours, and the underdogs, but also 1930 World Cup Champions, Uruguay, to be crowned the 1950 World Cup champions.

As 146 people short of 200,000 packed inside The Maracana, Brazil reached out and put a hand on the World Cup Trophy by going up 1-0. Uruguay came back, knowing they now needed to score two, and put the pressure on Brazil, finding the back of the net 20 minutes later to equalize. Now, with a renewed sense of belief, Uruguay kept attacking and for the first time, and at the most inopportune time, Brazil started to feel the pressure. Just 11 minutes before the final whistle, Brazil folded and Uruguay took the lead 2-1. 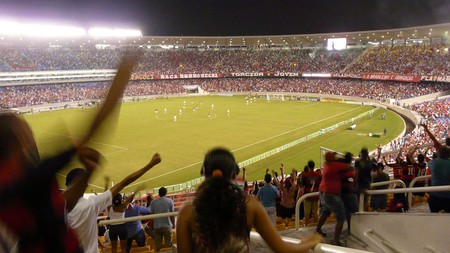 The rattled Brazilian squad could not recover and with only 10 minutes plus injury time to recover and find a winner, the task proved too much. Silence filled The Maracanã, with Uruguay’s David toppling the Brazilian Goliath in his own home, securing their 2nd World Cup title in the process. Brazil, again, left empty-handed and to add to the embarrassment of a loss at home, the Brazil sporting commission had to hold true to their arrogant promise, keeping the lids on the thousand of liters of gold paint, and instead going in search of some baby blue – Uruguay’s colours. The defeat was such a shock, media outlets in Brazil tried to refuse that they had lost, and some Brazil fans even went as far as to commit suicide.

The inner rim and seats of The Maracanã stadium were painted in the soft blue, acting as a hard reminder of the national tragedy in Brazil commonly referred to as The Maracanãzo. It also became the catalyst for Brazil adopting their flag’s famous colours of green and yellow for their jerseys, which they wore when they won their first of five World Cups, just two tournaments later in 1958.