Why Is French Soccer Player Antoine Griezmann in Love with Uruguay? 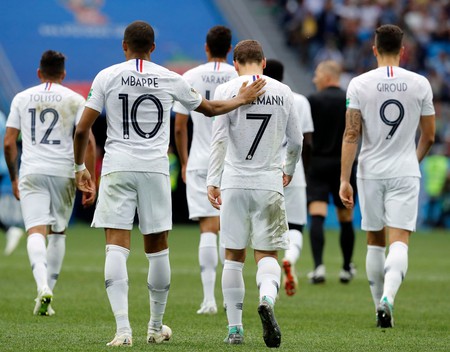 The French champion’s public display of affection for the small South American country represents a personal connection that runs deeper than sports—a curious connection, considering the world champion has never been to Uruguay.

There have been subtle, often overlooked, hints of Antoine Griezmann’s fondness for the South American country. For example, the soccer player has been seen drinking mate several times, though no one gave much significance to his affinity for the traditional Uruguayan drink. He also used a Uruguayan flag as his Whatsapp image for some time. And when Uruguay qualified for the World Cup, Griezmann welcomed the team players at Madrid’s airport, with his mate and the official Uruguayan shirt.

Griezmann has openly declared his love to Uruguay, saying, “Uruguay is my second country.” Still, some Uruguayans remained skeptical. Until the 2018 FIFA World Cup, there was no reason for locals to particularly care about the French idol. During the World Cup quarterfinal, however, when France defeated Uruguay, he won the respect of the small Latin country.

First, before entering the field, he hugged all the Uruguayan players one by one. Such behavior could simply be a sign of good sportsmanship, but what truly surprised people was when he didn’t celebrate at all after scoring against Uruguay. His team ran to hug him, and he remained quiet—and some say possibly looking a little overwhelmed.

Griezmann stated, “I have a lot of respect for them, I was in front of friends and teammates. I didn’t want to celebrate, out of respect.” 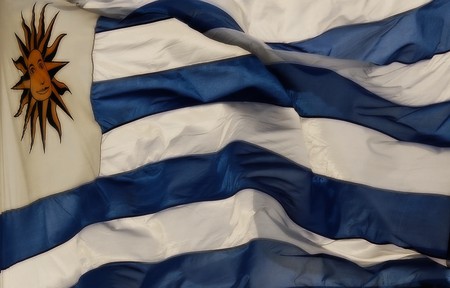 He explained that in every stage of his career as a professional player, there has been a Uruguayan in his team who taught him so much about soccer.

Griezman’s affinity began when he developed close connections to many players on the Uruguayan soccer team. While playing for different teams in Spain, he made friendships with Carlos Bueno, Diego Ifrán, José María Giménez, and Martín Lasarte—who the French player says taught him about soccer and life.

“I have some Uruguayan characteristics, like the way they play, they give everything for their team, they never give up and they help their teammates. It’s a nation I love and a country I love,” Griezman added. 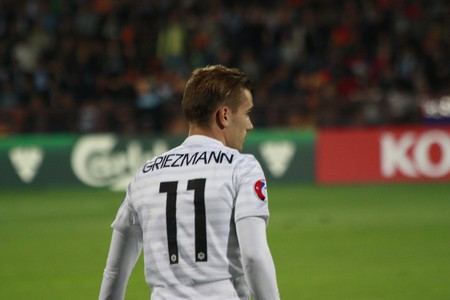 He’s also close with Uruguay’s team captain, Diego Godín (their wives are also friends)—so close, in fact, that Griezmann’s daughter is Godín’s godchild. Griezmann told the official FIFA site that Godín is, “A great friend! I spend every day with him, in the locker room and out of the field. That’s why he’s godfather to my little daughter. Giménez and Godín know everything about me, and I know everything about them.”

Griezmann says he’ll be visiting Uruguay next December for the first time, for Diego Godín’s wedding. Uruguayan President Tabaré Vázquez sent him a letter telling him how grateful he was for his kindness and to announce that he’d like to welcome him in his office during his visit. It was also announced that Antoine Griezmann would be named Distinguished Visitor of Montevideo, Uruguay.