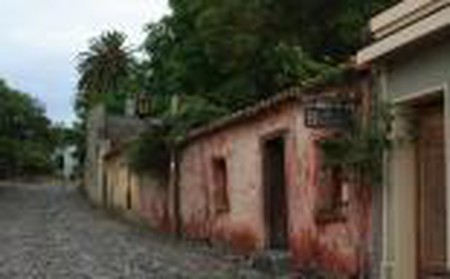 A renowned historical quarter, The Barrio Histórico is a unique UNESCO world heritage site located in the city of Colonia del Sacramento, Uruguay. Today the site is a calm retreat enjoyed by many tourists and locals, however, a few centuries before, this area was one of the country’s most war-devastated places, constantly changing hands between Spain, Portugal and others until the mid-19th century. 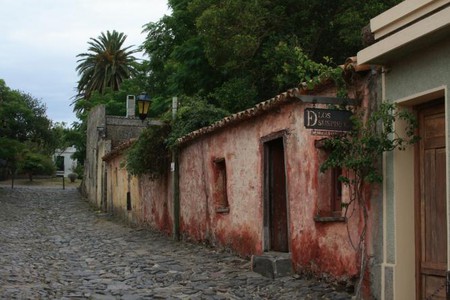 There is no city in this region of South America similar to Colonia del Sacramento; the city successfully merges the urban planning and architectural traditions of both Portugal and Spain. The post-colonial styled city was developed on a tip of the peninsula, protruding in Río de la Plata, and was surrounded by water from three sides. Fortifications were built across the peninsula from north to south along the present-day Calle Ituzaingó. Now part of the independent country of Uruguay, Colonia del Sacramento has expanded to the north and east, but the original Barrio Histórico (historic quarter) retains its irregular, terrain-fitting street plan built by the Portuguese, contrasting with the newer surrounding Spanish area. 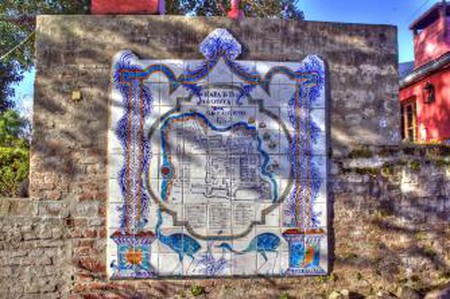 Colonia del Sacramento plays an important part in the country’s history, more so than many may realise. After being disputed for a century, it was finally lost by its founders, the Portuguese. This story starts in 1680 when the Portuguese established Nova Colonia do Santissimo Sacramento (The New Colony of Blessed Sacrament). The location of the town was strategically very important as it was intended as a foothold in Río de la Plata, acting as a gate towards the mines of Peru and vast agricultural areas.

The first defences were started on the nearby small island of St. Gabriel, which was also close to the Spanish Buenos Aires. This Portuguese initiative was seen as danger to Spanish interests in the region. In this same year Spanish troops invaded St. Gabriel Island and drove out the Portuguese, igniting the start to a long fight between Portuguese and Spaniards. This rivalry ultimately fuelled the development of Buenos Aires, and without the involvement of Colonia del Sacramento, Buenos Aires would be a very different city today. 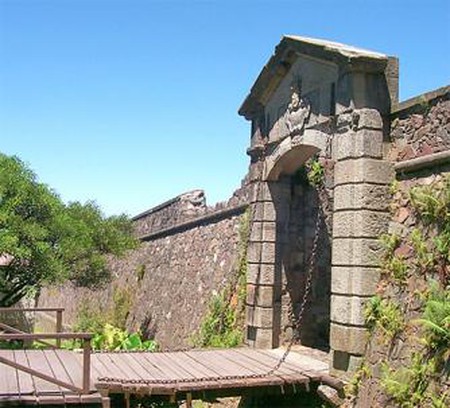 Spaniards destroyed the town in 1704 and 1705 during the War of Spanish Succession. The Portuguese started to rebuild the city again in 1715 and in 1718 with the population growing to more than 1,000 people. The Golden era of Colonia del Sacramento started in 1722, with the appointment of Antonio Pedro de Vasconcellos as Governor. He focused on the development of the city, which rapidly grew and by 1750 it had become truly successful. In 1753 the skilled Portuguese military architect José Custódio de Sá e Faria designed improvements to the fortifications. Despite this, 1762 saw the Spainish managing to take over the city, only to be returned to Portugal in 1763. However, after a siege in 1777, it again became a Spanish city.

With the Spaniards now in charge, parts of the earlier-built fortifications and some of the buildings were demolished, but the new rulers caused no radical changes to the overall look of the city. Following the short-lived peace, the city experienced fierce independence battles from 1811 to 1828, involving the Portuguese and Brazil. Between 1839 and 1851 the new nation of Uruguay was at war with Argentina and Sacramento, which again caused the City of Colonia del Sacramento to suffer. 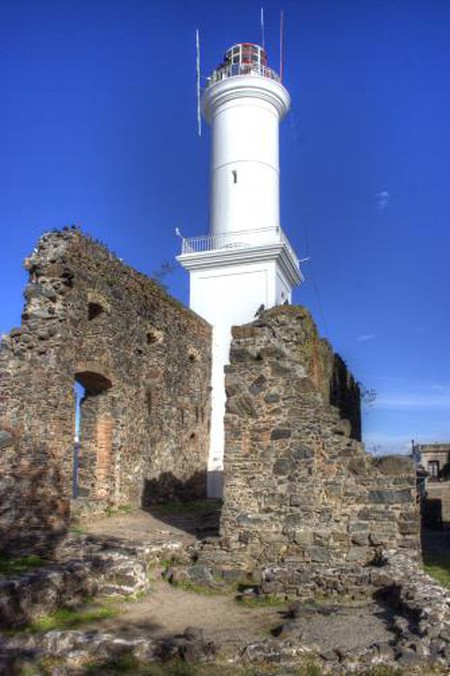 Since the mid-19th century the political situation in South America began to stabilise and peace finally came to Uruguay. In 1859 the last of the fortifications were demolished and a new era of development began in Colonia del Sacramento, expanding beyond the old borders. During this time a new centre of Uruguay was developed called Montevideo, resulting in the loss of Colonia del Sacramento’s metropolitan flair. Colonia del Sacramento became a silent provincial town, thus saving its historical architecture and urban fabric. The heritage value of the city was first recognised in 1924, when several attempts to set up a conservation regime were made. In 1995 the historical centre of the city was included in the prestigious UNESCO World Heritage List and remains the only Uruguayan monument on this list.

The city has preserved many unique monuments dotted around the Plaza Mayor (main square) including the City Gate (Portón de Campo), with its impressive drawbridge, the 1857 Lighthouse and the Street of Sighs (Calle de los Suspiros) – a small street overseeing the sea. The Iglesia Matriz (Church of the Most Holy Sacrament) perfectly illustrates the post-colonial architecture of the city and is the oldest church in Uruguay, built between 1695 and 1699 (unusually the only church within the city’s walls). Many small museums of Portuguese colonial culture can also be found, one in a building which was constructed in the 18th century. Last to mention is the Casa del Virrey, Viceroy’s House, a reconstructed house made largely from stones. The origin of its name is curious, as there never was a viceroy in Colonia. This well-preserved urban landscape successfully delivers a snippet of the past, abolishing the city’s stormy political history.